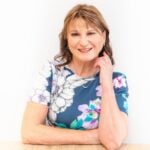 The history of indigenous Australians dates back 65,000 years. In addition to protein from kangaroos, emus, turtles, and fish, they ate a large variety of plant foods such as fruits, nuts, roots, vegetables, grasses, and seeds.

Today, chefs are looking more to native ingredients for culinary inspiration. They enjoy showcasing these exceptional ingredients unique to Australia and often offer them alongside award-winning wines. Gemtree Wines in McLaren Vale, forty minutes south of Adelaide, South Australia, have gardens of edible native plants. They use these as a special complement to their organic and biodynamic wine tastings.

Here are eight native elements that are making an impact on modern Australian menus.

Muntries, also known as native cranberries or emu apples, grow on low shrubs on the South Coast of Australia. The berries are green with a ripe red tinge and have a sweet and spicy apple flavor. With four times the antioxidant properties of blueberries, the fruit can be eaten fresh or used instead of apples or sultanas to make jam, chutney, sweet and savory sauces, and even wine.

Imagine delicate pearls resembling caviar that, when placed in your mouth, are bursting with a sour and tart tang. The fruit of the finger lime measures up to four inches and, not surprisingly, resembles the shape of a finger. It grows naturally in the subtropical rainforest along the border of South East Queensland and New South Wales on Australia’s east coast. The flesh of the fruit has a variety of colors from yellow, green, and pink, each with a distinctive supercharged lime flavor.

It makes for an excellent garnish for seafood when used fresh, and the tangy pearls delight in sauces, jams, and jellies. Finger limes are high in folate, potassium, vitamin E, and vitamin C. They have been used for their medicinal properties by indigenous Australians for thousands of years. Today they appear in salads, seafood, pasta, curries, sushi, desserts, and cocktails.

The seed of the Acacia tree, known as wattleseed, has been a staple food for indigenous Australians for thousands of years as a rich source of protein, fiber, and carbohydrates. The Aboriginal people used wattleseed to make a type of flour they mixed with water and baked “cakes” using hot coals and rocks.

The Acacia grows throughout most of Australia, but trees used for procuring wattleseed are mainly in the Northern Territory and South Australia.

Today, the taste and aroma of roasted coffee grounds, sweet spice, chocolate, and raisins make wattleseed a popular complement to modern Australian cuisine and beverages. With a low glycemic index, wattleseed is suitable for people with diabetes; perhaps not when served as wattleseed ice cream!

Saltbush is a long-living, sprawling, and gray-blue shrub growing in Australia’s dry and arid lands. It is an ideal food source for grazing sheep due to its tolerance to drought. There are also rich proteins and natural minerals. The lamb’s flesh has a fuller flavor, although the meat is leaner.

However, saltbush is now finding its way into fine dining kitchens where the fleshy leaves with a salty, herbal flavor are very versatile. While popular in salads, they also provide a bed for roasting meats (especially lamb). Leaves can be dried and used as a garnish, a seasoning, or to add flavor to the butter.

When Englishman Captain Cook discovered the East Coast of Australia in 1770, he needed to find a way to combat the ever-increasing incidence of scurvy among his ship’s crew of 70. He encouraged them to eat the warrigal greens they found growing in saline soil along the coast. Many of the nation’s first settlers and convicts owe their life to this unassuming leafy plant. Thankfully they soon worked out that you need to blanch the leaves before eating to remove the oxalates that can have adverse effects.

With a mild taste similar to spinach, the leaves of warrigal greens appear in recipes where spinach, chard, or Asian greens work well. The sturdy, fleshy leaves are great in stir fries as they handle heat well and hold their form. They are a tasty alternative to basil when making pesto.

Native to the woodlands and cool temperate rainforests of southeastern Australia, the mountain pepper is a bushy, medium to tall plant. Indigenous Australians used it to flavor their food and as traditional medicine for skin disorders, colic, and stomach ache. The leaves, stems, and berries have an aromatic, peppery taste and produce three times the antioxidants of blueberries.

In spring, the shrub produces creamy white flowers that turn into red berries during autumn. The flowers can be used fresh in salads or as a pretty, peppery garnish. The berries turn black as they ripen and harvesting occurs between March and May. Dried berries make a pungent native substitute for black pepper. The leaves are best picked before the plant flowers and are used fresh or dried to add a spicy flavor to curries, cheese, salad dressings, and sauces. They develop a subtler pepper flavor when cooked.

Lemon myrtle is a beautiful Australian shrub growing naturally in the New South Wales and Queensland coastal areas. It boasts an intensely citrus fragrance and flavor. It is Australia’s most popular herb. Indigenous Australians used lemon myrtle for 40,000 years to flavor fish dishes and to treat headaches by crushing and inhaling the leaves.

Today, the fresh and zesty leaves are used in teas, dressings, ice creams, dips, cakes, biscuits, and meat dishes. The essential oil distilled from the leaves has antifungal and antibacterial properties. When added to hand creams and soaps, the fresh lemony scent makes the products a popular souvenir for tourists.

Lemon myrtle is impacting Australian fine dining menus as an accompaniment to seafood, cheese, and sorbets.

Australia’s first people must have had resilient taste buds because they had Davidson plums as fresh fruit. The plums are extremely low in sugar, resulting in a mouth-puckering sharp taste. However, they have so many nutrients and antioxidants that they have been deemed a superfood.

The deep crimson-colored fruit grows on the trunks and branches of a subtropical tree. It attracts native animals such as tree kangaroos. Yes, there is such a thing! As with some Australian endemic trees, the seeds will only germinate once they’ve passed through an animal’s digestive tract.

A new wave of chefs is embracing the fruit’s sour power as beyond the acidity lies aromas of stewed rhubarb, musk, rose petals, and the earthiness of beets. Dedicated orchards are in place to meet the growing demand for Davidson plums.

With the addition of sugar, they are made into jam or a rich sauce to serve with game meat. It can be gently roasted with a bit of orange zest and vanilla and added to yogurt for a decadent breakfast. The syrup is often added to gin and tonic to make a refreshing summer cocktail.

Although being a young country first settled by the English in 1788, Australia is now a multicultural nation. After World War II, the country accepted more than 2 million migrants and displaced people from Europe, and the local cuisine became influenced by other countries. In recent years, native animals and vegetation have returned to local cuisine despite thriving here for thousands of years. They are making a delicious and sustainable impact on modern dinner tables. 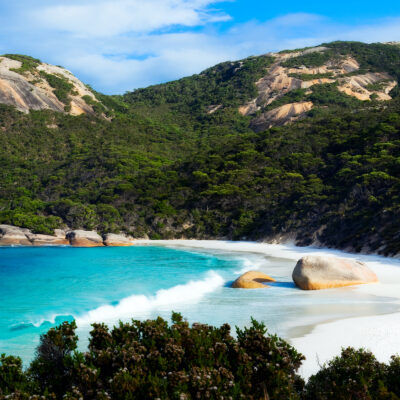 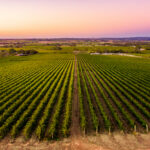 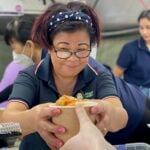