From Bordeaux To Marseilles: 9 Fabulous Food Experiences In Southern France

Following hot on the heels of our Amazing Experiences For Food Lovers In Northern France, we head south. This article covers some of the best-loved food experiences you can find between Bordeaux and Marseille, and even a step further east to Nice, covering some delicious must-try food experiences across the south of France.

France is a country where people work to live, and visitors love the lifestyle, the joie de vivre, and the French day-to-day approach to life. A lot of that special joy you find in France has to do with the food. Here, food is not rushed, rarely eaten in the street, unless you are sitting on a restaurant terrace, and it is always appreciated and enjoyed slowly with a glass of wine and with a lot of knowledge about ingredients and preparation. The French really do know how to celebrate their food.

The south of France is a large area with a lot of very different types of cooking, from more hearty, warming dishes down in the Occitan region near the Pyrenees to lighter dishes in Provence. Good wine is found throughout the country, with so many wine regions that I am not even going to try mentioning them all here.

Instead, I have listed a combination of food items, some personal favorites, some that everybody needs to try, plus a few famous dishes which have become restaurant staples around the world.

Considering the vast wine region around Bordeaux, this is going to be a pitiably short entry, but there are many more detailed articles on TravelAwaits about this region and subject. The important things to know are that when in Bordeaux, visit the Cite du Vin, the fabulous wine museum, head to the wine festival, and go out and eat and drink in the city, all the while scanning the labels of the wines you particularly enjoy. Then book yourself a bespoke wine tasting tour with a driver, and remember, most vineyards ship the wine worldwide, so bring a credit card.

Pro Tip: Don’t miss out on pretty little Saint-Emilion, a perfect lunch stop during your tour.

This hearty bean stew, always associated with Toulouse, takes its name from the earthenware casserole it is cooked in, the cassolle, a special cooking pot and serving dish made by the local potteries. Strictly speaking, the birthplace of the cassoulet is Castelnaudary, and the story goes that in 1355, the townspeople pooled the food they had left during a siege and created a big stew cooked in a cauldron. Every family and every restaurant has a slightly different recipe of the old favorite, and while they all have white beans in common, it’s the additions that vary from duck to pork, from Toulouse sausage to charcuterie, that make sampling different recipes such fun.

Pro Tip: Sit outside the market halls of Toulouse at Le J’ Go for a taste of cassoulet favored by the locals.

There are many more dishes to try in this region, from the Toulouse sausage to the Fenetre cake, but this one is one of my absolute favorites. Eating a pomponette (don’t you just love that name?) is like biting into a fluffy cloud. It looks substantial, but this simple, sugary brioche bun flavored with a hint of orange, is practically hollow and so light that I managed two in one sitting.

The pomponette seems to have evolved from the original Pomponette de Toulouse, the couronne briochée, a brioche crown or circular cake like a giant bagel. This was typically eaten in January, similar to the Galettes des Rois eaten at Epiphany across France. Someone very clever made them into individual little buns perfect for breakfast.

Pro Tip: Head straight to Au Poussin Bleu, père et fils, in the old quarter, and despite what I said about not eating in the street, bite straight into it as you walk along.

The Camargue is famous for its wild horses, its flamingos, and its beautiful otherworldly landscape. Part of what makes the landscape so unusual are the pink salt lakes, which are not only stunning to look at, but also produce a salt that is worth taking home. The fleur de sel, named for the snowflake- or flower-like crystals, is a type of salt harvested from the lagoons, which are filled with seawater which then evaporates leaving the salty crust behind. The salt is famously produced in France, also on the Ile de Re, and adds that special flavor to your dishes, salads, and chocolate desserts. The large crystals are pretty, and you can buy the salt in sacks and boxes that are perfect for taking home so you can sprinkle a little bit of France onto your food.

Pro Tip: Exploring the salt marshes is more interesting than it first looks, and you can do it by a small tourist train, on foot, or by mountain bike. Afterward, you can go shopping for some salt.

If you are a blue cheese enthusiast, then look no further than Roquefort. This sheep milk cheese formed with the help of the bacterium penicillium roqueforti, a cousin of our antibiotics, originates from just north of Montpellier and is called le fromage des rois et des papes, the cheese of king and popes. Roquefort was reportedly the favorite cheese of Charlemagne, and the recipe is one of the world’s oldest for cheeses. Protected by French law, the sharp and salty cheese is usually crumbled over salads or used in pasta dishes and is best enjoyed with a dry red wine of the region.

Pro Tip: To see where the cheese comes from, visit the impressive Roquefort Societe Caves. You’ll see hundreds of cheeses stored in the quite chilly underground rooms, learn more about the process, and obviously, have a taster at the end.

I was debating whether or not to include foie gras in this selection; after all, the treatment of the ducks and geese is not humane, indeed terribly cruel, but I feel that foie gras is such a staple on French menus that it needs to be mentioned. Basically, foie gras is the fatty and enlarged liver — foie gras literally means fat liver — from ducks and geese force-fed grains, making their liver grow to some 10 times its normal size. If that doesn’t make you want to become a vegetarian, then it will probably end up on your list of favorite food, and the delicacy is not only found on every good French restaurant’s menu but is also an essential food eaten at Christmas.

Pro Tip: In fact, cruel as it might be, the French cannot actually be blamed for inventing foie gras. It was the ancient Egyptians who watched the ducks and geese gorge themselves during migration and came up with the idea to speed up the process.

From a cruel fatty food to a yummy sweet one. The French nougat, that chewy confection made from sugar, honey, egg white, and nuts, is a Provençale delicacy, is delicious, and the best nougat comes from Montelimar just north of Avignon. But again, it was not the French who invented the sweet dish, but the Arabs, who still have a fondness for honey and nuts in their desserts today.

Just as foie gras is a staple at Christmas across France, in Provence, sweet dishes reign supreme, and nougat is among 13 different sweet treats served during the feast.

Pro Tip: I am sure your mouth is watering, so why not head straight to a nougat factory to see how it’s made and to taste the many variations? If you cannot make it to Provence, and find yourself in Paris around Christmas time, you can buy every nougat you could possibly imagine from the stalls along the Boulevard St. Germain.

This iconic dish, much praised by chef and cookbook author Julia Child, who lived in Marseille for a year, is a dish the locals are very proud of, and the ingredients of which are specified in a charter. Basically, bouillabaisse is a fish stew, originally made with fish not sold at the daily Marseille fish market by the fishermen and enhanced with the herbs and ingredients found in the surrounding countryside. Bouillabaisse has grown up somewhat nowadays to include high-end fish and numerous additional ingredients, but still sticking to the basic list of herbs, etc. to allow itself to be called a bouillabaisse.

Pro Tip: The dish is hearty, fresh, and so typically from the south of France, that it would be nearly a shame to recreate it away from its home. But there is a lot to learn about the local cuisine, so why not spend a gourmet day learning to cook it?

A Salade Nicoise has pretty much become a staple summer food around the world, but it has its humble origins in the city of Nice. Originally a food for “poor people” throwing together some lettuce leaves, tomatoes, anchovies, boiled eggs, and tuna to make a light yet filling dish, the salad has today earned near cult status, even having The New Yorker rhapsodizing about it.

The nice thing about this dish is that it is within everybody’s reach. There is not much to dislike about it, except maybe the capers or the anchovies, depending on how you are inclined, but it is cheap, easy to make, and simply delicious. You don’t need a cooking class; you don’t even need to come to Nice — although that enhances its flavor enormously.

For more on France, explore these articles: 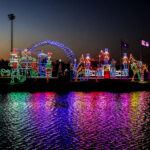 Zanzibar6 Things You Need To Know Before Visiting Beautiful Zanzibar 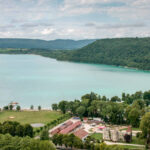