According to SmartAsset, Odessa and Midland, located halfway between Fort Worth and El Paso, are ranked second and third in the top 10 cities for Living the American Dream, with two more Texas cities listed five and six. There are another nine Texas towns in the Top 25. Midland ranked Number 1 in 2021 in Best Housing Markets for Growth and Stability with a home price growth since 1996 of 257 percent. Odessa ranked fourth with a 227 percent home price growth since 1996.

Both cities have played distinctive roles in the petroleum industry. Midland is home to the financial and trade center for the vast West Texas Permian Basin and the white-collar population. At the same time, Odessa is home to more blue-collar workers and industrial oil and gas facilities. The Midland-Odessa combined statistical area (CSA) known as the Petroplex has a population of about 225,000. Today’s rivalry between the two cities is a friendly competition and economic cooperation, marketed as “Two Cities, No Limits.”

The West Texas Permian Basin is relatively isolated, with Dallas/Fort Worth, Austin, El Paso, and Albuquerque more than 300 miles away. Located between Midland and Odessa, the Midland International Air & Space Port boasts American, Southwest, and United Airlines daily service. The airport is the gateway to Big Bend National Park, and the southernmost ski areas of Cloudcroft and Ruidoso are 2 hours away. The airport is the first primary commercial airport in the country to receive an FAA Spaceport designation.

The Midland Development Corporation is studying the concept of a “highway in the sky,” a corridor licensed by the FAA for high-speed supersonic testing between Midland and Spaceport America in New Mexico. When approved, the infrastructure would allow the Department of Defense and private companies to conduct experiments. The project will incentivize dozens of space companies to move to the Permian Basin.

In 1948, President George H. W. Bush and his wife Barbara lived in a two-bedroom, 800-square-foot house at 916 E 17th Street in Odessa, which the Odessa-based Presidential Museum later purchased. They spent one year in Odessa before moving to Midland for most of the decade.

George W. Bush grew up in Midland, attending several grades of public school. Midland is the hometown of President George W. Bush’s wife, Laura. The family later moved their oil business to Houston. George W. returned to his hometown of Midland to start his career in the oil business. The childhood home of George W. Bush and his mother and father, constructed in 1940 and purchased by the Bush family for $9,000, is a museum today.

The University of Texas Permian Basin houses the Presidential Museum, dedicated to the office of the presidency and the electoral process, and the John Ben Shepperd Public Leadership Institute, part of the Presidential Archives and Leadership Library. The Archives’ main exhibit is the Hall of Presidents, a historical journey through American history, following the presidents who have led our country. You’ll find four unique collections of presidential artifacts.

The Turner Mansion, the former home of Fred and Juliette Turner, has been home to Midland’s Museum of the Southwest since 1968. The compound boasts the Turner Memorial Art Museum, a sculpture garden, The Fredda Turner Durham Children’s Museum, and the Marian West and William Blakemore Planetarium.

Odessa’s Ellen Noel Art Museum offers art exhibitions, art programs, education, and outreach to connect people to art. The museum has four galleries, two classrooms, a family space, and a sculpture and sensory garden. The museum was renamed in 1995 to honor the philanthropy and leadership of Mrs. Ellen W. Noel. The institution boasts an official Smithsonian affiliate, allowing greater access to the millions of artifacts, collections, and resources of the Smithsonian Institution.

The Odessa Meteor Crater, created 62,000 years ago, became a national landmark in 1965. The crater measures 550 feet in diameter and is the second-largest in the country.

Visit the Wagner Noel Performing Arts Center located at the University of Texas at the Permian Basin, between Midland and Odessa. See Broadway, symphony, concerts, comedy acts, celebrating 10 years with Midland, Odessa, and the university as a national venue for the West Texas performing arts.

Find the Globe Theater, a replica of Shakespeare’s Globe Theatre, home of William Shakespeare’s acting company in England on the campus of Odessa College. The surrounding Writer’s Garden and a replica of his wife Anne Hathaway’s Cottage enhances the theater. Local Shakespearean scholar and teacher, Mrs. Marjorie Morris, created the 410-seat theater, establishing a showcase for the bard’s plays. The Globe hosts a monthly music show, plus community theater performances.

Midland’s Brown-Dorsey Medallion Home, owned by the Midland Historical Society, is the oldest house in Midland, constructed in 1899. See the home, decorated with furnishings from the 1800s, featuring a magnificent Gothic art glass window.

Charles and Lucy White and their two sons, Wilfred and Herbert, built the Historic White-Pool House, a red brick two-story house in 1887 in Odessa. The Whites, a Quaker family, came by train from Indiana in the mid-1880s. Oso Pool purchased the house in 1923 and converted the home to apartments during the 1927 oil boom.

Freedom Park is a small residential-urban park that features several benches, a peaceful duck pond, and walking paths. Established by the Oasis Foundation in 1976, the park hosts many Odessa community social events. See a list of more hike and bike trails on the Odessa Parks and Recreation site.

Odessa is home to the NAHL Odessa Jackalopes Hockey Team, proud North American Hockey League members. The team plays at the Ector County Coliseum, offering party pits and small and large suites for business or fun with family and friends.

Odessa is famous for football and is nationally known for its highly competitive football programs. Permian High School earned the Texas state high school title six times from 1964 to 1991, and Odessa High was champion in 1946. The town was the subject of the Buzz Bissinger 1990 book Friday Night Lights.

You’ll find 13 golf courses in the area, eight in Midland, and five in Odessa. Of the eight, five are private, two are municipal courses, and one is public. The oldest golf course is the Odessa Country Club, which opened in 1939. Odessa’s Sunset Golf & Country Club is rated the best facility in Midland/Odessa.

John V. Pliska built his Pliska Airplane after he saw a Wright Brothers Model B plane land in Midland in 1911 on a flight across the country. He flew his aircraft in 1912, the first plane built and flown in Texas. See the airplane hanging above the baggage claim area at Midland International Air & Space Port.

See the 2,800 square foot Chris Kyle “American Sniper” Memorial Plaza next to the Veterans’ Clinic at the Medical Center Hospital on SH 191. Kyle was born in Odessa and served with SEAL Team Three.

Odessa’s University of Texas of the Permian Basin Stonehenge is a nearly full-sized replica built in the summer of 2004 by two stoneworkers. The structure, made of limestone slabs up to 19 feet tall and weighing 20 tons each, is slightly shorter than the original but exact in horizontal size and astronomically accurate.

Jack Ben Rabbit is an eight-foot-tall jackrabbit. Find another 37 Jamboree Jackrabbits around the city of Odessa.

When you visit Midland and Odessa, you’ll find they are much more alike than they are different, and the cities are expanding closer together.

The size and history of Texas can foster many stories of the state’s towns, like these: 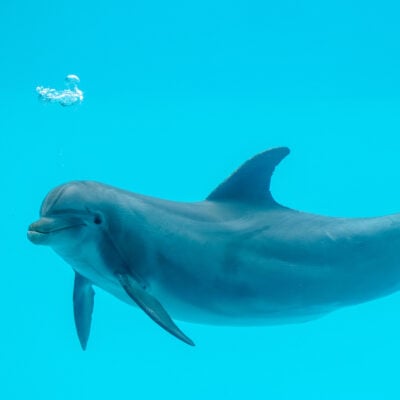 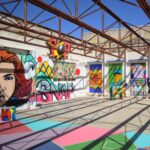 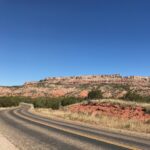