Situated on one of the flattest areas of North America, Lubbock, Texas, is an oasis of arts, culture, wine production, and fine dining one might not expect in the far western reaches of Texas.

Texas is the fifth-largest wine-producing state in the United States, and of all the wine grapes grown in Texas, nearly 90 percent are grown in and around Lubbock, as I learned on a recent hosted trip to Lubbock. (All opinions are my own.)

The High Plains of West Texas does “the dirty work” of growing the grapes while the Hill Country gets all the love. While Lubbock may be the unsung hero of wine in the Lone Star State, it’s also a hot spot for arts, as well, with numerous fine arts galleries, the First Friday Art Trail, and classes and shows in the Lubbock Cultural District.

All these cultural and progressive steps in Lubbock have also created a vibrant dining scene that ranges from hearty and meaty Texas barbecue joints to fine dining that rivals any big city in North America with dozens of fantastic restaurants to try in Lubbock, Texas.

While exploring the public art sculptures on the Texas Tech campus, learning about rock and roll legend Buddy Holly at the Buddy Holly Center, or sipping wines at McPherson Cellars and Llano Estacado Winery, you’ll work up quite an appetite.

Here are six fantastic restaurants to try in Lubbock, Texas.

Of course, you’ll want to wash down all that good spicy food with a cocktail. La Sirena is famous for its Cactus Water made with Cimarron Blanco Tequila, Topo Chico, and a big squeeze of fresh lime juice; or the variety of tequila and mezcal flights to sample.

If you’ve never indulged in a giant piece of Jack Daniels-infused pecan pie or coconut cream pie for breakfast, well, partner, have you really lived? The Cast Iron Grill isn’t just known for its western feel and bigger-than-life breakfast platters, it’s famous for its pie (which usually sells out before the lunch rush).

Owner Teresa Stephens opened the Cast Iron Grill in October 2007 with only 55 seats in an office building located at 18th and K. After five years, the restaurant grew in popularity to 167 seats — and 24 workers working on top of each other — and in 2012, “the Lord chose a different journey for the CIG. We relocated the CIG and opened our doors on January 2, 2013, just four blocks away from the old location,” said Teresa.

Teresa, who hadn’t been a baker before opening the restaurant, quickly scoured her grandmother’s recipes and started baking hundreds of pies for the restaurant herself. In 2011, she baked over 1,000 pies and the selections keep expanding.

The restaurant offers a full menu of burgers, sandwiches, salads, and mains, but breakfast is where the real magic shines. From country-fried steak and eggs to huevos rancheros, The Cast Iron Grill is a local hot spot for breakfast and lunch.

And then there are the pies. Made fresh every day, the pies range from your typical coconut cream and chocolate cream pies to Lubbock originals like the Jack Daniels Pecan Pie, a Sawdust Pie (surprise yourself with this rich and gooey selection), and blueberry banana split pies.

You’ll never feel so good about having pie for breakfast.

Pro Tip: Get there early if you want pie. The selections rotate out each day, but the pies inevitably sell out by late morning.

For lunch, indulge in a selection of food pairings with the subtle and bold tastes of the Burklee Hill Vineyards wines at Burklee Hill Bistro & Tasting Room in downtown Lubbock.

Chace and Elizabeth Hill founded Burklee Hill Vineyards, and at our lunch, we sampled their delectable food menu paired with selections of their own wines. This popular lunch and brunch hot spot serves up pizzettes (small pizzas), fresh salads (I recommend the harvest salad made with mixed greens, feta, apples, shallots, cranberries, glazed pecans, and creamy lemon vinaigrette), a variety of sandwiches, and wraps and shareables, like the hummus, the charcuterie, and the artichoke schmear (tastes way better than it sounds).

Highlights of the weekend dinner menu include an herb-crusted rack of lamb and a blackened Atlantic cod, while the brunch menu includes selections like bananas foster French toast, and shrimp and grits.

Most of all, you’ll want to try the wines from Burklee Hill.

Pro Tip: If you plan to visit for dinner or brunch, make a reservation early. This popular restaurant fills up pretty quickly.

In June 2017, Texas Monthly published its list of the top 50 barbecue joints in Texas that no one should miss before dying, and Evie Mae’s Pit Barbecue in Lubbock came in at the number 9 spot.

It’s easy to see why. Founded by Arnis and Mallory Robbins, the wooden-floored, cow-decorated barbecue joint was actually born when Arnis was diagnosed with celiac disease. After grilling became mainstream in the Robbins family (Arnis even built his own smoker), the couple began getting requests for barbecue and smoked meats.

Gaining a rabid following after moving to Lubbock, the Robbins broke ground at their brick and mortar building in Lubbock in January of 2016, and the business has been smokin’ hot ever since.

Evie Mae’s serves up traditional barbecue favorites like pulled pork, brisket, smoked turkey, sausage, and chopped brisket, but the sides are just as good as that tender meat. Try the jalapeno cornbread, green chile cheese grits, the brisket chili, or the green beans.

Oh, and come hungry. Evie Mae’s doesn’t skimp on portion size, so wear your loose pants and skip breakfast — you’ll fill up on so much good Texas barbecue, you might not be able to move later.

I’ve never had a croissant so delicate and flaky as the one at Ninety-Two Bakery & Cafe, one of Lubbock’s newest eateries, inspired by the French countryside.

General Manager Drew Warren took his love of the Lord and good food to Lubbock and imagined a bakery and coffee shop that would become a “third place,” a cozy and comforting spot between your first place (home) or your second place (work). In addition to freshly baked pastries and breads, barista-style coffees, and simple, French-style breakfasts, Ninety-Two Bakery & Cafe is a greenery-draped, soothingly lit piece of French style in the High Plains.

I had the simple French Breakfast, a sampling of the freshly-baked breads with whipped butter, a variety of jams, and even sweet butters. Other breakfast items that were too good to pass up include the Croque Madame, which consists of toasted sourdough topped with stone ground mustard, black forest ham, gruyère cheese, and a poached egg, covered in a creamy béchamel sauce. The always popular avocado toast is made with toasted sourdough bread topped with herbed ricotta, mashed avocado, watermelon radish, arugula, and a local fresh poached egg.

This French bistro also has lunch selections, including French onion soup, salads, and a variety of sandwiches.

If nothing else, you absolutely must try the croissant. It’s so good it brings tears to the eyes.

The Nicolett is a new fine-dining destination in Lubbock from Chef Finn Walter, and the elegant menu showcases ingredients that are natural to the region. Bringing with him training from his time in Paris, Austin, Napa Valley, and Santa Fe, Walter opened Nicolett to pay homage to the history of the West Texas region and its unique ingredients.

We dined privately that night in the outdoor greenhouse, a lush, vine-covered historic space that glowed with subtle string lighting and intimate candles. To be honest, it was a magical space in the outdoors, but the restaurant itself is situated in an older home, so the entire place is intimate and lovely.

Let’s talk about the menu. With starters, like elk tartare and dessert salad, the menu immediately pulls in the flavors of West Texas. The menu changes seasonally, but a typical “fall menu” may include such dishes as beef cheek brisket with Japanese pickles and black truffle, the quail baked in brioche, or a triple-seared Denver steak.

The desserts are just as high-brow and delectable. Try the roasted white chocolate made with juniper and preserved winter fruit or the black truffle-triple cream cheese Brillat-Savarin.

If you have someone you want to impress, or just need a fancy night out on the town, you’ll want to make a reservation ASAP at Nicolett.

Pro Tip: Nicolett offers a special cocktail hour from 4 to 6 p.m. Tuesday through Friday. No reservations are needed, and you can enjoy $7 house wine or $5 draft beer along with charcuterie from Antonelli’s of Austin.

Many Texas cities have noted restaurants that deserve a visit. Consider: 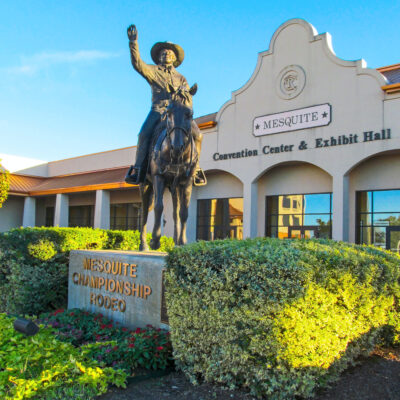 Texas9 Amazing Experiences In The Rodeo Capital Of Texas 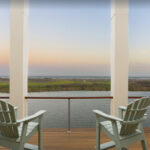 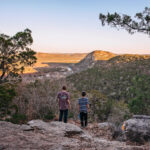 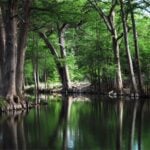