Australia’s geographical isolation has resulted in cute animals found nowhere else in the world. They can be shy and elusive in their natural environments, so it’s worth knowing about wildlife experiences where personal interactions are guaranteed.

1. A Selfie With A Quokka

The quokka may be the cutest animal you’ve never heard of. Dubbed the “happiest animal on earth” because of their cheeky smiles and willingness to join you in a selfie, the quokka is a rabbit-sized distant relative of the kangaroo that also carries their joeys in their pouches. Meet quokkas on Rottnest Island, a 30-minute ferry trip from Perth in Western Australia. The island is famous for its white sandy beaches, turquoise water, and cute quokkas.

Quokkas are everywhere on “Rotto” — especially around the settlement where the ferry docks. Take the free walking tour called Meet the Quokkas. The cute little critters are naturally inquisitive. Get down to their level and wait for them to come to you. Both Chris Hemsworth and Margot Robbie have posted quokka selfies, but these creatures will happily hop into anyone’s shot.

Rottnest Island is car-free, and most people hire a bike, although there is a shuttle. Late afternoon is the best time to see quokkas when they are on the road in higher numbers.

Please don’t touch or feed them. Human food doesn’t agree with quokkas. Here as elsewhere in Australia, there are stringent guidelines so that wildlife encounters are rewarding — for both you and our cute critters.

Koalas look as cute as Teddy bears, but they are not bears. Instead, they are marsupials who carry their young in a pouch. Only Queensland, South Australia, and Western Australia allow tourists to hold a koala. Even then, interactions are restricted. In Queensland, koalas are held 30 minutes a day for no more than three consecutive days in a row. Koalas spend their days snacking on eucalyptus leaves or snoozing. They sleep up to 20 hours a day, so they may fall asleep in your arms!

Cradle a koala at Lone Pine Koala Sanctuary outside Brisbane or Currumbin Wildlife Sanctuary on the Gold Coast. Similar cradling experiences are offered in Kangaroo Island Wildlife Park and Cleland Wildlife Park in South Australia. In other states, only keepers handle koalas. But they are placed on low tree forks so visitors can easily see them. Have your photograph taken with a koala at Featherdale Wildlife Park near the Blue Mountains, Ballarat Wildlife Park in Victoria, or breakfast with the koalas at WILD LIFE Sydney Zoo. At Koala Conservation Reserve on Phillip Island, come face-to-face with koalas in their natural habitat along the treetop boardwalks.

Free places to see koalas in the wild include Kennett River, on the Great Ocean Road, and Raymond Island, in Gippsland.

Phillip Island, a 90-minute drive from Melbourne, is home to the world-famous Penguin Parade. What started in the 1920s with a few people gathering to watch penguins has become one of Australia’s most popular tourist attractions. A $58.2 million dollar visitor’s center now surrounds this natural phenomenon. Phillip Island has a population of some 32,000 little penguins. The parents leave their chicks in their burrows by day and head out to the ocean to hunt fish. They only partially digest their food, so they can regurgitate the fish into the chicks’ mouths when they return at dusk.

Onlookers have a sense of expectancy as the penguins surf the waves into shore. When they have safety in numbers, they begin a cute waddle up the beach to their burrows. Thousands of tourists watch on elevated timber boardwalks, tiered seating, or underground viewing platforms — the little penguins march on regardless of the excitement their cuteness creates. For a more up-close-and-personal experience, tickets are available for a small group, ranger-guided tour where you can walk among penguins on a secluded beach. Phillip Island is also worth visiting for its multitude of wildlife, the wild coastline, beaches, and dramatic rock formations. See a live stream of the Penguin Parade on YouTube.

Pro Tip: The movie Oddball was based on a true story. Visit Warrnambool, the setting in a seaside town in Victoria. Foxes decimated the fairy penguins, and a local farmer suggested bringing in Maremma dogs to patrol their burrows. The island is off-limits, but there is a Meet the Marammas experience at Flagstaff Hill Maritime Village.

4. Play With A Dingo

The dingo is a threatened species, and conservation groups believe they deserve to be protected. Wild dingoes have a natural fear of people and generally shy away. But a couple of high-profile attacks have gripped the media. Because of their reputation, many people have an interest in knowing more about these wolf-like creatures. Various wildlife centers offer experiences where you can have your questions answered about the infamous dingo and interact with them in ways you could never do in the wild.

At Symbio Wildlife Park, south of Sydney, go behind the scenes and play with the pups. Alice Springs Desert Park and Moonlit Sanctuary, near Melbourne, have experiences where you can walk with dingoes on leashes accompanied by one of their keepers. For wild sightings, head to the World Heritage-listed Fraser Island in Queensland, home to the purest dingo population in Australia. There are strict rules not to hike alone on the island and never to feed them—precautions people also take overseas in bear country.

5. Pop In On A Tasmanian Devil

The Tasmanian devil is a feisty little fellow and an inspiration for Taz, one of the Looney Tunes characters. Now only found in Tasmania, the creature plays an important part in the ecosystem by helping to control introduced animals such as feral cats and foxes. Watching one of their feeding sessions is unforgettable as they latch onto proffered meat with such tenacity. And their growl is like something out of The Exorcist. Head to [email protected] in Cradle Mountain-ise St Clair National Park for all kinds of devilish experiences. Closer to Hobart is the Tasmanian Devil Unzoo, offering a 4WD Devil Tracker Tours and a plastic bubble experience where you pop your head up into their world.

When it comes to Australia‘s wildlife, the first animals to spring to mind are our kangaroos. Australia is home to an estimated 50 million kangaroos, so they outnumber people two to one. You are bound to see them in the wild, either grazing in a paddock, bounding in the bush, or lazing on a grassy golf course. If you’d like to pat or hand-feed a kangaroo, visit one of our many sanctuaries. Pop into Australia Zoo of Steve Irwin fame on the Sunshine Coast to stroll the grasslands where kangaroos roam free. A similar experience exists in Healesville Sanctuary near Melbourne. For an outback encounter, try The Kangaroo Sanctuary’s afternoon tours in Alice Springs.

Pro Tip: To protect wildlife, be wary when driving in rural areas at dusk when kangaroos can unexpectedly bound in front of you. Kangaroos can also cause serious accidents if they crash through a front windscreen.

Wombats look like fluffy little boulders and live in cooler areas in southeastern Australia. Wander among them on Maria Island, a short ferry ride from Hobart, Tasmania. You don’t have to walk far before you see them grazing. Stay still and they likely will come to you.

Weighing up to 66 pounds, they appear plodding but can reach speeds of 25 miles per hour if running from dogs or Tasmanian devils. Their tactic is to delve headfirst into their burrows, leaving their backside exposed to the confounded predator while they kick them away with their strong hind paws. Wombats poop in cubes. If they were into building, they could construct little pyramids.

Emirates One&Only Wolgan Valley near Sydney is a luxury resort and another great place to see them. Take a wombat safari or spot them from horseback, 4WD, or when out mountain biking. Then 26-year-old Charles Darwin visited Australia in early 1836 on his round-the-world voyage in the HMS Beagle to study unusual species. Guests can visit the historic homestead on the property where he was a guest. Many wildlife parks offer opportunities to hold wombats, such as Ballarat Wildlife Park. I’ve held one in Tasmania, and it’s like cradling a baby. A big fur baby!

There are numerous places to swim with wild dolphins in Australia. But there are also places where wild dolphins reliably swim up to meet you. Monkey Mia is a famous stop on a road trip along Western Australia’s magnificent Coral Coast. The Department of Parks and Wildlife established Monkey Mia as a marine reserve in 1990 to help protect dolphins while allowing selected visitors to feed them. Today, it is one of the best and most reliable places in the world for dolphin interactions. Dolphins only receive 10 percent of their daily food requirement — to ensure they continue to hunt and remain wild. There is a small entry fee to the reserve, but the dolphin interaction is free.

Echidnas have a beak, a long tongue like an anteater, hedgehog-like spines, a pouch like a kangaroo, and lay eggs. This strange mix is why echidnas are named after “Echidna,” a creature from Greek mythology who was half-woman and half-snake. Most Australian zoos and wildlife parks offer encounters with these spiky little creatures. They will capture your heart as they come in for a cuddle — they might even sit on your lap. Enjoy echidna encounters at Healesville Sanctuary in the Yarra Valley, Kangaroo Island Wildlife Park, and Taronga Zoo Sydney.

Sea lions are the “puppy dogs of the sea.” Swim with these playful creatures in Port Lincoln, South Australia, where they’ll entertain you with somersaults and backflips and expect you, their newfound playmate, to do the same. Calypso Star Charters takes you out by boat before you dive into the clear waters. You can also have amazing interactive seal experiences in Narooma, a small town in New South Wales on the far south coast. Book a tour with Montague Island Tours or Island Charters Narooma.

For other examples of up-close encounters with Australia’s wildlife, check out these articles: 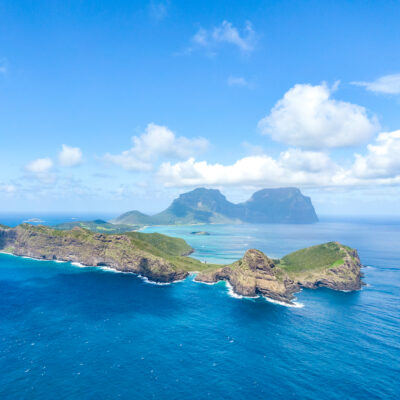 Australia10 Amazing Experiences In One Of Australia’s Best-Kept Secrets 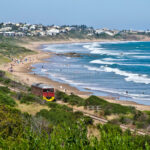 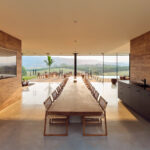 Australia8 Rare Sky Phenomena You Can Witness In Australia