Orlando and its theme parks cast a long shadow over tourism in Central Florida, but another destination is starting to shine. National Geographic Traveler recently named Florida’s Space Coast the top family vacation destination in the U.S. The Space Coast runs from the Kennedy Space Center to the beaches of the Archie Carr National Wildlife Refuge in southern Brevard County. That’s 72 miles of wonder.

The northern end of the Space Coast is dominated by the Space Center and the tourist excitement over the return to launches. Plus you have Cocoa Beach, a major tourism destination by itself.

Here’s a summary of some of the top things to do and see on Florida’s Space Coast. We’ll list them in order from north to south. You can make the trip all the way on U.S. Highway A1A.

Located just north of the Kennedy Space Center, the Canaveral National Seashore is actually so close you can see the launch towers. At times, it could even be called too close, considering the seashore is closed during launch windows.

The beaches here are natural and pristine. They are popular with Orlando visitors and tourists. The long shoreline has three specific parts. The southern beaches, Playalinda, have parking and restrooms, but that’s about all. The northern beaches, Apollo, have fewer parking lots, and they fill up early, especially in the summer. In the middle is a 15-mile area known as the Klondike. It is inaccessible by cars. The only way in and out is walking or by boat. Make sure you have water and sunscreen.

On the backside of the island is the Mosquito Lagoon, with fishing and kayaking trails. Bring bug spray. It didn’t get that name for nothing.

A note of interest: There are nude beaches in remote areas of both Playalinda and Apollo Beach. Signs give you fair warning. The nudists keep pretty much to themselves and there is almost no interaction with families and the regular beach crowd.

Editor’s Note: If your interest is piqued, read our guide to everything you wanted to know about being a naturist but were afraid to ask, written by our naturist (i.e. nudist) contributor, Chris Moore.

Access is on the same road that takes you to the Canaveral Seashore Playalinda entrance. The best time to visit here is November to March, as that’s when the bird population is at its best. There is a 9-mile unpaved road that takes you to the best birding spots. There are a number of hiking trails. The refuge visitor center is currently closed due to COVID restrictions, but the roads and trails are open. And there are even hiking tours led by refuge Rangers.

Now that the U.S. is back in the launch business, people are flocking to the beaches and causeways for the lift-off views. The best view is from along US 1 in Titusville, where you get an unobstructed view across the river. Hotels are almost impossible to get around the launch windows. There is a website that posts the launch schedule so you can be prepared.

No trip to the Space Center is complete without stopping at the Visitor’s Center. Here you can see full-scale mockups of America’s space fleet, including a Space Shuttle. There are iMax movies, a ride that simulates what the astronauts feel during lift-off, and a large gift shop. Make sure to read our article on everything you need to know about visiting Kennedy Space Center if you plan to make it a part of your trip.

This is a major cruise ship port. In 2019, 4.5 million passengers embarked on ships from four different cruise lines. The port also offloaded six million tons of cargo, making it one of the busiest ports on the East Coast. The port has been mostly silent since March 2020 because of COVID, but the federal “no sail order” has been lifted and cruising is scheduled to start ramping up in 2021.

Jutting 800 feet out into the Atlantic, the Cocoa Beach Pier offers several restaurants including the Rikki Tiki Beach Bar at the end of the pier. It was voted the best beach bar on the Space Coast in 2020. People gather on the pier to watch surfers, fish, eat, and drink. Just be careful with the parking meters. The parking lot is patrolled all day by the ever-diligent meter police, who are quick to write up expired visitors. Trust me on this, I know from experience.

Located on Highway A1A in Cocoa Beach, Ron Jon bills itself as the world’s largest surf shop. They have everything from boards to wetsuits. A Ron Jon T-shirt is a must. It’s been around since 1959, and folklore has it the founder, a guy named Ron from New Jersey, financed the startup with money made from the illicit weed trade. The store also houses the Florida Surf Museum.

The beaches at Cocoa Beach are wide and white. The shore is lined with hotels and condos. There are three city parks, with free parking, for public access to the beach. All the city parks have restrooms and outside showers. This is the closest beach to Orlando and the theme parks.

On the mainland is the city of Cocoa, with its quaint and a little quirky Cocoa Village. Its narrow streets are a warren of small locally owned shops and restaurants. Because of the crowded nature of the village, most restaurants have limited outdoor seating along the sidewalk. No trip to the village is complete without coffee or lunch at Ossorio’s Cafe and Bakery, which has been a landmark since 2003.

This massive waterway flows the entire length of the Space Coast and is the second-largest estuary in the United States, behind the Chesapeake Bay. It originates near Daytona Beach and flows to Palm Beach, spanning over 156 miles. The lagoon is a place for fishing, boating, kayaking, and lots of outdoor fun. Water quality has been an issue in recent years because of all the growth in the region, but local voters passed a special sales tax to pay for cleanup projects, which are underway.

This may not be the biggest, but it’s is one of the best — voted #8 in the country by U.S. News magazine. Admission is currently by reservation only. There are no elephants or lions, but there are over 900 animals, including rhinos and giraffes.

This is one of the oldest structures on the beachside of the Space Coast, built in 1889 as a dock for boats bringing supplies to the island. It also brought the first beach lovers. Traffic got so busy that a short rail line was built to transport people from the dock to the beach, not quite a mile away. Today the pier juts 650-feet out into the lagoon and is used for sunset viewing and fishing. The pier was added to the National Register of Historic Places in 1984.

The district is an eight-square-block area of shops for artisans and their art suppliers. There are small shops housing artworks from disciplines like oil painting and photography. Jody Carter’s Art Expressions shop sells many artists’ works and specializes in framing for local fine art photographers and painters. In addition to the arts, there is also a pawn shop, hardware store, barbershop, and a vapor smoke shop. You’ll find a lot of character in one of the oldest neighborhoods in town.

Driving south on Highway A1A leads you to the Archie Carr National Wildlife Refuge, a 900-acre undisturbed beachfront. There is limited public access restricted at a few small beachside parks. The Refuge was established in 1991 to protect the egg nesting shoreline for loggerhead, leatherback, and green turtles.

Editor’s Note: Love turtles? Read up on eight places to see baby sea turtles hatch (yes, many are in Florida!), plus the story of endangered sea turtles found “cold-stunned” on Cape Cod who are now being cared for in the Florida Keys.

14. Fishing And Surfing At The State Park

At the very southern end of the Space Coast is the Sebastian Inlet State Park. The biggest features are the two fishing jetties that reach out into the Atlantic. Hundreds of anglers can be found there almost any day of the week, trying to snag fish that migrate through a pass between the Atlantic and Indian River Lagoon. The park is known as one of the best surfing beaches in Florida, with boarders trying their luck with breaks called Monster Hole and First Peak. A campground offers good RV camping, but tent campers have little shade cover from the Florida sun.

Florida’s Space Coast is more laid back than other beach destinations on the Atlantic coast of the state. It’s not rowdy like Daytona Beach can sometimes be. It’s not overly crowded like South Beach in Miami. But for the eco traveler, there are lots of things to do. The best way to see it is to travel highway A1A along the coast, through beach towns and wilderness preserves. Have fun, and maybe get lucky enough to catch a rocket launch. 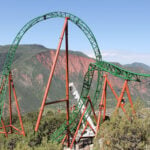 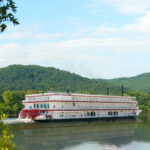 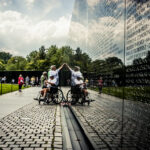 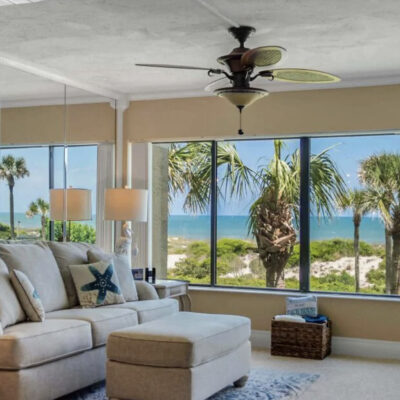 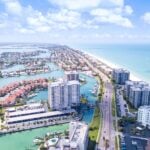 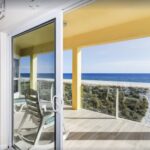 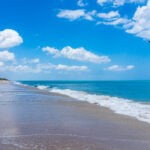