A popular activity for travelers to Florida during the Christmas season is to see and enjoy a holiday boat parade. Now, due to COVID restrictions, many of the state’s coastal communities have canceled or postponed their parades, but not all. Here’s a roundup of boat parades all across Florida that are still on, listed by date.

For three decades, the Jacksonville Light Boat Parade has thrilled and entertained locals and visitors alike, with ships of all kinds decorated with holiday spirit as they sail the St. Johns River. Visitors are recommended to gather along the north and south banks. The Riverfront Plaza will also be a good place to see the parade. After the parade, be sure to stay for the fireworks.

This small town along the Gulf of Mexico is known as the Sponge Capital of the World, but they know how to throw a boat parade as well. The Tarpon Springs Illuminated Boat Parade runs along the Anclote River and into the neighboring bayous. Locals will tell you that the best spots for viewing are in Craig Park, and Spring Bayou.

Located along the river waterway, not too far from Daytona and Ormond Beach, the annual Tomoka River Christmas Boat Parade is one for smaller boats and was created to help others. Each year, they collect donations of unwrapped gifts for Toys For Tots. The parade passes by the RiverGrille Restaurant which is where organizers are asking that gifts be dropped off.

The Daytona Beach Christmas Boat Parade is scheduled for December 5 at 6 p.m. and will benefit the Veterans Support Fund this year. The parade floats along the Halifax River and is sponsored by the Halifax River Yacht Club. Organizers recommend arriving early, and the following locations for best viewing; the Chart House Restaurant, Daytona Marina and Boat Works, City Island, Manatee Island, and Halifax Harbor Marina.

For more than two decades, The Annual Palm Valley Boat Parade has become a popular North Florida event and is known as the “Mardi Gras” of Florida boat parades. The route begins one mile south of the Palm Valley Bridge and heads north for about 7 miles along Palm Valley’s intercoastal waterway.

This will be the 32nd year for the Fort Myers Beach Christmas Boat Parade. If awards mean anything, it may be the best Christmas parade in Florida, as it was voted the 5th Best Holiday Parade by USA Today, and that included street parades. According to the city’s website, the best viewing can be found at the many restaurants along Salty Sam’s Marina.

Venice is located just south of Sarasota. Organizers say The Venice Christmas Boat Parade is one of the most viewed parades in the state, thanks to multiple viewing options along the miles of intercoastal waters. They say all spectators get closer to the boats than other parades.

One of the few boat parades that we can find that actually takes place on a lake, and not an intercoastal waterway or river. Hosted by one of the oldest yacht clubs in the state, the proceeds raised from the Lake Weir Christmas Boat Parade will benefit a local food pantry.

The renowned city of Palm Beach is located on the Atlantic side of the state, north of Miami. The Marine Industries Association of Palm Beach County has been hosting the Annual Palm Beach Holiday Boat Parade since 1994. The parade will be led by a traveling fireworks display, followed by the parade of boats that will travel from North Palm Beach up to the Jupiter Inlet Lighthouse. Crowds are expected to be sizable, and it’s recommended you arrive early to find your viewing spot.

Pompano Beach is located on the Atlantic side of the state, just south of Boca Raton. The Annual Pompano Beach Holiday Beach Parade is known as the oldest parade in the state. 50 to 75 boats are expected to participate. This year’s parade is themed as a “Salute” to first responders and essential workers.

Located just south of Tampa, the annual Apollo Beach Lighted Boat Parade is put on by the members of the Tampa Sailing Squadron. The fun starts from the TSS Deck and Pavilion located at 1250 Apollo Beach Blvd.

Marathon is located near Key West, and has hosted the Annual Lighted Boat Parade since 1996. This parade will begin on the west side of Boot Key Harbor, near mile marker 7, and float east towards the harbor. Florida Rambler lists the following locations for best viewing: Marathon Marina, Lazy Days South, Panchos Fuel Dock, Burdines Waterfront, and Sombrero Marina Dockside.

Known as “Pirates Of The Keys,” the Key Largo Holiday Boat Parade takes place in the famed Blackwater Sound, at mile marker 104. Known for its varying entries, this parade will feature yachts as large as 55 feet, kayaks, paddle boarders, and sailboats. Keys Weekly says the best viewing options are the Marriott Resort Hotel and Jimmy Johnson’s restaurant. The parade is a fundraiser for the Key Largo Sunset Rotary Club Foundation.

The beautiful city of Naples provides a beautiful backdrop for The Christmas Boat Parade on Naples Bay. There are plenty of local eateries to choose your viewing spot, but one local website recommends best viewing at the Naples City Dock, Pinchers Tin City, Riverwalk Restaurant, Naples Landing, Kelly’s Fish House, The Boat House on Naples Bay, and Bayview Park.

The atmosphere around downtown Tampa will be electric just days before Christmas as the city’s famed Riverwalk hosts the annual Holiday Lighted Boat Parade. For this parade, the boats will complete a loop route, thus allowing even better viewing from both sides of the river. 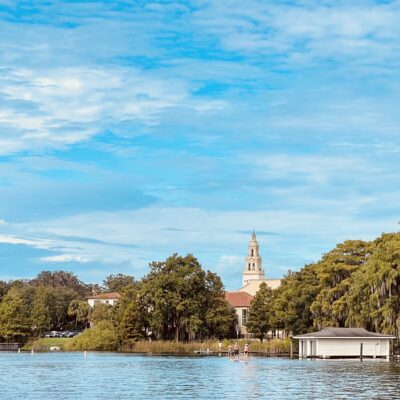 Florida11 Fabulous Things To Do In Ponte Vedra, Florida 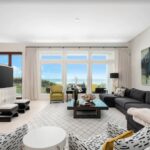