Ice wine was accidentally discovered centuries ago in what is now Germany, where it is known as eiswein. Essentially, when grapes are frozen on the vine, harvested (usually around 20 degrees), and then pressed, the resulting beverage is a super-sweet dessert wine known as ice wine. According to Wine Folly, some of the grapes used for this method are cabernet franc, chenin blanc, merlot, riesling, gruner veltliner, and gewurztraminer.

For it to be considered a true ice wine, the grapes must be hand-picked off the frozen vine, not commercially frozen. That means that this wine is only produced during years when it’s cold enough. That, plus the fact that this method uses far more grapes and requires more labor, means that ice wines are more expensive — but they’re worth the money.

There are plenty of places all over the world where you can sample and purchase ice wines. Here are some of the best.

This tiny yet charming European nation, roughly the size of Rhode Island, produces ice wine. Due to warmer winters, the last year of production was 2016. If you’re in the area, check out operations like Domaine Alice Hartmann (only open Fridays), Caves Saint Martin (with six wine-cellar tour options), and Domaines Vinsmoselle (the country’s oldest wine producer). Luxembourg is easily accessible from nearby European nations like Belgium, Germany, and France, so consider a visit on your next European vacation.

Wisconsin’s Door County, the jagged, picturesque peninsula that juts out into Green Bay and Lake Michigan, is a regular producer of ice wine. The region is a convenient drive from larger cities like Milwaukee and Chicago. Try the ice wine offerings at Door 44 Winery in Sturgeon Bay, which are grown nearby at sister winery Parallel 44. This region is one of just a few that are cold enough to produce ice wine every year; it is part of the Wisconsin Ledge American Viticultural Area (AVA). A nearby winery that also produces ice wine is the Trout Springs Winery in Greenleaf, Wisconsin; it’s also in the Wisconsin Ledge AVA.

While Ontario and British Columbia both produce excellent ice wines, my personal favorites in Canada come from the province of Quebec, especially the scenic, pastoral Ile d’Orleans near Quebec City. There are numerous delights sure to satisfy the pickiest oenophile at Vignoble Sainte-Petronille. Stop in for a tasting, or enjoy the free tour and vineyard walk.

This cute Bavarian-style village in Washington is a winning destination for many reasons. First, it’s just a short drive from Seattle, a major airport hub. Second, it has a rustic winery (located in a log cabin!) that also happens to craft ice wines. Icicle Ridge Winery has been producing wine since 2000. With both a downtown Leavenworth tasting room and the aforementioned log cabin in nearby Peshastin, visitors can enjoy ice wine in two different settings.

No ice wine travel list would be complete without the place where the wine originated. The Mosel Valley wine region in particular, which winds around the river of the same name, produces some excellent ice wines. There are more than 500 wineries in this area to choose from, but some of my favorites are Dr. Loosen, Willi Schaefer, and J. Koll & Cie. Be ready to try ice wines made with riesling, the Mosel Valley’s most famous grape varietal.

Austrian ice wines aren’t as famous as those produced in neighboring Germany, but they should be. There are some excellent producers near the Reichersdorf wine region in the northwestern reaches of the nation. One winning spot to try is Huber, which has ice wines from the 2012, 2015, and 2016 vintages available. Another area winery to visit is Winery Nigl, located just 20 minutes away from Huber. Its gruner veltliner 2017 vintage is an excellent area ice wine. 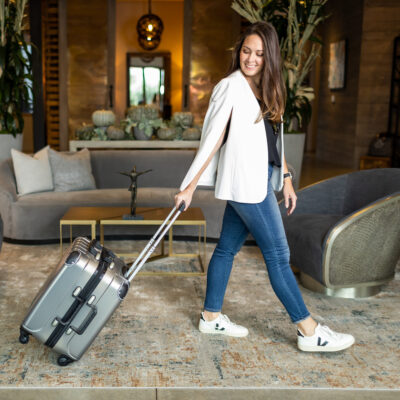 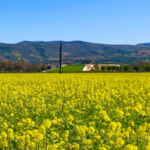 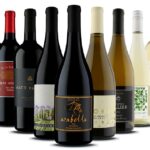 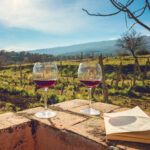