8 Arizona State Parks That Belong On Your Bucket List

It’s not just Arizona’s famous canyon that puts the “grand” in the Grand Canyon State.

Spend a little time in virtually any of the state’s 31 state parks, and you’ll see that the word could easily be applied again and again.

From the soaring cathedral-like rock formation that is central to Red Rock State Park to the massive travertine dome that rises above deep pools of water at Tonto Natural Bridge State Park, Arizona’s unique natural features are on display all over the state.

Still, in a state that boasts features as spectacular as the Grand Canyon and the Petrified Forest, state parks can be a bit overlooked.

The good news is that it’s not difficult for visitors to work a state park or two into their travels between the state’s national parks. All it takes is a little extra planning and a few short side trips.

Here are eight Arizona state parks to add to your bucket list.

High in Mogollon Rim Country in northeastern Arizona is a geological phenomenon that is sure to take your breath away. The centerpiece of Tonto Natural Bridge State Park is a 183-foot-high travertine rock bridge that conceals a 150-foot-wide tunnel of nearly 400 feet in length.

The hike to the tunnel’s base is only about a half-mile, but it is rocky and treacherous. Even though the park ranger at the entrance warned me about the difficulty of the terrain, I was skeptical that such a short hike could be arduous. But I soon learned that there are many slippery boulders to deal with, as well as steep staircases and worn handholds in the travertine.

For the sure-footed and adventurous, the trek is definitely worth it. There are also shorter, easier walks that take in the Pine Creek Gorge Natural Area and the park’s rustic 1920s-era lodge.

Tonto Natural Bridge State Park is located about 2 hours southwest of Petrified Forest National Park and about 3 hours southeast of the Grand Canyon. Accommodations are available in the nearby forest towns of Pine and Strawberry and in the larger town of Payson.

Much of what is so great about the red-rock wonderland of Sedona can be found at Red Rock State Park, a 286-acre nature preserve and environmental education center.

Located just southwest of Sedona, the park features not only one of the best views of the town’s signature rock formation — Cathedral Rock — but it also offers great access to the lovely Oak Creek.

The meandering creek sets off iconic views of Cathedral Rock, visible through the trees along the way. If you gravitate to reflection photos like I do, be sure to check out the puddles that form on the slabs of rock along the creek after a rain, creating a mirror that reflects views of the Cathedral spires.

A 5-mile network of trails crisscrosses the park, providing easy access for hikers and family groups. Some sections are rough, but overall, the trails within Red Rock State Park are easy to moderate.

Many hotels and vacation rentals are available in Sedona, just 10 miles northeast of the park, and Cottonwood, about 17 miles southwest. The park is located about 2.5 hours from both the Grand Canyon and Petrified Forest.

The centerpiece of the park is a 3.5-mile trail (7 miles round-trip) through the rough and rocky terrain of the Weaver Mountains. Plaques featuring photos and information about each of the fallen are spaced every 600 feet along the trail.

An observation deck at about the 2.75-mile mark offers information about the fire, along with sweeping views of the surrounding area. The deck is a good place to stop for a rest and some shade. It is also a spot to consider whether to continue on to the emotional and grueling Journey Trail, which heads downhill for three-quarters of a mile to the fatality site. There, a display of 19 rock-filled metal gabion baskets marks the somber spot.

I found the hike to be strenuous but meaningful. The Arizona State Parks & Trails website recommends that hikers begin before noon and plan for a 4-hour-plus hike. There are no water sources along the trail, so hikers should carry plenty of water. The hike is best done in the cooler fall, winter, or spring months.

The park is located about an hour and half northwest of Phoenix and about 45 minutes southwest of Prescott, where many accommodations are available.

Steeped in mining legend and surrounded by rugged beauty, Lost Dutchman State Park offers insight into Arizona’s colorful history. The park is located at the base of the ominous-sounding Superstition Mountains and is named after a fabled lost gold mine.

Located just 40 miles east of Phoenix, the Superstitions make for an easy day trip for visitors to the Valley of the Sun.

Several trails from Lost Dutchman lead into the Superstition Wilderness and the nearby Tonto National Forest.

The park’s website suggests that visitors “take a stroll along the Native Plant Trail or hike the challenging Siphon Draw Trail to the top of the Flatiron.” For hikers looking for something in between, the park also offers a range of moderate trails that loop through the foothills, as well as a 4-mile mountain bike trail.

In the spring, wildflower peepers will be delighted with the colorful flowers that carpet the Lost Dutchman terrain.

Towering cottonwood trees spread their gnarly limbs along the banks of the rushing Verde River, and fishermen sit quietly on the banks of a nearby lagoon. The setting at Dead Horse Ranch State Park could hardly be more peaceful.

The park, which is adjacent to the central-Arizona town of Cottonwood, offers a respite for campers and day-trippers alike. With its plentiful camping spots and its mild winter weather, Dead Horse is a popular destination for year-round RVers. The park also offers camping cabins.

And for those who stop by for the day, the park has a variety of hiking and mountain-biking choices.

If careening down a natural rock waterslide sounds like an adventure to you, Slide Rock State Park might be your perfect Arizona destination

Located 7 miles north of Sedona in Oak Creek Canyon, the park features a slick, rocky creek bottom that is ideal for a thrilling — if somewhat bumpy — ride through the waters of Oak Creek.

For those who aren’t interested in trying the slide, the park has great red-rock scenery and an interesting history as a former apple orchard. Slide Rock is also just a few miles south of the trailhead of the West Fork Trail, one of the most scenic and enjoyable hikes in the area.

Be aware, though, that both Slide Rock and West Fork are extremely popular destinations on mild spring, summer, and fall days. Long lines of cars typically form at the entrances by mid-morning, so plan to get there early.

Limestone columns stretch from floor to ceiling, and icicle-like rock fingers dangle from above. Kartchner Caverns State Park, with its Throne Room featuring a 21-foot-long stalactite and a 58-foot-tall column named Kubla Khan, has been described as an otherworldly subterranean space.

Discovered by cavers in 1974, the cave was opened to the public as a state park in 1999. Today, a number of tours are available, including a Big Room tour, a Rotunda/Throne Room tour, a sign-language tour, a headlamp tour, and a photo tour. The tours cover about a half-mile and last anywhere from 1.5 hours to 2 hours.

Kartchner Caverns State Park is located about an hour southwest of Tucson.

For miles, drivers on Interstate 10 in southern Arizona can spot it: an immense 1,500-foot-high peak rising from the desert floor.

Picacho Peak State Park is the home of the distinctive peak that is said to have been used as a landmark for travelers since prehistoric times.

Located on the route between Phoenix and Tucson, the park is a stopping-off spot for RV and tent campers, as well as a magnet for visitors in search of an up-close look at the monolith.

There are also trails for every skill level, ranging from a half-mile to 3 miles. The most difficult is the 2-mile Hunter Trail, which leads to the top of the peak. The park website describes the trail as steep and twisting, with steel cables anchored in the rock in places where the surface is bare. Gloves are recommended.

Picacho Peak is about 45 minutes northwest of the Tucson-area Saguaro National Park. 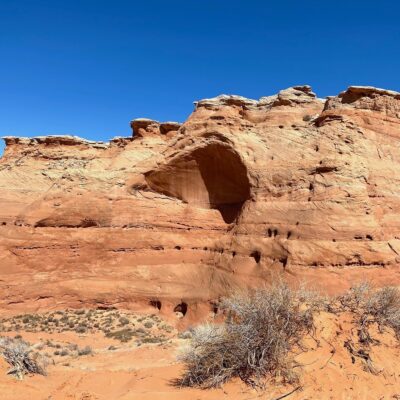 Arizona6 Unique Things To Do In Page, Arizona 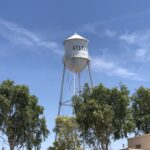 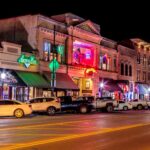 Arizona7 Fantastic Things To Do In Prescott, Arizona 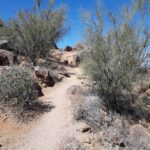