Although there is plenty to do and see within Tucson, Arizona, the city also makes a good base for exploring southern Arizona. Here are our ideas for great Tucson day trips.

Art And History In Tubac, Arizona

Tubac, Arizona, tags itself as the place where “art and history meet.” For decades, Tubac has attracted artists, drawn to the area by Tubac’s “good light.” The village contains over 100 galleries, housed in colorful brick and adobe buildings. Inside the shops you’ll find a variety of art and artisan works. Located within a few block area and connected via landscaped walkways, the walk from shop to shop is a pleasant, easy one. Every February, Tubac hosts the Tubac Festival of the Arts, southern Arizona’s longest running art festival.

A Spanish presidio founded in 1752 made Tubac the first European settlement in what is now Arizona. Explore Tubac and Arizona history at Tubac Presidio State Historic Park, located on the ruins of the former Spanish military complex. Within the park you’ll find an underground display of presidio ruins, refurbished buildings, and a museum with interpretive exhibits about Native American life and the various eras of Arizona’s past.

Tubac is located 45 miles south of Tucson at 1-19 Exit 34. Note that highway signs along I-19 are marked in kilometers.

The area around the communities of Sonoita and Elgin in the high desert grasslands of southern Arizona was once primarily devoted to mining and ranching. Today, the area is also known for grape growing and wineries. Visit the tasting rooms and patios of over a dozen wineries on a scenic drive through rolling hills dotted with oak and ash trees.

Sonoita is an American Viticultural Area, a distinctive grape-growing region designated by the U.S. government. The region’s altitude (4,500 to 5,000) feet, climate, and soil offer exceptional conditions for producing wine.

The Sonoita / Elgin wine trail is located along state Highway 83, just 45 minutes south of greater Tucson. You can find a map of its wineries here.

The Old West In Tombstone

As you walk the covered wooden sidewalks along the dusty main street of Tombstone, you may feel as if you have walked onto an Old West movie set, but Tombstone is a real community with approximately 1,600 residents. The town is perhaps best known as the location of the infamous 1881 gunfight at the O.K. Corral, a 30-second gun battle between the Earp brothers, assisted by their friend Doc Holliday, and the Clanton-McLaury gang. Today, that gun fight is reenacted daily at four different times.

You’ll step back in time as you walk or take a trolley ride through the historic downtown. The city is a National Historic Landmark District with “one of the best preserved specimens of the rugged frontier of the 1870s and 80s.” Several buildings dating from frontier days still stand. The Bird Cage Theatre offers self-guided tours and the Boothill Graveyard is open daily. The 1882 courthouse is now part of Tombstone Courthouse State Park and contains a museum and gift shop. You can tour the O.K. Corral, watch the events that made Tombstone famous at the Historama Theater, and visit the 1880s museum of Arizona’s oldest newspaper.

There are plenty of restaurants and saloons where you can satisfy hunger and thirst as you explore the town. From Tucson, take I-10 east and Arizona Highway 80 south. Tombstone is 72 miles southeast of Tucson between Benson and Bisbee.

Be Whoever You Want To Be In Bisbee

Located in the Mule Mountains of southeastern Arizona, Bisbee is a quirky, eclectic town where you’ll find historic buildings, mining history, and a creative spirit. An introductory video on the Bisbee government site says that “in Bisbee you can be whoever you want to be.”

Bisbee became known as “Queen of the Copper Camps” shortly after its first mining claim in 1877, but other ores, such as gold, silver, lead, and zinc, were also mined. Today visitors can explore mining history by donning a hard hat and miner’s headlamp on Queen Mine Underground Tours or by visiting the Smithsonian Institution-affiliated Bisbee Mining and Historical Museum, located in the heart of Old Bisbee.

Old Bisbee is home to heritage buildings from the early 1900s when Bisbee was booming. While the area is compact enough to explore on foot, be aware that it is hilly. Look for the many Bisbee heritage stairs built into steep hillsides to provide access homes difficult to get to in other ways.

After mining ended in the mid-1970s, Bisbee saw an influx of artists. Today you’ll find plenty of galleries and artisan shops for your browsing pleasure.

If you’d like to extend your day trip to an overnight, book a stay at the unique Shady Dell Vintage Trailer Court where your accommodation will be a 1940s or 1950s travel trailer. Note that the Shady Dell is only open seasonally in spring and fall.

Bisbee is located 95 miles southeast of Tucson. Go east on the I-10 and turn south onto Arizona Highway 80.

Kartchner Caverns State Park is built around a massive limestone cave containing rock formations of different shapes and colors. These speleothems, or cave deposits, formed over thousands of years as minerals were dissolved by surface water seeping through the limestone.

A tour will take you through a half mile of the cave. Inside the cave, you’ll see one of the world’s longest soda straw stalactites, the tallest and most massive column in Arizona, the world’s most extensive formation of brushite moonmilk, and many other unusual formations.

This is a living cave, which means its formations are still growing. Strict protocols are followed to minimize contamination of the caves. Check the website for tour and protocol details. Note that tour reservations are recommended.

Under The Glass At Biosphere 2

You may not expect rainforests or oceans in Tucson, but that is what you’ll find at Biosphere 2, a University of Arizona laboratory designed to advance the understanding of natural and man-made environments. It houses seven model ecosystems including a mature rainforest, an ocean, forested swamps, a tropical savanna grassland, a coastal fog desert, desert hillslope grass-shrubland, and a campus that serves as a model urban ecosystem.

On the Under the Glass Tour, guides take you through the rainforest and the coastal fog desert, across the ocean overlook, and underground into the technosphere that moderates Biosphere 2’s air pressure. A new Ocean and Beach tour lets you see the indoor ocean up close.

Biosphere 2 is open every day except Thanksgiving and Christmas. Under the Glass guided tours are included in the price of admission and offered every 30 minutes on a first-come, first-serve basis. The Ocean and Beach tour is available at select times for an additional fee.

Biosphere 2 is located north of Tucson off Arizona Highway 77. Turn onto Biosphere 2 Road at Mile Post 96.5.

Mt. Lemmon is a 9,157-foot peak in the Santa Catalina mountain range surrounded by the Coronado National Forest. It offers skiing in winter and hiking in summer. The chair lift, which is operational all year round, offers scenic views of the Santa Catalinas and the city of Tucson.

Mt. Lemmon SkyCenter is an observatory and science learning facility run by the University of Arizona. Evening stargazing programs, which include an astronomy lecture, a light dinner, and a guided navigation of the night sky, are available by reservation only.

To get to Mt. Lemmon, follow Catalina Highway (on the northeast side of Tucson) 27 miles toward the town of Summerhill. Follow signs pointing to SkyCenter and Ski Valley and turn right on Ski Run Road. Ski Valley is two miles up the road. Continue another two miles farther to reach Mt. Lemmon SkyCenter.

Texas Canyon is an area near Dragoon known for its giant granite boulders. The impressive rock formations, some of which look as if someone deliberately moved them into place, are jaw-dropping. A good place to view and walk through the boulders is the Texas Canyon Rest Area on Interstate 10, located east of the exit for Dragoon.

Afterward your walk, head back west and take exit 318 onto Dragoon Road. One mile south you’ll find the entrance to the Amerind Museum. The museum’s exhibitions tell the story of America’s first peoples and are home to one of the largest collections of Zuni and Navajo jewelry. The Ethnology Room contains Apache and Navajo artifacts. Exhibits in the Archaeology Room focus on an excavation done in Paquimé, Mexico, by the Amerind Foundation 60 years ago. In the Fulton-Hayden Art Gallery you’ll find works from the gallery’s permanent collection as well as exhibits by contemporary indigenous artists.

On Saturdays, your day trip can include a stop at The Rock Saloon and Grill at Triangle T Historic Ranch. Enjoy a mesquite grilled steak in a rustic bar and restaurant built around a giant boulder. The saloon, which is open daily for people staying at the guest ranch, is open to the public on Saturdays from 11 a.m. to 10 p.m.

Dragoon is located 65 miles southeast of Tucson off Interstate 10. 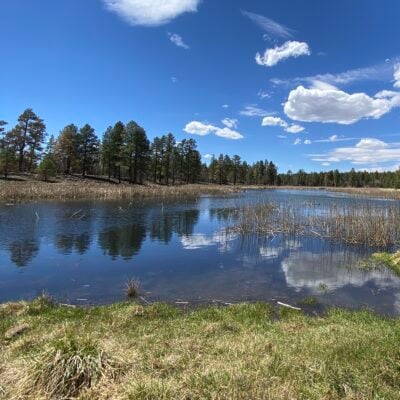 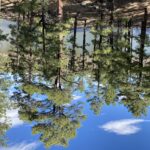 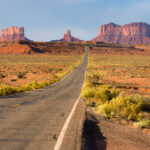 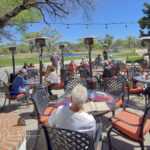 ArizonaHow To Spend A Perfect Day In Quaint Tubac, Arizona