Factor in gorgeous weather from fall through spring, and you have a combo that has long been irresistible to retirees and the “snowbirds” who visit in the winter to escape the cold weather of northern locales.

Indeed, Green Valley, an unincorporated community of about 21,000 people, is known largely as a retirement community. It is made up of a series of subdivisions, many of which are restricted to people 55 years and older.

While the founding of Green Valley dates back to the fairly recent era of the 1960s, the nearby town of Sahuarita and the surrounding region have much deeper roots. The Hohokam and Tohono O’odham people occupied the area for centuries before the 1690s arrival of Eusebio Kino, a Jesuit missionary and explorer.

All of that ancient history, along with plenty of contemporary culture and art, is on beautiful display in Green Valley and its environs. For me, the region offers a perfect mix of captivating history, stellar desert views, and Southwestern culture and cuisine.

1. The Fun Art Scene In Nearby Tubac

For colorful art in a historic setting, it’s hard to beat the little village of Tubac, located about 20 miles south of Green Valley along Interstate 19.

Established in 1752 as a Spanish presidio (fort), Tubac is now home to more than 100 eclectic shops offering everything from Mexican-style pottery to glossy metal-art daisies to vivid western paintings.

Even if shopping for art is not high on your list, a stroll along Tubac’s meandering streets and hidden courtyards is sure to delight. Along the way, plan to stop for refreshments at one of the town’s unique dining spots, like the Stables Ranch Grille, where the menu features a creative take on Southwestern cuisine with short rib tacos or a ranch club sandwich with turkey, ham, bacon, guacamole, and horseradish chive havarti. Or try local favorite Shelby’s Bistro for a pizza, salad, or wrap.

Tubac also boasts a luxurious resort experience at the Tubac Golf Resort and Spa — a spot that features the golf course made famous by the 1996 Kevin Costner movie Tin Cup.

Along with its strong arts game, Tubac is known as the home of the Tubac Presidio State Historic Park, a site that traces Arizona’s early days of military conquests, ranching, mining, and printing.

After browsing the museum, be sure to check out the park’s Rojas House, a mid-20th century adobe row house that offers a glimpse into the days of lifelong Tubac resident Luisa Rojas. Complete with vintage kitchen appliances and colorful blankets, the house celebrates the Mexican-American heritage in southern Arizona in the 1900s.

Pro Tip: For a helpful introduction to the history of the 1752-era Tubac Presidio, start your visit by taking in the short video available in the state park’s visitor center before heading through the exhibits.

Bracketing Green Valley to the north and south are two splendid examples of early Spanish Colonial missions — the San Xavier del Bac Mission about 20 miles to the north, and Tumacacori National Historical Park about 21 miles to the south.

Mission San Jose de Tumacacori dates back to 1691, when Padre Eusebio Kino arrived as part of Spain’s campaign to colonize the area as New Spain. From his arrival in the late 1600s until his death in 1711, Father Kino established more than 20 missions in the Pimeria Alta region — modern-day Sonora, Mexico, and southern Arizona.

Ruins of three of Kino’s missions remain at Tumacacori. (Note that although the park typically offers guided tours of the mission grounds, the tours have been posted as canceled in 2021.)

Even without the guided tours, though, I believe visitors can get a powerful feel for the centuries-old site by walking through the ruins and taking in the crumbling walls of the nave, the resplendent three-story bell tower, and the lonely crosses in the cemetery.

Pro Tip: The National Park Service’s booklet Tumacacori: A Cultural Crossroads offers a helpful written guide to the mission’s features. The booklets are available for sale or with a donation at the entrance to the park.

About 40 miles to the north of Tumacacori, in the O’odham community of Bac, Father Kino began to build another mission church in 1700. The project apparently did not get beyond its foundations, however, and Kino died in 1711. Construction of the current San Xavier del Bac Mission church began in 1783 and was completed in 1797.

Known as the oldest intact European structure in Arizona, the church is filled with original statuary and mural paintings. The mission’s white walls and soaring bell tower can be seen for miles around, and the site attracts tens of thousands of visitors a year.

Plan to spend an hour or two walking the grounds of the mission and exploring the interior. I was awed by the glowing white walls against the deep blue sky — all set off by rugged desert terrain. (Note that the interior church hours and access are currently limited.)

Pro Tip: For a bit of souvenir shopping and a snack break, head to the San Xavier Plaza Arts, Crafts and Snackshop, located just across the parking lot on the mission grounds.

Green Valley offers a number of parks, bike lanes, and trails that are typically busy with people enjoying the sunshine. Among the most noteworthy of the trails is the Juan Bautista de Anza National Historic Trail, a 1,200-mile route, a portion of which passes through Green Valley.

The route commemorates the 1775-76 journey led by explorer and military officer Juan Bautista de Anza from southern Arizona to the San Francisco Bay Area to establish the first non-Native settlement there.

Visitors to Green Valley can sample a 5.2-mile stretch of the historic trail by heading to the trailhead on Elephant Head Road. The packed-surface trail that traverses classic desert terrain is open to walkers and cyclists, and equestrians can use the nearby river wash.

For hands-on history from a completely different era, the Titan Missile Museum takes visitors to the “front line of the Cold War.”

The Green Valley museum is billed as the last of the 54 Titan II missile sites that were on alert across the United State from 1963 to 1987. The site, also known as complex 571-7, offers a one-of-a-kind look at the technology used by the United States to deter nuclear war. The museum’s website notes: “What was once one of America’s most top-secret places is now a National Historic Landmark.”

For a fee, visitors can take a 45-minute guided underground tour that includes a close-up look at a 104-foot missile silo and the actual missile, which stands “on alert” as it did for about two decades of the Cold War. The tour features a simulated missile launch that involves having a chosen volunteer push the buttons to “launch” the Titan II missile.

Even though I had known little about Titan II missile history before I impulsively stopped at the museum on my recent road trip through southern Arizona, I found the tour fascinating. My group’s knowledgeable tour guide offered plenty of interesting tidbits about the secretive culture of the era and the numerous steps that were needed to launch the missile.

The tour emphasizes that the Titan II missiles were never launched, and they were deactivated starting in 1982.

Pro Tip: Visitors must be able to descend and climb 55 metal grate stair steps and stand for 45 minutes to participate in the underground tour. The museum suggests wearing walking shoes, with no heels or flip-flops. Those who are unable to make the underground descent and climb can still explore the topside area, which includes an overhead view of the missile.

One of the beauties of Green Valley is that it is less than a half-hour drive from Tucson, a city that is billed as having “the best 23 miles of Mexican food” outside of Mexico, as well as hundreds of miles of urban and mountain trails, the stunning Saguaro National Park, and the excellent Pima Air and Space Museum.

As the second-largest city in Arizona and the home to the sprawling University of Arizona, Tucson offers virtually endless entertainment, recreation, and dining options.

Editor’s Note: Here’s more on spending a day in Tuscon.

For world-class sightseeing and hiking, the iconic Saguaro National Park is a 40-minute drive from Green Valley. And for a deep dive into air and space history, the Pima Air and Space Museum is a half-hour drive.

Pro Tip: Green Valley tends to be at its best weather-wise from fall to spring, with average high temperatures in the 60-and-70-degree range from November through March and in the 80s in April and October. From May through September, the highs top 90 degrees, and June gets into the 100-degree range. 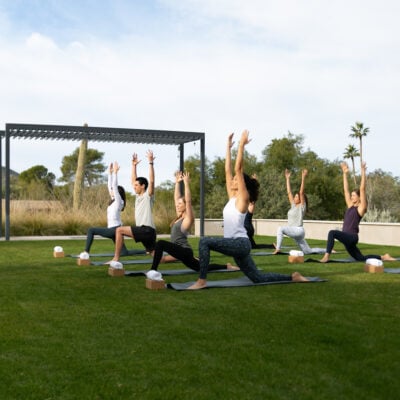 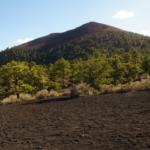