Sistrunk Marketplace is a way to sample almost every ethnic food you can imagine while listening to music and dining either inside or on the patio. Opened in 2020, it combines a food hall, brewery, and distillery with shopping, music, and art. The 40,000-square-foot, multi-use complex is Fort Lauderdale’s first food hall.

Every third Thursday, there’s a farmers market in front. It’s an industrial-style space with exposed ductwork ceilings and low lighting. The scents of the varied food mingle well.

I visited on a press trip, but all opinions are my own.

Sistrunk Marketplace is continuously adding food vendors, but when I visited, these were the ones. We sampled something from most of them. Each has its own space, kitchen, and chefs. The patio is pet friendly.

Empanadas are semi-circular fried pies, usually chicken, beef, or vegetarian, that originated in Argentina. At The Empanada Bodega, you can order a guava and cream cheese empanada, or a Hawaiian empanada with ham, mozzarella cheese, and pineapple — aside from the traditional ones. We sampled several that were hot, well-seasoned, and very full.

Churros are a Spanish version of fried dough. Mario Delgado at Crunly makes churro fantasies out of the dough with added treats like guava, cream cheese, berries, chocolate, and other goodies. He then mixes them with refreshing ice cream.

Henry’s is named for Henry Flagler. When we stepped inside, we found a deli where they make the sandwiches and a bakery. We sampled the French dip, a mix of slow-roasted beef, Swiss cheese, and caramelized onions served on a toasted garlic roll with au-jus dip.

There were tempting choices in their bakery like Flagler berry pie with blackberry, blueberry, cherry, raspberry, or strawberry filling; chocolate pie; coconut pie with a fluffy meringue topping; and for vegan friends, vegan chocolate fudge cake.

At Mari’s Kitchen & Rosticceria, we overdid ourselves. Mamma Mia, it felt like we were in Italy. No surprise as owner Mari Pellecchia is Italian and uses family recipes. She started cooking at her family’s restaurants in Venezuela. After moving to South Florida in 2002, she realized an independent restaurant was expensive to maintain, but when she found Sistrunk Marketplace, it was a perfect fit. She brought her sons, Giancarlo and Luigi, and husband, Tony, into the business.

One bite of Mari’s Salad — with arugula, prosciutto di parma, malbec and onion parmigiano, sun-dried tomatoes, and black olives — made me a fan. Mari’s Bruschetta (a combination of stracciatella di mozzarella cheese, roasted eggplant, and prosciutto di parma) and her meatballs with tangy tomato-based sauce firmed up the love.

Poke Sushi and Poke OG are neighboring booths. The sushi is beautiful. Poke OG specializes in poke bowls, a traditional Hawaiian dish of marinated fish over rice and topped with vegetables. You choose your own combinations.

Needa’ Pita creates authentic Mediterranean dishes including hummus, baba ganoush, and dozens of others. Chicken shawarma and lamb gyro are spit-roasted right there.

Made In Italy Pizza

They serve authentic wood-fire-oven Neapolitan pizza. One of my favorite art projects is at Made in Italy Pizza — a mural of a shadowy Godfather-looking man with the caption, “I’ll make you a pizza that you will never forget.”

They start with a thin crust. You choose marinara or margherita and top it with meatball, sausage, prosciutto, roasted peppers, charred cauliflower, sauteed mushrooms, fresh arugula with aged balsamic, spicy Calabrian peppers, or charred red onion. We had a combination. Pizzas cook in a 900-degree wood-fired oven.

At Atmos Immersive Dining, each of your five senses is included as they play sound and visual experiences about destinations paired with five-star chef-prepared meals. From hors d’oeuvres to drinks and desserts, each course comes with a unique technological experience. This one’s expensive, from $150 per person and up, and is dress-up and reservation only.

Most folks like coffee and this is the spot. Besides the usual espresso or latte, you can get iced coffees, teas, ice cream, or crepes here.

Nellie’s Southern Table serves the foods grandma used to fix if you grew up in the South. There’s lots of chicken ranging from Nashville-style hot chicken, deep-fried chicken pot pies, and the Motha Cluk’n Chicken Sandwich. If you’re not in the mood for chicken, remember those fried bologna sandwiches you loved as a kid? Well, they’re here as well.

Hot Lime combines the Mexican Day of the Dead theme with South Florida’s Latin culture. They have an eye-catching booth. It included a pair of realistic-looking skeletons in the cab of a bright red Volkswagen truck. Its chef-owners Daniel Gonzalez and Carlos Padilla offer tacos, ceviche, and other choices like quinoa salads and Mexican-style street corn.

The well-stocked marketplace bar, aptly named the Central Bar, is in the center of the marketplace. Nick, the bartender when we visited, is a wizard at mixing cocktails. He fixed a Shady Distillery 12 Mile white rum and pineapple juice that was perfect. The rum’s sweet, earthy flavor married well with the tart pineapple juice.

There’s live music on weekends from 2–6 p.m. and a DJ from 7–11 p.m. Thursday is karaoke and Tuesday is open mic. The musicians play on a stage book-ended by two copper stills.

For those interested in becoming DJs, they have a sound studio where they teach the art of music mixing, transitions, beat matching, and recording on various equipment and DJ controllers.

SistrunKollective is a boutique with items made by local artists. Some of my favorites are plaques saying, “Chocolate makes your clothes shrink,” and “Best Cat Mom Ever” featuring a cute cat wearing a bright red-and-white polka dot ribbon and glasses. There’s lots of unique jewelry as well.

Khoffner Brewery, a German-style brewhouse named for brewer-owner Rauf Vagifoglu-Khoffner, is visible through floor-to-ceiling glass along one side of the marketplace. Khoffner learned the art of brewing from his grandfather, who opened the first of three Khoffner Breweries in Istanbul, Turkey, in 1933. He uses barley, malt, water, and five types of hops to create his magic.

After COVID in 2022, he produced his Red-As-Blood Beer as a “sacrifice” to make the following years COVID-free. This was reminiscent of ancient civilizations offering blood sacrifices to ward off evil. His latest creation is a craft fruit-edition beer.

Besides producing tasty drinks, they offer events as well. The Shady Dinner Experience offers four courses of local dishes paired with four Shady cocktails. You can take the Distillery Tour & Tasting Experience, tour the distillery, and learn how to distill craft vodka and rum. Then, move next door to Sistrunk Marketplace and enjoy a tasting of two signature Shady cocktails and a charcuterie board.

Use the valet parking lot next to Shady Distillery. Your first hour is free and $3 for every hour after. I parked in what looked like a free spot with no meter. It was dark, so I didn’t see the small sign half a block down saying they were paid spots. When I called the parking department, the clerk told me, “There aren’t any free parking spots in Fort Lauderdale.”

For more unique food experiences, check out these articles: 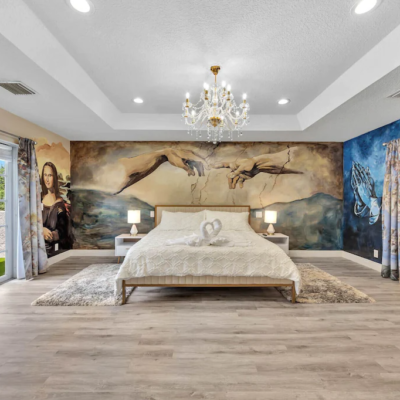 Fort LauderdaleNight At The Museum: The South Florida Vrbo Sure To Excite Art Lovers 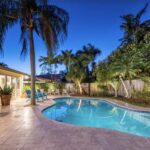 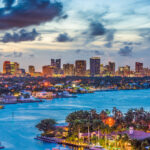 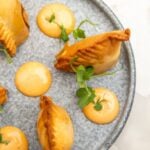