The Unique Culinary Tour Not To Miss In Jerusalem 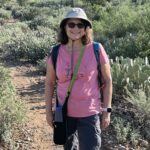 The Mechaneh Yehuda Market (also known as the Shuk), along with the adjacent restaurants and bars, captures the essence of Israel’s fusion of cultures. The 19th-century peasants who created a place to sell their products outside the more established Old City in Jerusalem would be surprised to see the enormous crowds that now consume the walkways in the Shuk, which caters to both a local and an international audience.

While specialty food items are the main draw, vendors also sell an assortment of other items including flowers, arts and crafts, clothing, Judaica, and houseware goods.

More than a decade after our first visit to the Mechaneh Yehuda Market, I can vividly recall how we were forced to weave our way in and out of the crowds congregating near the areas where the more popular food vendors were located.

Since these visits were always on Friday afternoons right before the market closed early for the Jewish Sabbath, we watched residents rushing to purchase last-minute food items and bouquets of freshly cut flowers to prepare for their fast-approaching traditional Friday night dinner.

While this market with more than 250 vendors remains closed on Saturday, the nearby cafes and restaurants open on Saturday evening. Individuals who want to ignite their senses by the assortment of aromas, sounds, sights, and tastes without a tour, can visit on Sundays through Thursdays from 8 a.m. to 7 p.m. and on Fridays from 8 a.m. to 3 p.m.

Our most recent itinerary included a private Mechaneh Yehuda Culinary Food Tour. This tour, which included stops inside the Shuk, as well as places on the perimeter, was included in our partially hosted Israel My Way tour, but all opinions are my own.

Standing near the marketplace, our Israel My Way tour guide, Eric Tomer, introduced us to Roi Damari, a Yemenite Jew born in the 1980s in a moshav on the outskirts of Jerusalem. Following his mandatory service in the Israeli Defense Forces, Roi explored several career opportunities, including being a specialty cook for private parties, and then later studying to become a tour guide. When Roi observed the growing interest in food, he combined his passion for food with his existing background as a licensed tour guide to create culinary tours in Jerusalem.

During Roi’s youth, the Shuk was not on anyone’s radar. Just a couple of decades later, the Shuk is often cited as one of the top ten places to visit in Jerusalem. An influx of millions of immigrants coming from North America, Europe, Africa, and Asia has added depth to Israeli’s culinary scene by showcasing a variety of ethnic foods along with a strong desire by some chefs to blend and combine foods in daring and bold ways. With Roi leading the way, we forged through a mass of people as we walked toward our first stop.

For more than a decade, visitors have indulged in some of Georgia’s favorite foods at Hachapuria on the corner of HaShikma Street and HaEshkol Street. We watched the cooks in an open kitchen prepare an open-faced circular bread made with yeast dough. In the middle, the chefs were placing an assortment of ingredients. The most popular one appeared to be the acharuli, a cheese and soft fried egg bread that is often cited as Georgia’s national dish.

Our order was slightly different. The puffed bread dough was filled with spinach and melted cheese and was served in a lined rectangular shallow box with a small plastic container of pickled carrots along with two dipping sauces — a red sauce made with lemon, bell peppers, tomato, and garlic, and a green sauce created with dill, garlic, green apple, coriander, salt, and vinegar.

At Morduch, we tasted a stuffed grape leaf, sometimes nicknamed the “first sushi of the world” and a sambusa, a triangular pastry filled with chickpea paste. Both were served as is, without any sauces or condiments. According to Roi, the time-consuming efforts to prepare a pot of rolled, stuffed grape leaves cause some Jews of Spanish descent to label this food the most loved Sephardi food. (Sephardim are the descendants of Jews who lived in Spain and Portugal during the early years of the Common Era. Many of these Jews were forced to migrate at different points in history, including the Expulsion from Spain and Portugal in the 15th and 16th centuries.)

During a Druze cooking lesson in the Galilee, we had the opportunity to create stuffed grape leaves. While our private cooking workshop did not allow for a prolonged cooking time, Roi felt that the flavor intensifies the longer it simmers in a pot. Along with a glass of cold water, this snack was served with a shot of Arak Shalit, an alcoholic beverage distilled from wine. While many dislike the distinct taste of anise, I thought it was a good complement to these foods.

Inside the Shuk, we made an unscheduled stop at Basher Fromagerie. With an Israeli emphasis on dairy dishes, locals flock to this store for top-quality imported cheeses. Eli and Dudu Basher fill their Shuk counters and shelves with hundreds of international and domestic cheeses. Even though we rarely eat cheese, we nibbled on small samples served on thin slices of bread garnished with dried fruit and splinters of potato chips.

Long before health drinks and smoothies were popular, Uzi Eli Hezi started selling drinks and cosmetics in the marketplace. His formulas were based on Moses Maimonides’ medieval herbal remedies and information he gathered from around the world. Often a Yemenite etrog grown on a nearby farm was included. The Yemenite etrog, about the size of a squash, is considerably larger than the lemon-sized etrog used by American Jews during the autumn festival of Sukkot.

Sitting at a crowded counter, we sipped four beverages. Roi shared the ingredients and described the medicinal qualities. A combination of berries produced the red tone of the first drink, which was designed to clean the blood system. The off-white beverage made from almonds and dates improved brain and heart function. A mixture of passion fruit and coconut created a light-yellow colored drink that many customers turned to for its relaxing aftereffects. The last one, a green-colored liquid, was filled with a combination of grapefruit, etrog, and some sugar.

If you don’t eat falafel, hummus, and pita while you’re traveling in Israel, you’ve missed out on a regional favorite. Roi’s first choice in Mechaneh Yehuda was Ayesha, founded by his friend Sefi and Sefi’s fiancé, Eden. Roi graciously shared the key ingredients for the green version of our falafel bowl — coriander, parsley, herbs, and spices.

The freshly made falafel had a golden-brown texture with a moist green color inside while our bowls of hummus were garnished with whole garbanzo beans along with a few sprigs of parsley. Warm strips of pita were also included.

Long before I ever visited Israel, I had many opportunities to nibble on chunks of halva at Jewish special occasions. Usually, the American version was overly sweet, had a straw-like texture, and was limited to a handful of flavors.

During our first visit to the Shuk, I became hooked on Halva Kingdom’s version. Even though this business has been operating since the 1940s in the Old City and since the 1980s in the Shuk, their 100+ flavors of halva are currently unavailable in the United States. With considerably more sesame seeds than sugar, this specialty item is something that cannot be skipped during a trip to Jerusalem.

The sesame seeds are imported from Ethiopia, ground with a millstone press, and then mixed with the other ingredients. The recipes have been handed down from generation to generation, with today’s batches being supervised by the founder’s grandchildren.

Halva is not perishable and can be packed easily. Consider purchasing for future snacks or for gifts.

Like many other worldwide food tours, Roi ended the tour with a desert. While the exact origin of placing a slab of ice cream between two cookies is debated among food historians, it is an American invention. At Cookie Cream, our choices included more than a dozen different cookies along with almost as many flavors of ice cream. Even though this dessert did not have a direct tie to Israel, it was a great way to end a multi-hour food tour on a hot, late spring afternoon.

Participants are personally directed to a cross-section of places that would be more challenging to identify during a self-guided tour. Along the way, morsels of pertinent information help to put the overall culture of Israel’s diverse food scene into perspective. Like many other sites around the world, it is possible to wander around and create your own personal journey. However, a tour offers a more productive use of your limited time with a greater understanding of what you are experiencing. 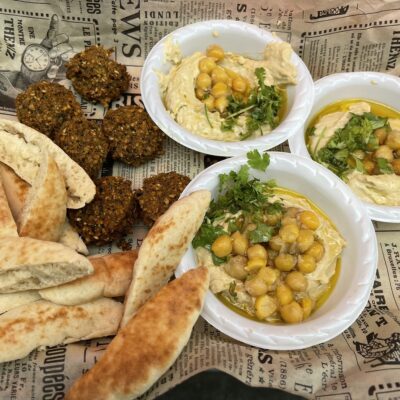 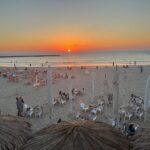 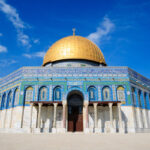