When thinking of retiring in France, there are so many options. Paris can be a little overwhelming and anonymous for new arrivals, not to mention incredibly pricey. While the gorgeous countryside, on the other hand, can be a little secluded and lonely for newcomers.

Finding your feet in France can take a while, especially if you are not European yourself and are suffering a little from culture shock. You will need to learn the language, or the basics at least. You will also need to get used to strange customs — be they that most shops are closed on a Monday or that you need to listen to the advice of your fromagère when buying your cheese. Never just charge ahead.

So, here I have listed a few alternatives to Paris and rural villages. These locations allow you to get used to French living with all the amenities, such as language schools and other conveniences nearby, as well as places to explore from your new home, including art and culture, restaurants and cafes, and the countryside just steps away on the outskirts.

Spending your first year in France in any of the following cities will allow you to settle into French life, acclimate, learn about what it is you really want — be it the shiny lights of Paris or a hamlet set in rolling hills — and simply find your feet. I could easily live in each city, they are all fabulous without being too large, full of history and charm, and all are close to other exciting and potentially retirement-worthy regions within France.

But which one will you choose?

Within a maximum of 2 hours’ worth of travel from Lyon, you can be in Paris, in the Alps, or on a Mediterranean beach. It is so conveniently located that you can explore the best France has to offer from its bustling train station, and even take the Eurostar to London for the weekend. But chances are, you’d like to spend your time in the city itself, exploring its traboules originally built in the 4th century to allow residents to get down to the rivers with the bales of silk produced by the Canuts — the Lyonnaise silk workers.

Lyon is known as a foodie city, brimming with tiny eateries called bouchons, which often serve very rustic snout-to-tail cuisine, but have moved to a lighter and less meaty menu in recent years.

There are plenty of language schools, and the roughly 500,000 inhabitants are more open than the Parisians, with the city having a very international feel making it a perfect stepping stone to retirement in France.

Pro Tip: Lyon offers modern and Haussmann-style accommodation, all at a much more reasonable price than in Paris. One point to keep in mind, though, is that Lyon is very hilly indeed. If you are anticipating getting old(er) here, you might want to look out for an apartment near the funicular trains.

The City That Reinvented Itself

Two hours to the west from Paris by train, Nantes lies on the Loire with so many places to explore nearby, but is also only a short drive from the Atlantic Coast, perfect for a weekend getaway. Once a bustling ship-building town, whose engineers and grand ships inspired a young Jules Verne, the city has, since the industry’s decline, reinvented itself into a fabulous art hub.

An annual festival, the Voyage a Nantes, and the Green Line connect the city’s most interesting sights drawn on the pedestrianized streets. Often referred to as one of the best places to live in France, with its population of 300,000, it is not too big, the climate is temperate without being too harsh or hot, and public transport is easy and reaches far.

The city center is brimming with history and small lanes full of cafes and restaurants, and has plenty of inner city living, old and new. On the outskirts, such as in the adorable Trentemoult, you can find tiny houses right next to the river for a perfect compromise between city and countryside living.

Pro Tip: There is a Facebook group connecting Americans in Nantes, which will ease your initial entry.

A City Of Wine And Culture

Bordeaux, population less than 300,000, has it all: a fast TGV connection with Paris, some of France’s best beaches just a quick drive west, world-famous vineyards surrounding it, and a beautiful city center alongside the Garonne River. It is a bustling city but on a smaller scale with all the amenities you could wish for, but also a slightly quieter lifestyle.

The city has long attracted expats and retirees from around the world and offers a handy website which gives details of life in the city, where to find accommodation, potential new hobbies to meet like-minded folks, and more.

Pro Tip: Why not explore the city with an American expat couple who call Bordeaux home? On this walking tour, you can ask lots of questions about living in the city.

The Gateway To Provence

This is the smallest and quaintest town of the lot. Little Aix-en-Provence is home to less than 150,000 people, making it small enough to literally be able to breathe in the herby smells of the surrounding Province, but large enough to offer you plenty of shops, restaurants, art (this is Cezanne’s hometown), and history. And it’s still all within ridiculously easy reach of the hills of Province and its lavender fields, and it’s less than an hour’s drive to the Mediterranean Coast.

With a superb language school and a lovely café-cum English bookshop, it is not surprising that this is one of the top choices for American retirees in the south of France. The cost of living is slightly higher within Aix than in one of the smaller neighboring villages. If you were to like it there and decided to stay, it may well be the better option to buy a property outside of Aix, but within easy commuting distance.

Pro Tip: International Living offers a step-by-step guide to retiring in or near Aix-en-Provence, down to suggested monthly expenses.

The Pink City On The Canal

Toulouse, in the region of Occitanie, is one of my favorite cities in France, and I find it perfect for living. With a population of less than 500,000, it is a maze of medieval streets, grand buildings built from the local pink-orange stone, countless superb restaurants, and cafes perfect for a sunset by the Garonne. It is popular with tourists coming to cruise on the Canal du Midi, giving it a cosmopolitan flair.

Famous for its hearty cuisine, from cassoulet to superb cheeses, Toulouse is influenced by the nearby Mediterranean and Atlantic Coasts, with the Canal du Midi connecting the two, and the Pyrenees and even Catalonia, Spain, which is a mere 100 miles away. Living options include historic inner-city living, riverside or canal proximity, as well as modern suburbs all connected by a superb tram system.

Pro Tip: The aeronautics industry in Toulouse brings many expats to the city, so finding someone from back home to meet up with is very likely.

Mini Paris By The Sea

Also located in the Occitanie region of southern France, Montpellier couldn’t be more different from Toulouse. In fact, if you stand on certain corners and blink, you might think you’re back in Paris. Here, there is a twin to Paris’s Arc de Triomphe and Avenue Foch, and there are distinctly Haussmann-style grand buildings.

But look closer and the history of this place takes your breath away. With a medical university dating back to 1220, cobbled streets and shops which still have wells inside them, and more medieval structures than you could throw a knight at, Montpellier is simply stunning. It offers a genuine Mediterranean climate with superb beaches a mere tram ride away.

Pro Tip: Montpellier offers proximity to the countryside as well as the coast, with highlights such as the Camargue with its wild horses nearby.

On The Doorstep Of Paris

Okay, this one is slightly cheating, as Saint-Germain-en-Laye is a suburb of Paris, but it is also a city in its own right, a royal city no less. Not an awful lot cheaper than Paris, living here, however, offers a very different lifestyle. Just 12 miles outside of Paris and a 20-minute RER ride from Charles-de-Gaulle Etoile, it is in this city where the Sun King, Louis XIV, lived.

Today, it is home to some of the best international schools near Paris, accounting for its international population. The city has a small town feel with a gorgeous market, small lanes, and superb views right across the entirety of Paris from its slightly lofty perch. Without feeling too small, it is a perfect introduction — if you can afford it and aren’t able to resist — the lure of retirement in Paris.

Pro Tip: It is a youthful place, with 50 percent of people under 20 years old, and many young families, which makes up its vibrancy. Rather than sleepy, this is a bustling small city that will keep you young. 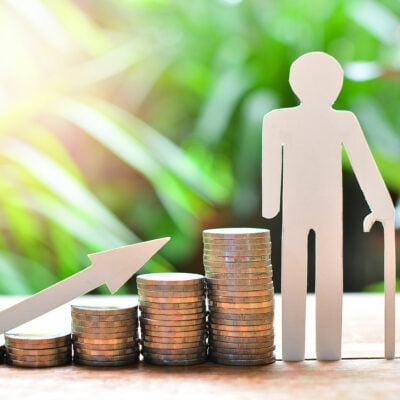 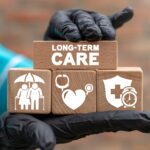 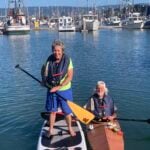 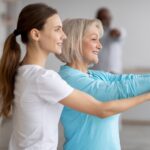