Sheryl Nance-Nash
What Are Your 2023 Travel Plans?

The Black history stories of Atlanta, Montgomery, Memphis, and Chicago are legendary. But there are interesting sagas from smaller towns across America. Similarly, there are mid-sized cities whose Black history may not be well known. Here, we shine the spotlight on those lesser-known stories.

You could mistake Pensacola Beach for the shimmering waters of the Caribbean, but there’s more to the Pensacola story and plenty of African American history. The Chappie James Museum and Flight Academy is on the National Register of Historical places and honors “Chappie,” the first African American four-star general and a part of the Tuskegee Airmen. The flight facility offers year-round aviation experiences, and you’ll learn about Chappie and the Tuskegee Airmen. In town, there’s also a memorial of him in a plaza dedicated to him.

In the heart of Pensacola is a cabin that belonged to Julee Panton, a free woman of color who is said to have tried to purchase the freedom of enslaved Black people in the early 1800s.

Continue your history lesson in the Belmont-DeVilliers neighborhood, an official stop on the Mississippi Blues Trail, dubbed the Harlem of the South. Locals and the likes of B.B. King, Sam Cooke, Tina Turner, and James Brown performed in the neighborhood’s theaters and clubs.

Today you’ll get a belly full of southern cuisine at 5 Sisters Blues Café with its gumbo du jour, fried green tomatoes, Aunt Cora’s blue crab cakes, fried okra, black-eyed peas, mac and cheese, and more good stuff than should be legal. I left stuffed and a big smile on my face. There’s live music during the Sunday jazz brunch and you’ll love the old concert posters and photos. Blue Dot Barbecue is another favorite. In the 1920s, Belmont-DeVilliers was also the home to Viola Edwards Hospital, the first Black-owned hospital in Pensacola.

Temporarily closed due to hurricane damage last fall, look for the reopening of Fort Pickens, one of the few Union-occupied forts in the South during the American Civil War. It was accepted into the National Park Service’s Underground Railroad Network to Freedom in 2020. The site, operated by the Gulf Islands National Seashore, was a beacon in 1861 and 1862 for freedom seekers. The fort was also defended by members of the 25th U.S. Colored Troops in 1864.

I love Cape May, have been there a couple of times, and had no clue about its Black history. To me, it was this beautiful beach town with those storybook Victorians and great restaurants. I know what I’ll be doing on my next visit. Cape May is a stop on the state’s Black Heritage Trail. Cape May was a major Underground Railroad hub. In the early 1850s, there were an estimated 100 free African Americans who owned land in the area and became instrumental in the freedom movement. Several buildings at the intersection of Lafayette and Franklin Streets were once the center of abolitionist activism. This past summer, the Harriet Tubman Museum opened. The museum pays homage to the heroine’s contributions to history. Down the street, private tours can be arranged at the Stephen Smith House, the summer home of the successful Black businessman and founder of the Pennsylvania Anti-Slavery Society. There is an Underground Railroad Trolley Tour and the African American Heritage Walking Tour, which is available with a guide or can be self-guided. Highlights include a visit to the Owen Coachman House and a walk in the cemetery where the earliest freed Black settlers were buried.

If you’re touring Atlanta, it’s worth the 1-hour drive to Macon. There are more than 20 African American historic and cultural sites. Take for example the 63-foot-long mural in the Tubman Museum, created by Macon’s own Wilfred Stroud, that showcases folks from the early days in Africa to the present.

The Washington Memorial Library offers an extensive African-American heritage collection that some say is one of the best in the southeastern U.S. The collection, which began in 1959, contains rare genealogical, archival, and biographical information.

While in town, check out a performance at the Douglass Theatre. It was built in 1921 by Black entrepreneur Charles Douglass. The restored theater had greats like Ma Rainey, Bessie Smith, and Cab Calloway grace its stages. Native son Otis Redding was discovered there. There is a statute honoring him and a bridge named after him.

Explore the historic Cotton Avenue and Pleasant Hill Districts. Cotton Avenue is linked to Jefferson Long, the first Black man elected to the U.S. House of Representatives in 1879 and the Reverend Pearly Brown, a blind street singer who learned to play guitar at the Georgia Academy for the Blind Colored. Brown would go on to become the first Black man to perform at the Grand Ole Opry. The Pleasant Hill District is where Little Richard grew up and is one of the first Black neighborhoods listed on the National Register of Historic Places.

Daytona Beach is known for its international speedway. But there’s plenty more to this beach town. In 1866, a large colony of formerly enslaved people was established by Esther Hill and John Milton Hawks in an area just south of Daytona Beach that you would know now as Ponce Inlet and Port Orange. Hawks and his wife were doctors and abolitionists who spent the Civil War caring for Black Union Soldiers who — along with their families — settled in the area after the war. Of the nearly 30 people who voted to incorporate Daytona Beach in 1876, two were Black men. You’ll learn all kinds of good stuff along the Share the Heritage Trail, which highlights the local African American story.

Two key sites you don’t want to miss are the home and gravesite of civil rights leader and educator Dr. Mary McLeod Bethune with memorabilia and artifacts from this legend’s career. The National Historic Landmark is situated on the grounds of Bethune-Cookman University and offers guided tours. The daughter of former slaves, Dr. Bethune became an advisor to five U.S. presidents. She lived much of her life in Daytona Beach, where in 1904, she founded the Daytona Literary and Industrial School for the Training of Negro Girls — with a little more than $1.50, faith in God, and five little girls for students. The new statue of Dr. McLeod Bethune, which was on display in Daytona Beach November–December 2021, will be unveiled in Statuary Hall in the U.S. Capitol Building this May in Washington, D.C.

Secondly, make your way to Jackie Robinson Ballpark, where the baseball legend broke the color barrier in professional sports when he played in his first spring training game in 1946. A bronze statue of Robinson is on permanent display at the ballpark’s entrance. Schedule a tour and explore the numerous historical markers and an outdoor museum that tell the facility’s story.

This stretch of North Carolina is beloved for its white sandy beaches. It’s north of Wilmington and east of Raleigh, and includes Richlands, Jacksonville, Camp Lejeune, North Topsail Beach, Sneads Ferry and Swansboro. The history is rich. Start putting the pieces together with the Onslow County African American Heritage Trail. You’ll visit African American gravesites, historic churches and schools. You’ll find Ocean City, at one time, the only oceanfront property that Blacks were able to purchase (lots sold for $500). Today, Ocean City is known for its jazz festival. You’ll hear about Hammocks Beach State Park, which was donated to the Black Teachers Association in 1950 by Dr. William Sharpe. It was a segregated beach until 1961. Another stop on the trail is the Onslow County Museum. Check out its exhibit, The African American Experience in Onslow County. An audio-history project is also underway to create voice recordings of the memories of local African Americans.

Allensworth is the only town in California that was founded, funded, built, and governed exclusively by African Americans.

Lieutenant Colonel Allen Allensworth escaped slavery in Kentucky, served in the Union Army during the Civil War, and migrated west after the Emancipation. Settling in Los Angeles, he built a summer home in Tulare County and joined with other Black leaders to purchase land in the area. Inspired by the need for economic independence and refuge from racial discrimination in the region, Allensworth directed the establishment of an all-Black agricultural town that had 300 residents in its peak years.

People who lived there were craftsmen, artisans, businessmen, farmers, ranchers, retired members of the military, and members of the U.S. Buffalo Soldiers, who protected the town. Allensworth thrived until the mid-1920s when the town declined, and many people left. It survived into the 1960s. Today, Colonel Allensworth Historic State Park (CAHSP) is a tribute to Allensworth’s legacy. Established in 1976, the Park preserves 240 acres of the town center and includes several restored buildings and an outdoor staging area. The visitors center arranges tours of the park and events throughout the year to celebrate Allensworth’s history. 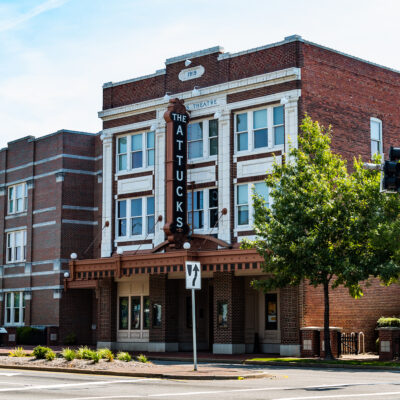 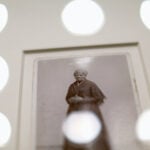 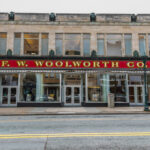