On The Way To Freedom: 7 Stops Along Pennsylvania’s Underground Railroad

We enjoy a feeling of freedom. We can come and go as we please and travel by whatever means we desire.

Can you imagine leaving the only home you have ever known to travel to the unknown and fear for your safety every step of the way? This is precisely what enslaved people did when they escaped the South and headed north. Every station stop on the underground railroad across Pennsylvania was one step closer to freedom.

When my husband and I traveled to New Hope this past summer, we stayed at the Wedgwood Inn. In talking with the innkeeper, I learned that New Hope was a frequent stop on the underground railroad. I was amazed by this information and decided to dig a bit deeper to learn more about the path to freedom in Pennsylvania.

Pennsylvania was a major thoroughfare for freedom-seeking enslaved people. Once enslaved people crossed the Maryland, Delaware, and Virginia (Now West Virginia) borders into Pennsylvania, there were many abolitionists ready to help them. The Keystone State played a massive role for enslaved people seeking freedom. As the first free state north of the Mason-Dixon line, Pennsylvania provided numerous entry points to freedom and stops along the Underground Railroad.

As you know, the underground railroad was a network of people offering aid and shelter to freedom seekers from the South. Each safety stop along the way was considered a station or depot. The Underground Railroad was a series of complicated secret routes, institutions, churches, and privately-owned homes that provided shelter and protection to runaway slaves on the dangerous journey north.

The “conductors,” people who assisted enslaved people seeking freedom, risked their own safety in the clandestine efforts. Because the entire process was secret, it was referred to as underground. The Underground Railroad operated from around 1831 until enslaved people were freed after the Civil War.

Enslaved people followed routes carved by nature, such as mountains, rivers, and streams. They traveled mostly by foot with an occasional ride in wagons, boats, or railroad cars with hidden compartments. Much of their travel took place at night in the darkness while they stayed in hiding during the daylight. The goal for most was to get to Canada, where they could live free wherever they wanted.

Let’s look at some of the major stops along the Underground Railroad across Pennsylvania.

As the Quaker abolitionist movement’s center and the city where Harriet Tubman found freedom, Philadelphia played a critical role in the Underground Railroad. Below are some of the key sites connected with the Underground Railroad you won’t want to miss when you visit. Depending on how many places you visit and other activities you choose to do, you could make Philadelphia your home base for several days.

The original owner of the Belmont Mansion was a judge who used his attic to hide freedom seekers. He was also known to purchase enslaved people so he could set them free. Currently, an Underground Railroad Museum is located on the site.

Afterward, view the secret hiding spots, including a trap door, in the Johnson House Historic Site attic. Initially owned by Samuel and Jennett Johnson, they housed freedom seekers while waiting to move on towards freedom.

The Kennett Underground Railroad Center helps you imagine the journey taken by freedom seekers. Learn about the 16 sites around the town where freedom seekers lived.

Here’s a guide (PDF) of all the related historical markers, libraries, landmarks, and archives around the region.

Just outside of Philadelphia, you will find churches, farms, taverns, and other sites in Bucks County that were part of the Underground Railroad. Towns like Bristol, Doylestown, Yardley, and New Hope have Underground Railroad sites that are open to the public for visits. You could remain in Philadelphia when you visit this area or stay in one of the quaint towns.

We stayed at the 1870 Wedgwood Inn Bed and Breakfast when we visited New Hope. It is a Victorian bed and breakfast with a cellar under the original structure believed to have been a hiding place along the Underground Railroad. In the side-yard sits a gazebo with a hatch door leading down to the tunnel system used to get to the canal and continue across the Delaware River on their journey north.

If you visit New Hope, plan to spend some extra time enjoying the unique shops and world-class dining. It’s featured on our list of quaint eastern Pennsylvania towns you must visit.

Another stop in Bucks County to visit is the African Methodist Episcopal Church in Bensalem. It served as an Underground Railroad safe station. Freedom seekers were brought up the Delaware River from Philadelphia by Robert Purvis to the church and farm for refuge. It is estimated that some 9,000 people escaped slavery thanks to his help.

Known as the Continental Hotel in the 1800s, the Continental Tavern in Yardley was connected to the underground tunnel system. An entrance to the tunnel system was found in their cellar. You can check out this video that shows you where freedom seekers hid and the tunnel entrance. The part about the basement room starts at the 4:38 point in the video. The tavern is full of historical memorabilia. While you are there, enjoy a great lunch or dinner.

A must-see along the waterfront in Bristol is The Harriet Ross Tubman Memorial statue. Harriet called the area her home, and she was one of the conductors for the Underground Railroad, dedicating her life to ending slavery. She risked her life numerous times before the Civil War to assist nearly 70 freedom seekers north.

Here is where it all began. View for yourself the evidence of the rebellion of enslaved people, known as the Christiana Resistance, that fired up a nation that was divided over slavery. The Christiana Underground Railroad Center at Historic Zercher’s Hotel hosts a self-guided tour. Through informative and easy-to-follow maps, narratives, and photographs, you can trace historic steps.

Gettysburg is filled with Civil War History, and a site you don’t want to miss is the Dobbin House Tavern, a former Underground Railroad safe house. It is currently a restaurant and tavern that serves elegant meals with an option to spend the night in the bed and breakfast. This fascinating site allows viewing of where freedom seekers hid, and one of the suites overlooks where President Lincoln gave the Gettysburg Address. Gettysburg is excellent for a day visit or, better yet, spending a couple of days checking out all the Civil War sites in the area.

The Pennsylvania Main Line Canal and the Allegheny Portage Railroad played a part in the Underground Railroad history.

The Allegheny Portage Railroad was a connection to the canal from Pittsburgh to Philadelphia. It consisted of inclined planes that took the boats up and down the mountain connecting Hollidaysburg and Johnstown.

While the canals and railroad ran east to west, instead of the desired south-to-north direction for freedom seekers to take, the system provided freedom-seekers the opportunity to keep moving. There were a variety of hiding places among the freight containers. There is evidence of secret compartments in boats and railroad cars.

Once they arrived in Pittsburgh, there were more people available to aid them on their trip north.

The Allegheny Portage Railroad park is a National Park Service Underground Railroad Network to Freedom designated site. The park is beautiful, with hiking trails, boardwalk trails that are accessible, and exhibits. Plan a half-day visit.

The Blairsville Underground Railroad History Center serves as an educational facility. Housed in the Second Baptist Church building, there are tours of various sites related to the Underground Railroad. From there, you can take a three-hour self-guided tour to explore freedom’s path through Indiana County. The Indiana County Underground Railroad Driving Tour will take you to several prominent attractions, such as the McCune Store, which had a “safe room” in the store’s basement used to shield those seeking freedom till they could move again. Another stop is the Myers’ House, where freedom seekers were rescued and nourished.

Pittsburgh will be our final city, and it has many places related to the Underground Railroad to visit. Pittsburgh is a lively city with many other activities and sites to enjoy; you could spend a day or a week depending on your time available.

One of the first places to visit is the Heinz History Center to view the From Slavery to Freedom exhibition, which explores the anti-slavery movement, the Underground Railroad, and more than 250 years of African American history. It will give you a complete overview of the part Pittsburgh played during that time in history.

The Freedom Road Cemetery is located across from the main gate at Stoneboro Fairgrounds. It is all that remains of a black refugee town, Liberia. This community offered sanctuary to weary former slaves on their way to freedom. Many raids by slave catchers happened here as well.

Built in 1857, the St. Matthew’s A.M.E. Church in Sewickley was part of the Underground Railroad. Conductors were said to dress as hunters at night with a game bag. The bag was filled with food for freedom seekers.

An adventure along the routes of Pennsylvania’s Underground Railroad satisfies both the craving for adventure and the quest to learn more about America’s past. The Keystone State boasts at least one Underground Railroad stopover in every county. No matter where you roam in Pennsylvania, you can find landmarks, history, and artifacts from the journeys taken in the name of freedom for all. 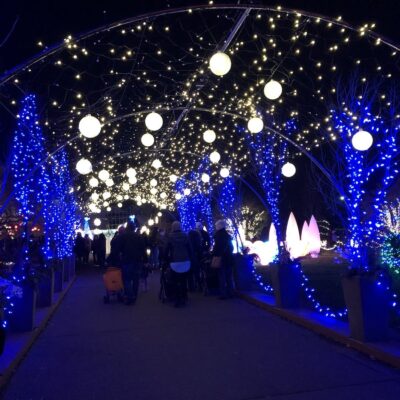 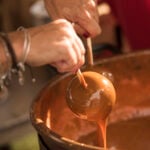 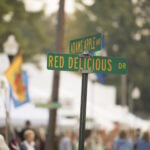 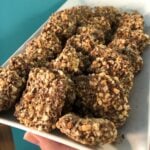