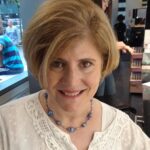 Tea for one, tea for two, or for a group… New York City is the ideal place to enjoy this time-honored tradition. Perhaps I am a bit partial, as it is my childhood hometown and a place to which I return often as I am lucky to live nearby; however, I can truly say that the city’s fast pace slows down considerably when I lose myself in a relaxed afternoon tea setting. I am a tea lover — herbal tea, to be exact — and afternoon tea has always been just the perfect prescription to transport me into a serene place as I savor this custom and, of course, the flavors that go with it.

Here are some plum places to partake in this established dining and sipping ritual. They vary from the more formal to casual, so everyone can enjoy the experience according to their preferences. Uptown, midtown, to downtown, there is an afternoon tea that will satisfy most tastes.

Please note that all New York City eating establishments require proof of at least one dose of the COVID-19 vaccine and masks for all indoor dining.

King’s Carriage House is located on Manhattan’s Upper East Side in a charming, two-story brownstone. An actual former carriage house, this lovely establishment has been serving its distinctive brand of afternoon tea since 1994 courtesy of its owners, husband and wife Paul Farrell and Liz King. (The restaurant also has a lunch, High Tea, and dinner menu as well.) The intimate, old-world atmosphere enveloped me the moment I stepped inside. It felt as if I was transported to the New York City of a bygone era, engulfed in a pleasant time capsule of sorts.

There is a quaint sitting area in front, complete with tasteful, antique furniture and decor which illustrates King’s Carriage House’s traditional setting. Allan, my genial server, led me upstairs to be seated for a memorable afternoon tea experience, which included graciously offering me a tour of the premises and a short history of the location as well. The carriage house has a tea room downstairs for those unable to negotiate the stairs, and the facilities are handicap accessible.

I selected the cinnamon spice tea, (it was between that and the chamomile, not an easy decision as I favor both) with just a touch of honey. The spice’s pungent aroma and distinctive taste were just what I needed to awaken my senses. The accompanying fare included a savory selection of teatime treats, such as pinwheels of oak-smoked salmon; cucumber triangles with chive butter; warm scones with cream and homemade strawberry jam, (I spooned the rest to savor after I used a portion for the scones, it’s that good) and baby apricot coconut tea cakes just to name a few. King’s Carriage House also offers its Afternoon Tea Boxes to Go, with a choice of classic or vegetarian tea items so visitors can take the tea experience with them.

The tea and food items perfectly complemented each other. I can’t neglect to mention one extra item; the bubbly and fresh rosé champagne that served as the perfect chaser to the meal. Afternoon tea at King’s Carriage House set just the right tone for a relaxing and flavorful escape from the city’s hustle and bustle.

Those who fall down the proverbial rabbit hole (pun intended) and end up at Alice’s Tea Cup are in for a tasty and fun treat. The restaurant, with its fanciful Alice in Wonderland theme, has two locations, one on the Upper West Side (Chapter I) and on the Upper East Side (Chapter II). I have visited Chapter II on several occasions, and I can describe it as “tea with a twist,” as the casual atmosphere and varied menu don’t necessarily follow the traditional afternoon tea protocol. Alice’s Tea Cup boasts over 100 teas, and guests can enjoy their choice of brew with either the classic afternoon tea presentation or anything from a salad, sandwich, or dessert.
(There’s brunch as well, so anytime is tea time at Alice’s.)

Alice’s offers three afternoon tea options. Tea for one, known as The Nibble; tea for two, The Mad Hatter, or tea for a group, The Jabberwocky. All offer unlimited tea. My friends and I, on the occasions we’ve visited, have gone for the afternoon tea for two option. Both times, I chose the organic Ginger Orange Peach Tea and eagerly waited for the tiered platters of scones (accompanied by raspberry preserves and cream infused with lemon), two tea sandwiches, and a choice of pastry (I went with the mocha cake each time) with mini cookies to greet me. I can safely say that it all hit the spot perfectly.

Both locations of Alice’s Tea Cup are handicap accessible, with ramps available.

Owner Lauren Fox (along with her sister, Haley) said that Alice’s aims to appeal to all ages. “I feel Alice’s Tea Cup is both adult and child friendly,” she said. “It’s a very whimsical experience, and we want everyone to have access.” Fox suggested that diners try Alice’s Tea, which is the house blend consisting of black and green tea, infused with vanilla and rose petals. “It’s a fresh flavor and goes well with the cucumber and watercress sandwich,” she said.

We work our way down a bit from the Upper East Side to Midtown, the location of the Baccarat Hotel. This upscale hotel offers its afternoon Prince of Wales Tea weekdays and weekends in its Grand Salon. This tea is on the higher-priced end, so those who wish to indulge in a city splurge might want to allow themselves this treat. It includes everything from starter tea sandwiches, such as a mini brioche lobster roll and smoked salmon, capers, and creme fraiche; sweets; homemade scones with Devonshire cream and seasonal preserves, and, of course, tea. The suggested infusion for this afternoon tea is the Ombrelle de Papier, which is a blended white tea with pineapple and rhubarb notes. The tea selections also include red, black, and green tea varieties. The theme of this tea setting is royal opulence, hence an afternoon tea with an aristocratic flair. I have the urge to gear up to splurge, as the Baccarat Hotel has been highly recommended for me to try. I have my eye on the Red Moon Tea, which encompasses red fruits with notes of hibiscus, elderflower, and blackcurrant.

The Grand Salon and its facilities are handicap accessible.

Now that we’ve made it downtown to Greenwich Village to the final afternoon tea stop, we step into a restaurant that is unmistakably British — Tea and Sympathy. This tea oasis has been serving guests since 1990 and even has its own shop next door that sells the gamut of British culinary delights. (Yes, tea of course is included. A personal note here, I couldn’t resist a purchase of my favorite chocolate Lion bars).

Tea and Sympathy’s afternoon tea offers a variety of finger sandwiches, scones with clotted cream and strawberry or raspberry jam, along with a choice of cakes. Vegetarian options are also available. Oh, and let’s not forget the star of this show, tea! I was in a mint mood when I visited, so peppermint tea was the order of the day. However, there is an ample selection of teas to pick from, including black, red, white, green, and herbal varieties. Tea and Sympathy also offers diners the option of regular meals, ranging from breakfast, lunch, to dinner. This includes soups; sandwiches; salads, traditional Sunday roast dinner, and other classic British fare, such as lamb shepherd’s pie and bangers and mash. I admit that I am a longtime Anglophile, so the afternoon tea experience at Tea and Sympathy, amid the very British atmosphere, was special indeed.

Dining at Tea and Sympathy is all on one level, and facilities are ADA compliant.

Molly Carew, Tea and Sympathy’s general manager, had a tea suggestion for visitors. “I really like the House Blend, which is a caffeinated blend of Darjeeling and Assam tea, which we also sell in our store. It’s named after our owner’s late bulldog, Rosie Lee,” she said.

Whichever afternoon tea setting you choose, the aforementioned places offer a good sampling of venues to sit, luxuriate, (alone, with another, or a group), and recharge over a “cuppa” and light delicacies while visiting the vibrant city that is New York.