From the region surrounding West Texas’s largest city of El Paso and south along the U.S./Mexico border toward Big Bend National Park, the Texas state parks of the southwestern portion of the state offer a tantalizing taste of what this vast region has to offer.

Here are six southwest Texas state parks that should be on your bucket list.

Like the national park, the state park hugs the U.S./Mexico border. One of the most famous features of Big Bend Ranch is the scenic road that follows the winding course of the river along the southern border. The road is known as the River Road, the West Texas Camino del Rio, and Highway 170. Whatever you call it, the route is spectacular. Expect many steep ups and downs, and plenty of great views of the Rio Grande.

As I approached Big Bend Ranch from the east, my first stop was at the Barton Warnock Visitor Center, a cool adobe-style building that houses an informative interpretive center, “Una Tierra – One Land.” The product of an international partnership among state and national park experts in Texas and the Mexican states of Coahuila and Chihuahua, the interpretive center presents an archaeological, historical, and natural history profile of the Big Bend region.

It was a great first stop for me because the helpful park ranger filled me in on the best attractions along the River Road, including the West Contrabando trail system, Big Hill overlook, Closed Canyon, and the Hoodoos Trailhead.

I especially loved the short hike down to the hoodoos (rock spires) that rise along the banks of the Rio Grande. Dotted with blooming ocotillo cactus, the 1.1-mile loop made for a wonderful stop on the scenic drive. More information on the hike is available in this PDF.

At less than an hour’s drive west of the border of Big Bend National Park, the state park is a convenient day trip or drive-through on your way to West Texas towns like Marfa or Presidio.

Pro Tip: When I mapped my route to Big Bend Ranch State Park from Big Bend National Park, my phone suggested a two-and-a-half-hour route to the Sauceda Ranger Station in the interior of the park. At the Barton Warnock Visitor Center, I was informed that portions of that route are on dirt roads that can become impassable during rainy weather. I ended up staying on the paved River Road, which includes many of the park’s worthwhile stops.

Dating back to the mid-1800s, the Fort Leaton State Historic Site offers a fascinating glimpse into life at an early fortified trading post along the border. Known as one of the largest and finest historic adobe structures in Texas, Fort Leaton serves as the western entrance to Big Bend Ranch State Park.

Fort Leaton is open for day use only and offers picnicking areas, guided tours, and exhibits on the history from the 15th century. In addition, the site tells a larger-than-life story of the parade of people and cultures that have called the region known as La Junta De Los Rios home over the centuries.

Pro Tip: Similar to the eastern entrance to Big Bend Ranch State Park at the Barton Warnock Visitor Center, visitors to Fort Leaton can get permits for backpacking and camping (no hookups) in Big Bend Ranch, and they can also purchase river-use permits and licenses.

Located just 20 minutes from the heart of El Paso, the ruggedly beautiful Franklin Mountains serve as a natural playground for the city. While the mountains once provided most of the basic needs for the region’s early people, “Today, the mountains meet a different human need — our need for time in nature,” says the website for the Franklin Mountains State Park.

Consisting of nearly 27,000 acres, the park features 100 miles of trails for hiking, mountain biking, and rock climbing. From the easy, family-friendly Nature Walk through desert terrain, to the moderate 3-mile Maze Loop that meanders toward the mountains, to the difficult 8-mile North Franklin Peak Trail, the Franklin Mountains offer plenty of hiking and mountain biking variety.

For centuries, it was the rainwater that pooled in the rock basins or huecos (pronounced whey-coes) that attracted the region’s native people to the rock hills in far West Texas. Those early people left plenty of clues to their stories in the pictographs and petroglyphs that remain — today, a main attraction for the state park.

Pro Tips: Due to the fragile nature of the park’s resources, only 70 people are allowed to enter the self-guided area at one time, and the park regularly reaches that limit from November through March. To avoid a wait, the park’s website suggests visitors call to make a reservation at (512) 389-8911. It adds that permits cannot be reserved online.

Located about 45 minutes northeast of El Paso, the Hueco Tanks State Park makes a great day trip from the city. The park also is a convenient stop on a road trip between El Paso and Guadalupe Mountains National Park about an hour and a half to the east.

Less than a half-hour northeast of the historic art center of Marfa, the Davis Mountains State Park offers trails and tranquility, as well as a historic hotel with a swimming pool.

Visitors can hike or mountain bike up the moderate 4.5-mile Skyline Drive Trail, which meanders down mountain ridges and valleys or take the 1.75-mile CCC trail, which connects with a trail to the Fort Davis National Historic Site. An interactive trail map is available here. Park visitors can also bring their horses for a day or an overnight stay at the Limpia Canyon Primitive Area.

Or, for a unique accommodation experience, the park features the historic Indian Lodge, a hotel known for its rustic charm and modern comfort. (More information is available in this PDF). The lodge, which was built by the young men of the Great Depression-era Civilian Conservation Corps (CCC) in 1935, is considered the pinnacle of CCC construction in Texas. Today, it features 39 guest rooms and an outdoor pool.

Pro Tip: For visitors interested in watching the region’s birdlife, the Davis Mountain State Park is known to have the “best little bird blind in Texas.” The blind offers an enclosed viewing station, a shielded outside patio, and watering and feeding stations.

While ancient rock art is the main attraction at Seminole Canyon, the state park located about three hours east of Big Bend National Park also boasts a Rio Grande setting and a network of hiking and biking trails.

Prehistoric native people left a rich legacy of rock art behind in the Seminole Canyon area. More than 200 pictograph sites hold examples of their style of rock paintings, ranging from single paintings to caves with panels of art hundreds of feet long.

The park offers frequent guided tours of rock art sites (for a fee), including a fairly rugged 1.5-mile hike to the Fate Bell Shelter, an area protected by a huge cliff overhang that holds some of Texas’s most spectacular rock art. In the spring and fall, day-long hike tours are also available to rock art into the Presa Canyon, as well as half-day hikes to the upper portions of the Seminole Canyon

The park also has about 10 miles of trails, which will take hikers and bikers to the Rio Grande or along the Seminole Canyon rim.

Pro Tip: The Seminole Canyon State Park is located about 45 minutes northwest of the mid-sized border city of Del Rio, Texas, which has a variety of dining and accommodations choices.

National parks enjoy a great reputation among travelers, but state parks often rival their bigger cousins with the same type of amenities and attractions: 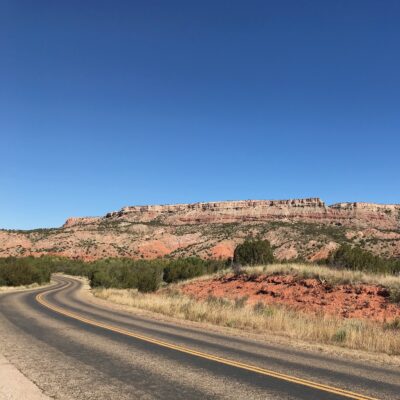 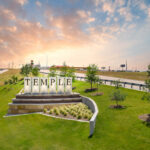 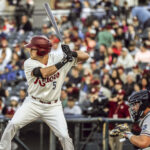 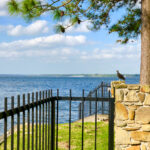 TexasHow To Spend A Fabulous Weekend In Beautiful Conroe, Texas