In July the sun is glorious, the rain is (nearly) unheard of, and festivals are in full swing across the continent. There isn’t a country in Europe that hasn’t got a full calendar of special events in July, and you will need to book early if you want to join in celebrations that require tickets. The same goes for accommodations, because by July, summer has reached pretty much every part of Europe, but so have school summer breaks, and most places get very busy.

Traveling through Europe in summer has its positives and negatives: Yes, it can get quite busy, and also quite hot. But if you choose your destinations wisely and combine a bit of city culture with beach relaxation, you’re sure to have a great time. Every city mentioned below has access to a body of water for that vital refreshing dip to help you cool off in between sightseeing and celebrating local festivals.

Here is a list of some of my favorite European places to enjoy in July.

Montpellier is one of my favorite cities in southern France. Narrow alleyways lead to hidden courtyards, there are cafes and restaurants at every corner, and the museums are superb. As for the shopping, imagine tiny boutiques set under medieval arches, bookstores with ancient wells in their basements, and chic French stores selling everything you never knew you needed for your home. Add legends, a medieval university, and architecture that will remind you of sunny Paris, and you can’t lose. But what makes Montpellier perfect for the summer is the lovely Mediterranean beach just a short tram ride from the city center.

Pro Tip: Plan to spend at least one long afternoon sitting on Place Jean-Jaurès opposite the market hall, aperitif in hand, watching the world go by.

Just inland from the Croatian coast and overcrowded Dubrovnik, Mostar is small and reminiscent of Turkey with its mosques, Turkish coffee, and bazaar-like shops selling very covetable knick-knacks. The city is most famous for its Stari Most, the picturesque 16th-century Ottoman bridge over the Neretva. The rounded bridge, which forms a near-perfect circle with its reflection, is easily the most photographed site in Bosnia and Herzegovina, if not the entire Balkans. The area gets hot in the summer, and that’s probably why the tradition of bridge-jumping got started in the mid-1600s. Even today, daring residents and visitors leap off the 75-foot-tall bridge into the refreshing river below. And in July, an extreme diving competition takes place — the stylish, practiced diving is lovely to watch.

Pro Tip: While you are there, head to the nearby village of Blagaj, with its beautiful monastery on a crystal-clear lake. The water is icy cold, but it’s perfect for a refreshing dip.

San Marino has the advantage of being somewhat higher up, giving it a slightly cooler mountain breeze. It is also in close proximity to the Italian Rimini beaches, in case you need a cooling hop into the Mediterranean.

Add to that the annual Adriatic Music Festival, with classical concerts taking place across the region, and the Medieval Days Festival, which attracts visitors to San Marino in July, and the tiny state offers that winning mix of culture, history, and proximity to the coast.

Pro Tip: Just a short taxi ride from San Marino lies the Italian beach resort of Rimini, which busts into music every July. There are live music events nearly every night, from the Raggaethon Beach Festival to the Discoteche Riccione.

Trite as it might sound, Ljubljana is a hidden gem. Snuggled into the mountains and green landscapes of Slovenia, it is the perfect city to visit during the summer. You can enjoy sitting outside in the summer warmth, but it does not get too hot. Also, it is not overrun with crowds, and it is small enough to explore on foot. Be sure to walk along the river and take in the market and many cafes alongside it.

Also, in July, Ljubljana bursts into song. It hosts everything from the Europa Cantat, an event that takes place every three years and brings together European choirs, to big-name events like the Ljubljana Festival.

Pro Tip: Less than 35 miles from the capital lies the absolutely stunning Lake Bled. Probably the most scenic lake in Europe, it offers a perfect watery escape from the city. You can even get there by public transportation.

While it’s typically best to avoid Tuscany in the summer because of the crowds and the stifling heat, there is a very good reason to visit Lucca in July: the Puccini Festival. If you are embarking on a Tuscan road trip in July, then a stop here is a must. The location, the setting, and the music are all out of this world and worth the inconveniences. Plus, the concerts take place in the evening, by a lake. Listening to world-class performers on a balmy night in Tuscany can’t be too bad, right?

Accommodations in Lucca for the time of the festival get booked very quickly, but Pisa is a short distance down the road and makes a perfect alternative base.

Pro Tip: Don’t let me put you off visiting Tuscany in July — I have done it lots of times myself. Just try to avoid the town centers during the heat of the day, because no wind reaches the narrow lanes. Instead, do your sightseeing at the beginning and end of the day, and spend the midday in the countryside or on the coast.

There are few people who have not heard about the running of the bulls in Pamplona. The bizarre event features bulls being heckled through narrow streets by people with something to prove. It’s a one-way street for the bulls, since the bullfighting events start soon after. The running of the bulls is only a tiny part of the Festival of San Fermín, however. The festival starts, as all good Spanish fiestas do, with fireworks, and then continues with grand parades, religious processions, live events, music, and food and drink. It also features traditional country sports such as hay bale-lifting and woodcutting. With nine days full of fun, you can easily avoid the poor old bulls.

Pro Tip: Pamplona is a beautiful old city located near the Rioja region, so plan for extra time to enjoy the city itself and explore the surrounding countryside. You could also drive the 30 miles to the Atlantic.

The only reason, it seems, that people stop in Zagreb is to catch a flight. The capital of Croatia is a little like Ljubljana — sadly disregarded, yet so worth a closer look. Zagreb has an old and a new town, plenty of nice markets, and the world’s shortest funicular. It’s the perfect size for a weekend stay, maybe before heading down the gorgeous Croatian coast.

In July, Zagreb bursts into a folklore fantasy, welcoming traditional dancers and musicians in regional attire. The Folk Fest, which has been held annually since 1966, lasts five days. If you are interested in European traditions passed on for centuries and still held onto with pride, this event is for you.

Editor’s Note: Our own Stacey Woelfel recommends these Balkan dishes while you’re in Croatia.

Pro Tip: Treat yourself to a night or two at the Esplanade Hotel, where in the 1920s illustrious guests traveling on the Orient Express stayed the night. It’s an art deco gem with a fabulous ballroom and a superb restaurant.

In July, one of Europe’s largest cultural festivals, the Gentse Feesten, takes place in the Flemish city of Ghent. Visiting Ghent is always worthwhile when you’re in or near Belgium; some say it’s even better than Bruges when it comes to gorgeous architecture and scenic canals and alleyways; and come July, the entire city bursts into activity — from tightrope walkers to live music, from theater productions to food stalls — for nearly 10 days. There is much to see and enjoy.

Pro Tip: Want to compare flemish cities? Bruges is only 32 miles away from Ghent, closer to the coast. There are regular trains between the two cities, with a roundtrip costing you just over 16 euros.

I first saw this exhibition, if you can call it that, in Paris a few years back. Klimpt: The Immersive Experience is a look at Gustav Klimt’s fabulous work, shown as a collage set to music, projected all around you on the walls, the ceiling, and the floor. It is simply stunning. It opens in July 2022 at a secret location to be announced just ahead of the expo, so watch this space the exhibition’s website and get your tickets booked.

Pro Tip: With the Queen’s 70th anniversary being celebrated in 2022, there are events happening across the country. But one of the best exhibitions detailing her life and career is at Buckingham Palace itself. It opens on July 22 and runs until October 22.

Europe is a continent that has yet to embrace air-conditioning, so at times it is difficult to escape the heat. The best approach is to dress in light clothing, walk slowly, head to the side streets to avoid the worst crowds, and simply take it easy. July is a good time to practice slow travel, soaking up the atmosphere but avoiding rushing between destinations. 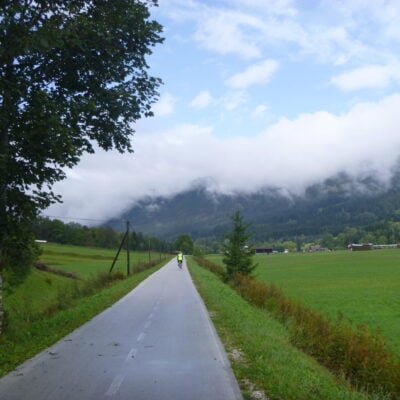 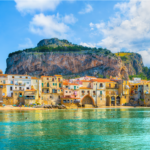