12 Thrilling Places That Put The ‘Fun’ In Funicular

Now don’t get me wrong, I am not a trainspotter, nor am I particularly interested in transit systems of any kind, but for some reason, I cannot walk past a funicular when I see one.

Maybe it is the history behind them. Maybe it is their weird mechanics — the counterbalancing cars at either end of the strong haulage cable, ascending and descending in synchrony — or the steep slopes and gradients. Or maybe it’s simply the curiosity about where this cable railway will take me. Whatever it is, wherever I see a funicular railway or a similarly constructed transport device, I am on it.

In Europe, many cities have funiculars often leading up a hill to a castle or fortification, but you can find others around the world that take you up hills to spectacular views or allow you to connect to another part of town, and save your breath while you are at it. For instance, the Funiculaire de Montmartre (or Montmartre funicular) in Paris, though it didn’t make the cut here, saved me countless steps up the hill to Sacré Cœur.

This collection of my favorite funiculars around the world includes all sorts of rides I enjoyed. Not all are funiculars in the strictest sense of the definition. Still, each and every one mentioned here is worth going out of your way for, either for the experience of riding that particular mode of transport or for the place you will be transported to.

The Peak Tram in Hong Kong is one of the world’s most spectacular funiculars. The funicular was constructed in 1888 to allow residents of Victoria Peak and guests at the Peak Hotel to get to the top of the 1,811-foot-tall Mount Austin, locally known as The Peak. Funicular travel was a more convenient method than the previous one: sedan chairs carried up on foot.

The now bright red funicular tram, the fifth generation since inauguration, offers ever-expanding views across Hong Kong Island, and the lush greenery many visitors are surprised to find in such proximity to the skyscrapers. Trudging past residences, it finally reaches The Peak, a forested oasis with truly breathtaking views across Hong Kong’s skyline and waterways.

Pro Tip: While you are up there, don’t miss walking the Peak Circle Walk, an easy 3.7-mile-round walk, which is not only interesting for its plants and wildlife but also its superb glimpses across this amazing city.

Budapest is a feast for the eyes for any architecture enthusiast, and it is no different for its funicular that takes sightseeing travelers up Buda Castle Hill. Dating back to 1870, this funicular is Europe’s second-oldest, after Lyon’s funicular, and one of the prettiest. The carriage has a three-tier arrangement, allowing for views across the Danube and its bridges to the other side as you go up the 164-foot elevation.

Pro Tip: Not far from the top station lies the Labyrinth, a warren of underground tunnels carved into the hillside, where reportedly Count Dracula was once imprisoned.

From one of the oldest and prettiest to Europe’s — and the world’s — shortest, the funicular in Zagreb is a mere 216 feet long. The little funicular dates to the 1890s and was Zagreb’s first mode of public transport, taking one minute to reach the end of the line, but still saving a fair number of steep steps. The cabins used to be split into first-class spaces at either end of the carriage, and “others” in between the two first-class areas. Legend has it, the funicular used to break down regularly, and the “other” passengers were asked to push.

Pro Tip: On your return from the upper town, walk down past the daily Dolac Market, full of fresh, local produce.

Not the oldest, nor the prettiest, but probably the busiest European funicular is the Funicolare Centrale in Naples. Not one, but four lines take around 10 million passengers up the steep hills of Naples, with each train carrying up to 450 passengers. Taking 5 minutes to reach their lofty destinations, this is an efficient public transport service much used by locals and visitors. Just taking the funicular to Castel Sant’Elmo saves you from hundreds of steep and elongated, though very historic, 16th-century steps. You can always walk down them, which offers better views anyway.

Pro Tip: Within nearby castle grounds lies the Museo del ‘900, an art museum concentrating on art made by locals in the 1900s.

Not only does Lisbon offer a myriad of elevators, including the oh-so-elegant Santa Justa Lift, to get up to the higher parts of the city, but it also has three funiculars: Lavra, Bica, and Gloria. The most famous is Gloria, probably partly due to its cute name, but also its destination, the Restauradores Square, which is the place to come in the early evening to watch nightfall over Lisbon and settle down with a drink or two in one of the many bars and cafes set up on the square.

Gloria and the other two date back to the late 1800s, and have since saved many a leg cramp of locals and visitors trying to navigate Lisbon’s steep hills.

Pro Tip: Alongside Gloria’s steep ascent path lies a street art heaven with graffiti and other art displayed on walls and side streets.

Connecting the lower port side of Valparaiso with the upper residential and vibrantly decorated town, more than 20 funiculars were built d along the hillside between the late 1800s and early 1900s. And, while locals call them ascensores, these truly are bonafide funiculars, despite their names. I did try a few of them, finding myself in funicular heaven, and they range from sedate to quite scary, but all give you that thrill of ascending or descending a steep hill in a fabulous mechanical contraption.

Pro Tip: Don’t avoid all the stairs, as some have been turned into veritable works of street art such as the piano staircase at Beethoven 302.

An hour out of Sydney lies the Blue Mountains National Park, offering some amazing rock formations, such as the Three Sisters in Katoomba. Many hikes take you up and down the rugged mountainsides into the valley below, but these can be strenuous, lengthy, and better taken with a guide. Why not, instead, take the world’s steepest funicular? Traveling at an incline of up to 52 degrees, the carriages take you from the top into a lush valley filled with Australia’s magnificent flora and fauna, and then back up again. As an added quirk, the seats are adjustable because the angle of the ride can be somewhat thrilling, if not downright scary.

Pro Tip: When you buy your ticket, book the whole experience, and include the Scenic Skyway, a cable car, for more thrilling views.

Not exactly a funicular, but unique for certain, is the Wuppertaler Schwebebahn, a public transport tram that hangs suspended from the top. Dating to 1901, this is one of the world’s oldest suspension railways and has been updated several times since. It still carries some 25 million passengers annually. Wuppertal is not necessarily one of Germany’s top tourist destinations, but it does have a couple of good museums and a sculpture park. And if you have come for a ride on this suspended train, then you will also want to look at the Mungsten Bridge, which is the highest railway bridge in Germany.

Pro Tip: Google the amazing image of Tuffi the elephant who fell out of one of the suspended carriages in the 1950s into the river below, suffering only minor injuries.

Topping the to-do list when in Rio is ascending some of its spectacular mountains. You go up the Corcovado mountain on the Corcovado train, which is similar to a funicular, but continue the next segment of the trip up to the statue of Christ the Redeemer by escalator. This remains one of my favorite travel memories of all time: riding the escalator into the dense clouds, with the statue slowly emerging from the mist. Pure magic and, in my mind, very much worth including in this selection of funiculars et al.

Pro Tip: Pre-book your ticket and head there as early as you can, trying for a slot on the first train of the day. Not only are there fewer people, but you might just get the chance to be there when the morning mist slowly disperses and the statue, as well as Rio, emerges in front of you.

Table Mountain is one of the best experiences in Cape Town, and while you can hike up, there is an easy cableway to reach the top in style. No, not a funicular. However, it would be a real shame not to include this mode of transport to get you up to the mountaintop. The Table Mountain Aerial Cableway is worth a mention not only because of the views across Cape Town and surroundings along the way, but because each gondola rotates 360 degrees while going up and down, so every passenger gets a chance to look out, never mind where you stand.

Pro Tip: On Table Mountain, you can find some 8,200 plant species and plenty of interesting wildlife, from lizards to cute dassies. Bring plenty of time with you, and good hiking boots, as there are a variety of trails of varied difficulties to saunter, walk, or hike along.

There are still a few hangers-on from the once golden age of funiculars in the U.S., but not many. In Pittsburgh, you can find two of them. The Duquesne and Monongahela inclines in Pittsburgh both ride from the river up to Mount Washington, with the Monongahela Incline being the oldest continuously working funicular in the U.S., dating back to 1870.

Pro Tip: The Duquesne Incline featured in the 1983 movie Flashdance.

Hidden in the mountainside near the Galata Tower in Istanbul, there is Tünel, a historic funicular connecting the two popular quarters of Karaköy and Beyoglu. It’s easy to overlook, as it is a tunnel, as the name suggests, but the little funicular very picturesque. It has a passing area for the ascending car and descending car, and it also saves you lots of puff when trying to get to the top of the hill. 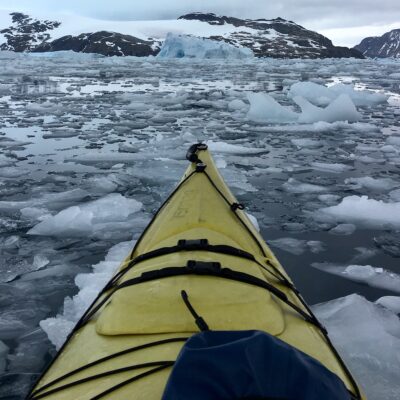