France has 41 UNESCO World Heritage sites. They have faced a rigorous process to be selected for this honor, are protected, and will be around for centuries to come. I love visiting UNESCO sites on my travels to discover and appreciate the unique attributes of a country. In this piece, I will highlight 10 of the most magnificent UNESCO sites in France. Which are at the top of your bucket list?

Note: The date denotes the year that the landmark became a UNESCO World Heritage site.

Notre-Dame de Chartres Cathedral (Our Lady of Chartres Cathedral) is one of the finest examples of Gothic architecture in the world. Amazingly, most of its stained glass windows and sculptures have remained intact from the time they were created in the 1200s. The immense size of the cathedral allows for plenty of space for stained glass. In fact, the cathedral has one of the world’s largest and finest collections of medieval stained glass windows, including three magnificent rose windows. Stroll around the exterior of this UNESCO World Heritage site and marvel at the portals and flying buttresses.

Chartres makes a perfect day trip from Paris. See this article for details.

Pro Tip: On Fridays, the Chartres Labyrinth, which dates to 1205, is open for contemplative walking. The chairs that normally cover it are moved aside, and people come and walk in a circular motion following the stones. It is a very personal walk and quite meditative in nature.

This UNESCO World Heritage site in Normandy is unforgettable and attracts more visitors than any place in France except Paris. Cross the footbridge to enter the medieval town, and be prepared to climb the winding streets in the footsteps of pilgrims from centuries past. Embrace the magic of Mont-Saint-Michel and marvel at the fact that humans have worshipped on this site since 708. Make sure to climb to the top to visit the remarkable abbey.

See this article for some additional tips for visiting Mont-Saint-Michel.

Pro Tip: Book a tour to walk across Mont-Saint-Michel Bay when the tide is out to explore its unique ecosystem and get marvelous views of Mont-Saint-Michel. The bay is known to have Europe’s biggest tide variations (and quicksand!), so do not cross on your own.

The Palace of Versailles is yet another stunning experience that will leave you breathless. It stands, with all 2,300 of its rooms, as one of the greatest achievements of French 17th-century art. Its sumptuous architecture and interior design are unparalleled. The gardens and fountains on the grounds were designed by top-notch landscape artists, and to this day they are a marvel to wander. What started as the mere hunting lodge of Louis XIII became the residence of the French monarchy from 1682 until 1789, when the French Revolution began. Don’t miss the exquisite Hall of Mirrors and the domain of Marie Antoinette with its smaller palace and farm, where donkeys and chickens roam!

Pro Tip: Just 12 miles southwest of Paris, the Palace of Versailles is the perfect day trip from the city. You’ll want to spend a full day here. See this article for more information on planning a visit.

Paris is a river city. The Seine flows through the City of Lights and is dotted with bridges connecting the city’s two banks. Walk the banks of the Seine and bear witness to Paris’s history through its architecture. From the Pont de Sully, which crosses the eastern end of Ile Saint-Louis, to the Pont d’Iena near the Eiffel Tower, this UNESCO World Heritage site is a head-turner. Buildings such as the Conciergerie, Notre-Dame Cathedral, the Louvre, the Eiffel Tower, and the distinctive Haussmann structures all tell parts of Paris’s story. The banks of the Seine are a favorite place for locals and tourists alike. Runners, cyclists, and the classic Parisian picnic are all part of Paris’s current story.

Pro Tip: Rosa Bonheur sur Seine is a lively and fun barge where locals love to have an aperitif.

Carcassonne, which has existed for more than 2,500 years, is unforgettable. Like a fairy-tale castle before your eyes, this medieval city — with its 52 massive towers, almost 2 miles of ramparts, narrow streets, and Gothic cathedral — is a showstopper. Walk the ramparts to experience the sheer magnitude of Carcassonne and see panoramic views over the countryside. Be sure to visit the castle and the Basilica Saint-Nazaire, with its stunning stained glass windows.

This article details how to spend a marvelous day in Carcassonne.

Pro Tip: The Canal du Midi, which became a UNESCO World Heritage site in 1996, was built in the 17th century to connect the Atlantic Ocean and the Mediterranean Sea. Carcassonne is a busy canal port. Leave some time to take a cruise on the canal.

Not far from Bordeaux, the town of Saint-Emilion is situated on a hilltop with a spectacular view of the surrounding vineyards. The historic vineyard landscape and Saint-Emilion’s monuments contributed to its being made a UNESCO World Heritage site in 1999. Wander the cobbled streets, visit the unique monolithic underground church that has been in existence since the 12th century, and sit back and savor some Saint-Emilion wine from a local vineyard. It will be the most enjoyable day.

For more on Saint-Emilion, see this piece.

If you love exploring medieval towns, head to Provins on a day trip from Paris. During medieval times, Provins was a wealthy trading center specializing in the wool trade. Wander past crooked half-timbered houses as the fortified Cesar Tower watches over you. This 12th-century tower has been used as a prison, a bell tower, and a lookout post. Saint Joan of Arc attended Mass in 1429 at the Saint-Quiriace Collegiate Church. Enter the UNESCO town through the fortified gate of Saint-Jean and walk along the ramparts. Provins is medieval to the core!

If you are looking for the ultimate in medieval experiences, come to Provins during its two-day annual medieval festival in June. Locals dress up in period attire and reenact life in medieval times with fairs, games, and music. Feeling inspired? Dress up and join in the festivities.

Pro Tip: Don’t forget to visit both the upper and lower parts of the town.

Le Havre, the port city where the Seine meets the English Channel, is also known as the city rebuilt by Belgian architect Auguste Perret. During World War II, Le Havre was heavily bombed and destroyed. Perret redesigned the city using reinforced concrete. It may not sound that magnificent, but Perret’s postwar redesign and his ingenious use of concrete made Le Havre an exceptional example of a reconstructed city.

Be sure to stop by Saint-Joseph Church, also built of concrete, and note its lantern tower made of 12,000 stained glass windows. Walk along the beach, admire the new shipping container art installation by Vincent Ganivet, watch the sailboats, and marvel at a city that came back from such devastation.

Pro Tip: The UNESCO World Heritage site of Le Havre would make a great base from which to explore Normandy. This article details some of the other great towns to visit in the region.

Don’t miss the Place de la Bourse with its Miroir d’Eau (Water Mirror). Here you will find the world’s largest reflecting pool, which is great fun to photograph. The beautiful Bordeaux Cathedral, with its soaring Gothic spires, was a UNESCO World Heritage site on its own before the city received its designation. Climb the separate 15th-century bell tower for spectacular views. The spiral staircase has 230 steps!

See this article for tips on spending a weekend in Bordeaux. The city is also a great base for day trips.

Pro Tip: You don’t have to leave Bordeaux to taste some of the best wines in the world. Try the Bar a Vin with its chic decor, or Un Chateau en Ville, where wine tastings are available with the knowledgeable staff.

Albi is a small city on the banks of the Tarn River about an hour’s drive northeast of Toulouse. A little off the tourist trail, this delightful city has a bridge, Pont Vieux, that is more than 1,000 years old, as well as many other interesting landmarks.

The episcopal area, which includes Sainte-Cecile Cathedral and the Bishop’s Palace, makes up the UNESCO World Heritage site. The largest brick cathedral in the world, Saint-Cecile dominates the skyline. Built of brick from the region, the cathedral was constructed beginning in 1282. The interior has stunning 15th-century frescoes and the largest classical organ in France. The Bishop’s Palace houses the Toulouse-Lautrec Museum, which honors the famous painter who was born in Albi.

Be sure to stroll over the Pont Vieux, wander through Albi’s medieval center, and picnic on the banks of the Tarn River.

Pro Tip: Cordes-sur-Ciel is a 30-minute drive away. This town perched on a hilltop has not changed much over the centuries. One of France’s designated Most Beautiful Villages, it is a gem to explore. 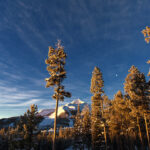 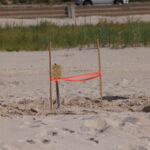 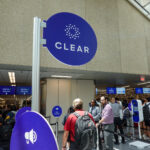 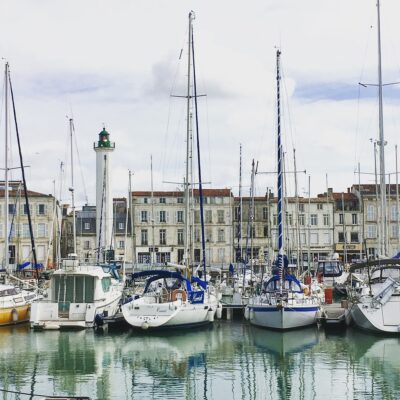 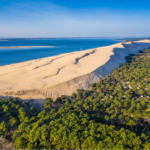