Eating Local In Athens, Greece: The Best Food To Try

Greek food has a mix of influences, none more so than the Ottoman Empire’s rule, which infiltrated not only the culture but Greek gastronomy, too, from coffee to Middle Eastern dishes from hummus (not a Greek dish, as many assume) to falafel and desserts such as baklava — filo dough and nuts drizzled in honey.

As a seafaring nation, you can expect fish to be served around the country and capital, from Michelin star restaurants to small family tavernas, and in recent times Greece has embraced not only the traditional street foods such as souvlaki and gyros, but also its own cuisine with an international twist, and restaurants aim to cater to the increasing vegetarian and vegan crowds.

Here, I aim to give you a flavor of my favorite places to frequent in Athens with my favorite dishes there, to whet your appetite, literally.

This is a small chain of roughly a half dozen Greek restaurants around the capital. The name means The Ant and the Cicada — taken from Aesop’s fable of the same name in which the ant worked hard over the summer months collecting food to store for the winter whilst the cicada relaxed, only for the ant to benefit from his hard work in the winter.

As the restaurant claims, “it’s a place where inspiration (cicada) meets labour (ant).”

The location I recommend is near central Syntagma Square, which is full of tourists and locals alike, so it’s best to book ahead. The dishes are old Greek style with interpretations that use regional ingredients — none more so than the Chicken Mastihato — my favorite dish, which I recommend enjoying with Tzitzikas Salad and a shot of Raki.

Chicken pieces are served on a pastry nest, and the cream sauce contains mastica — a nut plant resin indigenous to the Greek island of Chios. Together with the Tzitzikas Salad, which has ten fresh vegetables and regional anthotiro and manouri cheeses, dining at Tzitzikas Ki O Mermigas is an eclectic Greek experience, not only for its food but its decor, which emulates traditional 1950s Greek stores and kitchens, giving it a real homey feel.

Souvlaki is possibly the staple dish for any Greek, just as hamburgers are equated with the U.S. It’s a healthy fast food and definitely one for the meat lovers; skewered cubes of grilled pork or lamb are served with tomato, onion, parsley, the famous garlicky Greek dip tzatziki (made with Greek yogurt and cucumber) and French fries deep fried in olive oil and wrapped in thick pita bread.

Grab one on the go as you walk around sightseeing. It’s best to avoid the touristy overpriced places in the Monastiraki neighborhood near the Acropolis, but Kostas in Agias Irinis Square, just a little further up from Monastiraki, serves what locals and workers in the area consider the best, the proof being that it’s a family-run business that’s been in operation since the 1950s, and they make their own tzatziki sauce. Be prepared to wait in line outside. It’s a small place with no seating, and part of the experience is buying your souvlaki and eating it as you watch the day go by in the square, licking the delicious juices and dip off your fingers.

Although not technically Greek, Falafellas is a popular small hole-in-the-wall take out spot where locals and tourists alike buy falafel, which is similar to souvlaki but is chickpea rather than meat based. Take out the fries and instead add tomato, lettuce, cucumber, eggplant, and either tzatziki or plain yogurt. Falafellas serves excellent street food. You may want another falafel to go. Sit in the busy pedestrianized thoroughfare to watch the world go by.

Note: Be prepared to wait in line outside as Falafellas is a popular spot — the wait is worth it, though.

Now it’s time to explore some of the dessert options around the capital.

Loukoumades are small yeast puffs (similar to donuts) deep-fried until golden brown, drizzled with honey, and sprinkled with icing sugar and cinnamon. They’re found in Greece, Turkey, Egypt, and Persia. In Greece, they’re thought to be the oldest recorded dessert, traced back to the first Olympic Games of 776 B.C., during which deep-fried dough balls covered in honey were served to the winners as “honey tokens.”

Nowadays, some puffs are injected with banana-chocolate cream or custard, but I like them simple, just as they come.

Krinos, in the center of Athens (near Falafellas), has been making this dessert since 1923. Its small outlet offers many varieties of the dessert, and you buy them in cartons of various amounts. The place is small and offers limited seating, so you may want to sit in the pedestrianized zone outside. Krinos’s loukoumades are delicious, but this isn’t a food I recommend you walk as you eat!

Moving on now to the upscale neighborhood of Kolonaki in central Athens, in the foothills of Mount Lycabettus, you’ll find the award-winning seafood restaurant of celebrity Chef Argiro Barbarigou — known throughout Greece as the First Lady of Greek Cuisine. Born on the Greek island of Paros, she brings local knowledge to her dishes. Barbarigou was raised in a family that prides itself in hospitality and has family running the Papadakis Hotel in Paros.

You can expect a whole range of dishes from salads to risottos and pastas with fish as their bases. My favorite is the fish fillet with summer truffles, potatoes, and Santorini wine sauce.

Papadakis restaurant prides itself on using locally sourced ingredients from all over the country, and the restaurant’s Athenian location has indoor and outdoor seating with decor aimed at emulating Barbarigou’s Greek island roots.

If you find yourself on Paros during the summer months, be sure to visit her restaurant there, too.

Nice n Easy is a pleasure to add as a recommendation and one of my favorites, not least because it’s an organic bistro and their ethos of sourcing free-range local produce makes me feel that I am really eating fresh.

The organic farm-to-table menu ranges from meat dishes such as buffalo tenderloin tartare with black truffle and cured egg yolk served with thick handmade fries to vegan dishes such as mushroom pasta with winter herbs. An egg dish, such as organic eggs Benedict or the Kagianas Fitness — egg whites, tomatoes, avocado, and Philadelphia cream cheese — is a must if you’re just wanting a snack. For the health conscious, calorific information for all dishes is provided on the menu.

As well as a restaurant on Mykonos, Nice n Easy’s central Athens location near Parliament Square makes for a good place to have lunch after a morning of sightseeing. Add a glass of crisp white, rose, or red wine or an organic tea or coffee, and you have the ideal gastronomy in the ideal location.

I’m not vegetarian or vegan, but this has to be one of my favorite restaurants in the capital. The couple who started the restaurant initially opened a pilates and yoga studio across the road, and Avocado opened in the spring of 2011. Travelers and locals alike frequent it often, enjoying the range of local, seasonal, and organic produce. Choose from gluten-free dishes, too. The menu is eclectic and ranges from dishes such as hummus and avocado dip with gluten-free pita to fettuccine pasta with a simple homemade basil and pine nut pesto cream to burgers such as Avocado’s Burger — made from chickpeas and peanuts and layered with avocado, sweet potato, and various sauces. The burger is served with homemade tomato sauce and sweet potato chips. This one is my favorite, and a tip: Order this with no bun — it’s too thick to even consider eating with one!

Round off with homemade carrot cake and treat yourself to a smoothie such as pineapple and beetroot. It’s safe to say you’ll come away full but knowing you’ve eaten healthily.

Whether you’re a meat or fish lover, or someone with specific gastronomy needs, you’re sure to find anything you want in Athens. Greek cuisine encompasses a wide variety of healthy choices — it’s all in the Mediterranen ingredients and olive oil. You’ll be left wanting to bring back recipes.

One thing’s for sure: There’s more to Greek food than the famed moussaka! But you may still want a taste of the eggplant-based dish during your time in Athens. 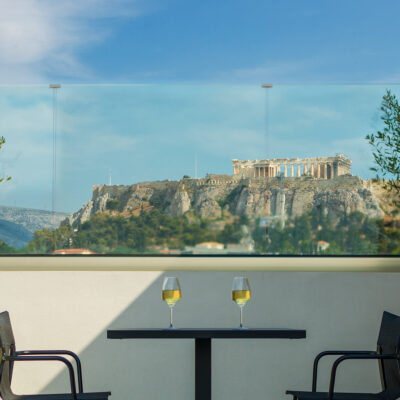 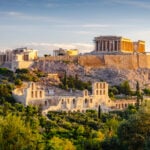 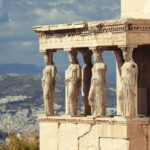 AthensThe Best Things To See And Do In Athens 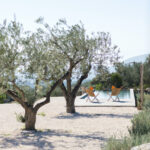