The water that laps against the white sand of Orange Beach is home to some of the best shrimp, crab, oysters, flounder, and grouper you’ll ever eat. Seasoned with the Southern flavors that waft in from New Orleans, they are most commonly served grilled, fried, blackened, or stuffed into a po’boy. If you enjoy fresh fish and seafood, you’ll be delighted to see it dominate the local food scene in Orange Beach, Alabama.

Whether you’re seeking breakfast or brunch, dinner, drinks, or dessert, here is what to eat (and drink) in Orange Beach.

With two locations in Orange Beach — one connected to Hotel Indigo and one at The Wharf — The Southern Grind is a great place to kickstart your day with caffeine and more in Orange Beach. If you like starting your morning with baked goods, you’ll find everything from French-style pastries to New York-style bagels. And if you want to pack in a bit of protein, consider a biscuit sandwich that layers either a piece of crispy fried chicken or an egg, cheese, and breakfast meat between one of The Southern Grind’s buttermilk biscuits.

But The Southern Grind is more than a coffee shop. Let them grill up a burger, press a panini, or toss a salad for a casual lunch in Orange Beach. The strawberry pecan salad featuring salad greens, toasted pecans, crumbled feta, and sliced strawberries is especially delicious!

Established in the devastating aftermath of Hurricane Katrina, the first Ruby Slipper Cafe was founded in the Mid-City neighborhood of New Orleans in 2008. Today, diners can click their heels together for breakfast at more than 10 Ruby Slipper locations in the Southeast, including one in Orange Beach, Alabama.

Try one of their creative eggs Benedict dishes, including one made with Gulf shrimp (of course) or fried green tomatoes. The Ruby Slipper Cafe makes it easy to sample several Benedicts with The Trifecta (a trio of their most popular Benedicts) or The Peacemaker (you pick two). Other delicious ways to start your day include pain perdu (stuffed French toast) or the bacon praline pancake — a classic buttermilk pancake topped with applewood-smoked bacon, toasted pecans, and a buttery brown sugar caramel sauce.

From basic to bizarre, the best donuts in Orange Beach (if not the state of Alabama) are at City Donut. If classic cake or traditional glazed are your style, you’ll find everything from chocolate and vanilla to blueberry and maple-glazed in this family-owned-and-operated donut shop. There are also jelly- and cream-filled delights as well as donuts topped with fruity breakfast cereal, crunchy sliced almonds, and mounds of shredded coconut. If you haven’t tried a “cronut” — a fresh perspective on the most traditional French baked good that is part croissant and part glazed donut — yet, you can give it a go at City Donut. Because the wide variety of donuts at City Donut are made fresh in house each morning, arrive early for the best selection!

Just a few steps from Wolf Bay, Cosmo’s Restaurant offers all the fresh local seafood you’d expect from a Gulf Coast establishment. But if you need a break from the Gulf’s famous shrimp, try the banana leaf-wrapped fish at Cosmo’s.

Inspired by his Filipino heritage and Southern upbringing, Chef Jack Baker wraps a seasoned sea bass filet first in parchment paper and then a banana leaf. This one-two punch ensures the fish is baked to a light and flaky perfection before being plated with rice and vegetables. And don’t just take my word for it: The Alabama Tourism Department has named this meal one of 100 dishes to eat in Alabama before you die.

Here are a few other things that make Cosmo’s Restaurant and Bar a great place to eat in Orange Beach:

Built from old shipping containers and recycled, salvaged construction materials, the Gulf is a unique waterfront eatery near Perdido Pass. Dig into locally-inspired food or sip a refreshing cocktail as you watch boats glide past on their way to and from the Gulf of Mexico.

The menu changes seasonally, but the freshness of the fish and seasonal ingredients remain constant. If you want something light, order the fried grouper sandwich or shrimp tacos topped with pineapple corn salsa and smoky ancho aioli. If you’re really hungry, feast on a pound of peel-and-eat shrimp. Or order the seafood boil which includes fresh Gulf shrimp (of course), but also mussels, crab legs, sausage, sweet corn, and red potatoes.

The Gulf is also known for its drinks. Stick with a classic by ordering a spicy Bloody Mary accented with English cucumbers and red peppers. Or be daring and try one of the Gulf’s coconut mojitos or spicy blackberry jalapeño margaritas.

Pro Tip: If your beachy vacation takes you east, you’ll discover The Gulf has another location about 90 minutes away in Fort Walton Beach, Florida.

Surrounded by unbeatable waterfront views, Tacky Jacks offers delicious food from sunrise until well after sunset. So if you want to grab a bite or sip some suds, sit back, and chill, Tacky Jacks is the perfect place. Just be sure you keep an eye on the water for dolphins frolicking nearby!

If you’re brave enough to try a truly local dish, the gator bites are delicious. Give tender chunks of alligator tail nuggets a try by ordering a half-pound that have been either fried or blackened. If noshing on swamp creatures is outside of your culinary comfort zone, then try the smoked tuna dip, Tacky shrimp, fish tacos, or a po’boy instead.

Fun Fact: While you’re likely to pass one of the other Tacky Jacks locations along the long sliver of land that stretches from the Florida state line to Fort Morgan, Alabama, the location in Orange Beach is the original.

Fisher’s is really two restaurants in one. Fisher’s Dockside is a casual restaurant on the ground floor while Fisher’s Upstairs is a more upscale Orange Beach restaurant located (you guessed it) upstairs. Whether you choose casual or chic, Executive Chef Bill Briand and his team pride themselves on serving amazing food with warm, welcoming service. The New Orleans native began his career in Emeril Lagasse’s kitchen and has been named a James Beard semifinalist multiple times over the past 5 years.

Whether you watch the boats pulling in at Fisher’s Dockside or sitting at an antique cypress table topped with white linen tablecloths, the food at Fisher’s will live up to your highest expectations. I recommend starting with the Murder Point oysters. These buttery-finish, farm-raised oysters served on the half shell come from nearby Bayou La Batre. At either location, you’ll discover a nice variety of incredible fish and shellfish dishes, including fried oysters, crab cakes, shrimp and grits, and grilled swordfish. But you’ll also find plenty of delicious alternatives.

At Fisher’s Dockside, you’ll find a wide variety of tasty burgers. And although it’s not entirely fish-free, the Cajun crawfish macaroni and cheese is everything you’d expect from an award-winning chef who grew up in crawdad country. Upstairs, delicious alternatives to fish and seafood include duck breast with cabernet glaze and quail stuffed with house-made Boudin dressing. And whatever dish you select, be sure to ask your server about wine pairings!

Don’t Forget To Drink A Bushwacker

No matter where you break bread in the morning or dine at night, you’ll definitely want to enjoy a Bushwacker when you visit Orange Beach. Originally concocted in the Virgin Islands, this cross between a chocolate shake and a pina colada is a local favorite. Chocolatey, coconutty, and creamy, this blended cocktail is definitely one of the local flavors you won’t want to miss in Orange Beach!

While Sandshaker is the home of the original Bushwacker, most bars along the Gulf Coast offer the boozy beverage. And several establishments offer Bushwackers with a unique twist:

When you order your Bushwacker, the bartender will likely ask if you’d like a “floater.” Consider saying yes to this extra shot of dark rum floating on the top of your frozen boozy milkshake. You are on vacation, after all!

From before dawn until well after the sun has set beyond the scenic horizon, these are the best restaurants in Orange Beach, Alabama, to help you experience the local flavors.

Looking for fun things to see and do on a rainy vacation day? Take the 10-minute drive to enjoy these 10 Things To Do In Gulf Shores, Alabama, On A Rainy Day.

Also be sure to check out the rest of our Alabama content: 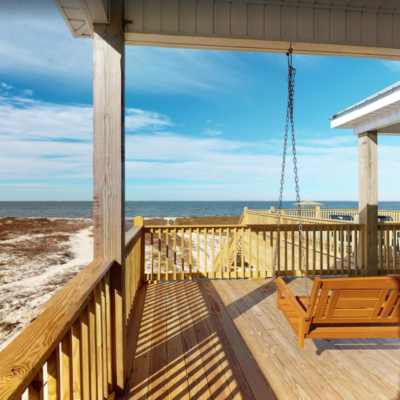 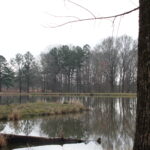 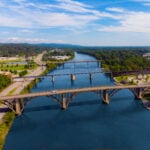