They’re quirky, wacky, unusual, and, well, just downright weird. A collection of travel destinations so offbeat they make you wonder who exactly would go there. How about you and me? Turns out that weird destinations are often the most rewarding. Here are some stunning, slightly off-kilter places that make for truly memorable adventures.

Here are 8 of the world’s weirdest destinations that are nonetheless worth checking out. Here’s to being unique!

To scientists, the nearly 40,000 strange, perfect polygons that comprise the Giant’s Causeway are the result of an ancient volcanic eruption, of once molten rock solidifying and contracting to create a mass of magical, fractal shapes. To more imaginative folk, the causeway really is magical, the result of a legendary giant who forged these wondrous shapes with his bare hands. According to legend, he was trying to build a causeway to Scotland, though he never completed the task. Maybe the truth lies somewhere in the middle! In any case, this one-of-a-kind World Heritage Site is an easy day trip from Belfast or Derry, if you want to stand on the shoulders of giants.

2. The Catacombs Of Paris, France

Tucked away from the busy, tourist-laden boulevards of Paris, there is a cool, calm, relaxed network of streets that are hardly ever busy. The only catch? They’re underground. Oh, and they’re lined with six million corpses. Well, not so much corpses as the long-dried and dusty bones of past Parisians.

The Catacombs are the result of city planning efforts in the 18th and 19th century to clear our Paris’ overcrowded graveyards. Someone had the brilliant (no, seriously, pretty smart) idea of reburying the dead in the network of dormant mines beneath the city. Today, the catacombs are a beloved attraction for travelers who yearn for a taste of the macabre. At once both pleasantly peaceful and also more than a little bit creepy, it’s an unmissable attraction if you have a morbid streak, fancy wacky art, or just want to take a quiet stroll.

Silk production and silk based art is an integral part of Japanese history and culture. The silk tradition has been long adored by locals, travelers, and — unfortunately — mice, who consider precious silkworms a delicacy. On Tashirojima island, an ingenious solution was found. Cats! They keep the mice in check and have evolved into a bit of a cultural attraction themselves. These crafty hunters far outnumber the 100 or so local residents who adore them. This is one location where being a “crazy cat lady” (or a “lunatic feline gentleman”) is a public service, and you can even stay in a cat shaped cabin!

In the small town of Port Allen, along the south shore of Kauai, there’s a beach lined with what they call “mermaid’s tears.” This is an old-fashioned name for beach glass or sea glass — glass which has been tumbled and tempered and made smooth and frosted by the power of the ocean. And Kauai’s Glass Beach is lined with it!

Rumour has it that the glass from a nearby junkyard makes its way to the beach thanks to the rhythm of the tides. Or maybe the mermaids, à la Hans Christian Andersen, truly are responsible! You can expect tiny, smooth pebbles of glass, but also keep your eyes open for some super rare red and orange pieces. You’ll want to be on alert for the endangered Hawaiian monk seal too. They like to snooze on the beach (volunteers are often on hand to talk about the area’s ecology).

If you want to up the weirdness factor, take a few minutes to explore the old, crumbling Japanese cemetery next door. Mermaids? Check. Seal naps? Check. Old, creepy cemetery? Check!

The American Southwest is famous for its delightfully weird and downright wacky destinations, from Nevada’s fabled and mysterious “Area 51” to the more outlandish characters of the Las Vegas strip. But Goblin Valley State Park flies under the radar of all but the most intrepid explorers. The combination of malleable sandstone and unmerciful desert winds has created ghostly hoodoo formations of rock. It’s utterly eerie and looks like the set of a science fiction film, but is very accessible thanks to hikes and nature trails that appeal to every level of fitness.

Everyone gets a little homesick when they travel. If you’re English and you happen to be in China, you’re in luck! Thames Town might just be the most unusual village in the world, a mock English hamlet complete with a local vicarage and pub. It’s a little bit Tudor, a little bit Victorian — and a whole lot of kitsch. And it’s great! If you have a hankering for high tea or want to see Chinese locals playing “tourist-in-England” while in their own country, this is the offbeat destination for you. Don’t forget to enjoy the fish and chips!

Kutna Hora is a charming, mid-sized town that’s an easy day trip from Prague. It’s a great place to sip local wine — but why have a genteel day when you can have a downright gruesome one? Kutna Hora is home to the famed "bone church". If you’ve never seen pictures — yes, it’s exactly what it sounds like. Sedlec Ossuary is made from 40,000 human skeletons — even the chandeliers were once people! It’s the kind of weird that leans more towards creepy than quirky but there are still some touches of whimsy. Keep an eye out for a raven made from human bones!

Even more than Paris’ catacombs… this really is a morbid stop.

In 1831, a single cross was placed on a hill in Lithuania to celebrate rebellion against the Russians. Perhaps inspired by the show of faith — or maybe a desire for subsequent rebellions — more and more crosses were added. Soon, the Hill of Crosses became something of an attraction in its own right, with the visiting faithful adding in their own tokens of devotion. Now it’s a mass of some 100,000 crosses, rosaries, and religious statues. It’s definitely not a sight you see every day and, depending on your point of view, you’ll find it either supremely comforting or positively peculiar.

Hungry to learn about more otherworldly and bizarre places to travel? Check out 8 Incredible Places That Don’t Look Like They’re On This Planet, or 8 Stunning Places You Won’t Believe Are In The U.S.

Retirement6 Financial Retirement Mistakes People Make According To An Expert 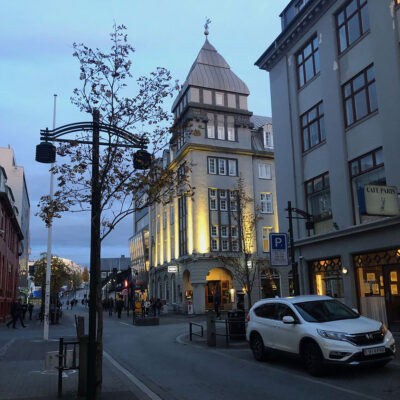 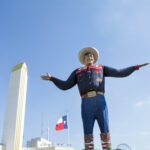 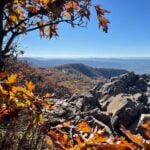 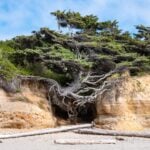