8 Reasons To Visit Italy This Fall 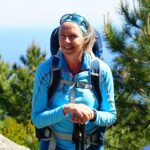 If we’re lucky, one of the great joys of getting older is more freedom to travel when we want. The kids may have moved on, and part-time work or even retirement hopefully allows more time to explore further afield. Better still, the need to take holidays during the peak summer months has gone, leaving us free to experience different destinations when they’re at their very best.

While Italy is wonderful at any time of the year, it’s possibly at its most beautiful in fall, when hillsides are awash with vibrant reds and golds, and menus overflowing with dishes packed with freshly-gathered truffles, mushrooms, and chestnuts. By September, the summer crowds have dispersed, reducing the rush in the classic sightseeing spots and bringing welcome tranquility to the beaches.

A bonus for anyone seeking a fairly active holiday is that the fierce heat of the summer months has dissipated, leaving a generally warm and sunny climate. Temperatures start to drop in October to around 18-20 degrees Fahrenheit depending on how far south you are. On the upside, sea temperatures can be warmer than in May, after months of summer sun.

Rather refreshingly, instead of fall being a time to hunker down, everything seems to spring to life in many regions of Italy, with attention turning to the grape and olive harvest after a languorous August.

Sound tempting? These are just some of the reasons I love being in Italy during the fall.

Extolling the beauty of central Italy is never difficult but there’s something very special about it in the fall. One of the most spectacular places to catch fall colors is in the Casentino National Park, between Tuscany and Emilia Romagna, where the multiple species of trees (including beech, maple, cherry, ash, and chestnuts) produce a magnificent array of flaming colors.

If a city break is more your style, you can still enjoy seasonal beauty. Stay in Florence and intersperse visits to the numerous art and architectural treasures with leisurely strolls in the Boboli Gardens or the less formal Le Cascine, a vast 118-hectare expanse along the Arno which lies carpeted in crunchy leaves during fall.

For more magical views elsewhere, immerse yourself in the Langhe region of Piedmont in northwest Italy. Here, typical early morning mists give way to a rolling landscape dotted with hilltop villages and castles shrouded in red and gold-hued hazelnut trees against a backdrop of snow-tipped mountain peaks.

Pro Tip: Time your visit between mid-October and mid-November to see fall colors at their best.

So many of us place food within our top five motivations for visiting Italy, and there’s even more reason to do so in the fall. With traditional Italian cuisine revolving around using simple locally grown ingredients, dishes naturally become heartier, with a big focus on mushrooms, chestnuts, and squashes. Chestnut stands pop up on street corners, and in northern Italy, towns hold local castagnata (roasted chestnuts) celebrations in October and November.

In Tuscany, tuck into castagnaccio cakes made with dense chestnut flour and filling vegetable soups packed with nutrient-packed dark cavolo nero. Swap the traditional Italian favorite of cantaloupe melon with prosciutto, plates of figs with salami, or apples with pecorino cheese.

Not surprisingly for a region that gave birth to the “Slow Food” movement, Piedmont also tops the charts when it comes to seeking out delicious food. Fall is the best time to appreciate the region’s bounty to the maximum on a gastronomic tour. Feast on dishes prepared with freshly-harvested hazelnuts, sample some of the best local wines, and learn how to make local specialties with freshly-gathered truffles.

Pro Tip: Round off your gastronomic journey to Piedmont with a visit to the little town of Cherasco, famous for its Baci di Cherasco (Cherasco kisses). The chocolates, made of 65 percent cocoa solids and toasted hazelnuts from the Langhe, were first created in the Pasticceria Barbero in 1881.

For foodies, truffles and fall go hand in hand in northern Italy and particularly in the fertile region of Piedmont. Most truffle hunting takes place within a range of around 45 minutes from the town of Alba, in the hills around the towns of Asti and Monferrato. An excursion will usually include hiking in the woods with a local truffle hunter and his dog in search of the prized tuber.

Visit Italy during fall and you’ll be hard pushed not to stumble upon a local food festival! These are staged throughout October and November in numerous towns and villages throughout Italy. In addition to the white truffle festival in Alba, where consumers and chefs from around the world bid for the tartuffi bianchi. There are truffle festivals in Tuscany, Umbria, Le Marche, and Emilia Romagna.

However, it’s not all about truffles. Two of our favorite festivals are the Borgotaro Mushroom Fair in the province of Parma, and the chestnut festival in Palazzuolo sul Senio in northern Tuscany. The Borgotaro mushroom is a superior kind of porcini mushroom that grows wild in the woods of the Tuscan-Emilian Apennines and is the star of the four-day festival which includes tastings, street food, exhibitions, and music. Best of all though, the festival is a brilliant way to mingle with locals and experience Italy’s food culture.

Palazzuolo sul Senio’s chestnut festival (La Sagra del Marrone) takes place every Sunday in October. During the event, market stalls in the heart of the medieval village are piled high with chestnut-themed products such as cakes, bread, and other desserts. You can stay right in the heart of the village at the charming Locanda Senio, either independently or as part of a tour of Northern Tuscany. The hotel is part of the unique Albergo Diffuso group which offers accommodation in newly-renovated dwellings scattered throughout the village.

Pro Tip: Just 13 kilometers from Palazzuolo sul Senio, still in the Mugello region of northern Tuscany, the village of Marradi puts on its own chestnut festival every Sunday in October.

5. Take To The Hills

Fellow hikers and nature lovers will welcome September and October’s cooler temperatures. If you enjoy experiencing some warmth from the sun, without the searing heat of the summer, then this is the time to explore Italy’s rolling hills and mountain landscapes on foot.

In northern Italy, fall brings with it clear blue skies and a special light that spreads over Italy’s countryside and the medieval cobblestone alleyways of its hilltop towns. Temperatures are cooler than in the south, but the climate is ideal for hiking.

Pro Tip: September and October are excellent months to hike in southern Italy where temperatures are fierce during the summer months but can still nudge the early 20s in October.

Another good reason to visit Italy in the fall is that this is harvest time in Italy. You’ll hear the hum of the frantoio olive press during the months of the olive harvest (September to December) and have plenty of opportunities to taste wines and olive oils from local producers.

Pro Tip: In Tuscany, the olive harvest is the ideal opportunity to taste fett’unta, a toasted bread drenched with the newly pressed extra virgin olive oil.

I love visiting the Italian Lakes in September when the crowds have disappeared and prices start to drop. This is the time to stroll through the iconic lakeside botanical gardens. At Villa Taranto on Lake Maggiore, the dramatic fall foliage is resplendent with dazzling gold and amber hues, and the Dahlia Maze stays open until late October. There’s also far less traffic on the main roads around the lakes which are by now set against a backdrop of snow-capped mountains. If you’re lucky, you’ll get to experience them in the sunshine, but if you visit in October, be aware that this is the mountainous north so temperatures can be cooler.

While September is still a fairly high season in central Italy, as you move into October, you’ll find quieter galleries and thinning tourist crowds. The number of overseas visitors lessens in the hill towns of Tuscany and Florence’s city center, as well as in the smaller towns such as Lucca and Siena.

Pro Tip: Throughout Italy, hundreds of state-run museums and galleries such as the Uffizi Gallery in Florence are free on the first Sunday of every month. You can’t pre-book tickets but queues are smaller in October and November.

8. Shelter Under The Ultimate Umbrella

Not surprisingly, you’re more likely to experience some rainfall during October and November compared with the summer months. However, several of Italy’s most extraordinary cities offer the perfect solution in the form of wonderfully long porticoes that provide the ultimate refuge. Spot of rain? Duck under some of the country’s longest porticoes in the city centers of Bologna, Turin, and Padua where they extend over 37 kilometers, 18 kilometers, and 12 kilometers respectively.

Pro Tip: Turin is as renowned for its shaded porticoes as its fabulous café culture. Take time out to linger over a bicerin (a three-layered drink with coffee, chocolate, and cream) at Al Bicerin café, that dates back to the mid-1700s.