Sunny day, sweeping the clouds away… Can you tell me how to get to Medicine Hat?

You won’t find the Sesame Street characters in Medicine Hat, but you will find plenty of sunshine to cheer your soul. The name Medicine Hat drew us to visit the city between Calgary and Regina on the Trans-Canada Highway. Its beautiful scenery and culture made “The Hat” one of our favorite day trips from Calgary.

Legend says that the Blackfoot tribe was starving when the elders chose a young man to save his tribe. He traveled down the ice-covered South Saskatchewan River with his wife and dog until they found a hole in the ice between present-day Police Point and Strathcona Island. The Blackfoot believed the hole enabled the spirits to breathe.

They summoned the spirits. A giant serpent demanded that the man sacrifice the woman to receive a “Saamis,” a holy bonnet endowed with special powers. Distraught, the man tried to sacrifice his dog instead of his wife, but the dog’s sacrifice didn’t fool the serpent. Desperate, the man threw his wife into the icy river.

The man camped on Strathcona Island. The snake ordered him to visit the base of the cliffs in the morning, where he would find the medicine hat. With the Saamis’s aid, the hunter rescued his people and became a great medicine man.

A brick mural on City Hall depicts the legend.

Pro Tip: Paddle the South Saskatchewan River from Echo Dale Regional Park to Strathcona Island Park. Depending on how fast you paddle, the trip can take from 2.5 to 4 hours. Police Point Park is a nature reserve.

When you visit Medicine Hat, bring your sunshine music playlist. With 300 days of sunshine in Canada’s sunniest city, you can see clearly. With 2,544 sunny hours a year, all the dark clouds that had you blind are gone. You’re going to have a bright, bright, sunshiny day. And, in Medicine Hat, everybody’s free to wear sunscreen.

During the 1988 Calgary Winter Olympics, the Saamis Teepee held the Olympic Flame. After the Olympics, Rick Filanti bought it for $100,000 and moved it to Medicine Hat. The teepee’s main masts stand taller than a 20-story building. The teepee’s floor spans 160 feet. Ten large circular storyboards explain First Nations’ heritage. Standing surrounded by the enormous poles with the plains spread all around brings a sense of humility.

The teepee perches at Seven Persons Coulee’s edge. The coulee’s 600-year history also produces humility; this site was here before I came, and it’ll be here when I’m gone. First Nations people repeatedly camped in the coulee’s bottom. The site has revealed meat processing and bead-making activities, plus personal artifacts.

Fun Fact: Medalta is a portmanteau of Medicine Hat and Alta, the original postal abbreviation for Alberta.

Tours begin with the Tony Schlachter Collection of southeastern Alberta pottery in the Reception Gallery. Schlachter began his 2,500-piece collection with a stoneware chicken waterer. It now comprises 38,000 objects.

Pro Tip: Buy a piece of Medalta pottery in the gift shop. They’re made with the same process and machines as the original work. Our Medalta bean pot makes fabulous soup. If you’re ambitious, sign up for a pottery class and create your own pot.

The park features three parts: Alberta’s Elkwater Lake, Saskatchewan’s Centre Block, and the West Block Wilderness Area. The hills, rising 2,000 feet above the plains, are like a lost piece of the Rockies. The air is so clear that you can see Medicine Hat’s lights from the top of Horseshoe Canyon. The park is Alberta’s first Dark Sky Preserve and the rest of the night sky is emblazoned with stars. When conditions are right, the northern lights dance.

Fun Fact: Some of the hills’ rivers drain into the Missouri River system, making their drainage part of the Louisiana Purchase and a former portion of the United States.

Many Canadian small towns have interesting and unusual tales to reveal: 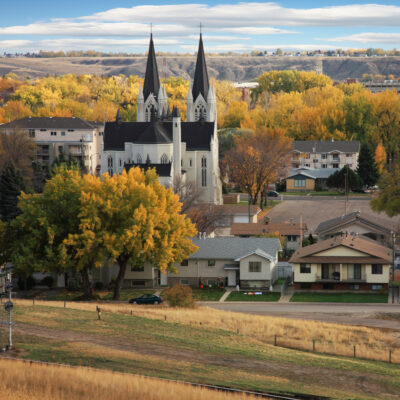 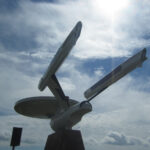 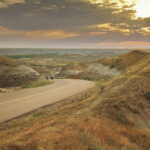 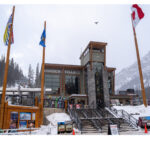