Huntsville, Alabama, also referred to as Rocket City, is much more than a major technological and aerospace center. It also has some incredible green spaces that offer visitors to the city a chance to experience beautiful panoramic vistas, fascinating geologic features, and thundering waterfalls.

There is only one way you can get to the incredible outdoor wonderlands of the region and that’s by lacing up your boots and taking a hike. Here are nine of the best hikes in the Huntsville area.

For any of these hikes, remember to carry plenty of water with you (especially in the hot summer months) no matter what distance you will be hiking, and while many of the trails listed here follow alongside springs and creeks, be sure to filter the water before drinking.

Head to the top of Monte Sano Mountain at the state park of the same name to explore the fascinating geology of the Stone Cuts.

Four trails — the South Plateau Loop, Sinks Trail, Stone Cuts Trail, and North Plateau Loop — lead you on a 2.4-mile moderate loop hike that passes through spectacular rock formations and narrow tunnels that were formed millions of years ago when a shallow ocean once covered the land. As the land began to rise, and the ocean receded, shell banks and coral reefs were left high and dry. Once they dried out, the limestone they left behind was eroded by the elements in what is known as karst geology, creating the numerous sinkholes, caverns, outcroppings, and cuts that you can explore today.

Pro Tip: The most difficult part of this trip is the return climb up to the North Plateau Loop, otherwise, it’s a fun journey of exploration. The hike begins at the hiker’s main parking lot on Nolen Drive. Monte Sano State Park is open from 8 a.m. to sunset. Tent and RV camping are available. Visit the park’s website for the latest fee schedule.

There are even more spectacular examples of karst geology to visit in Huntsville, including the Lost Sink at the Keel Mountain Nature Preserve.

The “sink” is exactly as its name implies — a vertical 100-foot sinkhole. The dark and moody moss-covered limestone walls of the sinkhole are brought to life with a beautiful waterfall cascading down its walls showing that this is still a work in progress.

The hike to view the falls and sink is a beautiful but rugged 2.2-mile out-and-back hike over rock slabs and boulders. The hike is rated moderate in difficulty but the reward is well worth the effort.

Keel Mountain is a 310-acre tract owned and managed by the Nature Conservancy. The preserve was established to protect the endangered Morefield’s Leather Flower, a beautiful vining plant with purple bell-shaped flowers.

Pro Tip: The preserve is located 16 miles southeast of Huntsville in Gurley. Admission to the preserve is free. Use extreme caution at the sinkhole. It is a precipitous drop to the bottom. The trail is well marked with Nature Conservancy medallions.

Many words have been used to describe Neversink Pit: stunning, breathtaking, incredible. They are all true.

Like Lost Sink, Neversink Pit is a 162-foot-deep, 40-foot-wide sinkhole. What makes this more than just a hole in the ground is the incredible beauty of the site with its fern-lined rim and waterfall cascading down the moss-covered walls. Neversink really lights up in the spring when the scene is framed with dark greenery and blooming mountain laurel.

The hike to Neversink is only a 1-mile out-and-back trek but it is rated as being difficult, with a 338-foot elevation gain in the half-mile walk to your destination. It is a steady and rocky climb to the top.

Pro Tip: Neversink Pit is located about an hour east of Huntsville. Unless you are an experienced climber with vertical caving skills, do not attempt to climb down into the pit! And if you are experienced, you still need a special permit to climb. If you want to hike to the pit, you must obtain a surface permit from the Southeastern Cave Conservancy. The permit is free but please consider making a donation of whatever you can to help the conservancy protect the caves in the region. When you get there, stay clear of the edge.

When it comes to protecting greenspaces in the burgeoning city of Huntsville, no other organization does it better than the Land Trust of North Alabama (LTNA). It currently has nine preserves scattered about the area and Bethel Spring (as of this writing) is its latest.

The highlight of a hike at Bethel Spring is the shimmering segmented waterfall at the northern end of the 2-mile double loop that cascades down its rocky wall over several courses into a 334 foot vertical cave.

Even if you don’t do the moderate hike to the waterfalls, the first (and easier) loop is a great getaway for relaxation as it meanders alongside the babbling spring with several benches where you can sit and get lost in the sound of the sparkling water.

Pro Tip: The best way to hike to the waterfall is by doing the hike counterclockwise. It is less difficult.

Another great Land Trust of North Alabama hike will be found on the west side of Monte Sano Mountain in the nature preserve of the same name. Take your pick of trails to create a seemingly endless variety of hikes to massive rock bluffs, rushing springs, fields of wildflowers, a waterfall or two, and a bit of history at the Three Caves Quarry and the old spring house.

The trails range in difficulty from easy to difficult, with six trailheads scattered around the perimeter of the preserve so it’s easy to customize your hike for the day.

Pro Tip: The Bankhead Trailhead on Artie Street SW is the main parking area for the preserve and can be very crowded on weekends. Consider using one of the others.

On the opposite side of the mountain at Monte Sano State Park, you will find this fun and easy double loop hike.

This 5.4-mile double loop is an easy walking trek that uses both the North and South Plateau loops. The 1.9-mile North Plateau Loop takes you past some historic Civilian Conservation Corps (CCC) structures and just off trail, two seasonal waterfalls — Lodge Falls and McKay Hollow Falls.

The 3.5-mile South Plateau Loop takes you to beautiful views of the surrounding mountains and valleys, especially at the rock outcropping known as O’Shaughnessy Point.

Both trails are rock and dirt footpaths that begin at the hiker’s parking lot on Nolen Avenue so it’s easy to do only one or both trails.

Pro Tip: Restrooms are available at picnic areas along the North Plateau Loop. Don’t miss the weekly show at the Von Braun Observatory. Every Saturday evening, the Von Braun Astronomical Society hosts a planetarium show with special guests and (weather permitting) a view of the stars through telescopes. Make it a weekend adventure by staying at the park’s campground.

Blevins Gap is another Land Trust of North Alabama tract. The preserve spans two tracts totaling 1,086 acres and is divided in half into a north and south section. The south section is best known for its splendid views of the Huntsville mountains and valley and makes for a great 2.8-mile trek.

Begin your journey on the Bill and Marion Certain Trail from the Blevins Gap Trailhead on Cecil Ashburn Drive SE. It’s a moderate to difficult (1,500-foot elevation gain in a half mile) climb to the top of the ridge and from there, an easy 0.9-mile walk to the connection with the West Bluff Trail and where you will get your first view from an overlook. Join up with the West Bluff Trail to head back to the trailhead and get another view, this time from the west side of the ridge.

Pro Tip: The trailhead can be very crowded on weekends. The trails are shared with mountain bikers so keep your eyes open.

When you ask an Alabamian where the best place to hike in the state is, a handful of trails come to mind, but the one that usually tops the list is the Walls of Jericho.

Located one hour northeast of Huntsville, the Walls (which are actually in Tennessee just across the state line) is an incredible bowl canyon, more of an amphitheater, really, with 200-foot-tall limestone walls. At the far northern end, a ribbon of water cascades down into a hole in the rock wall, disappearing into the cavern before shooting out of a crevice at the bottom.

The 6.4-mile out-and-back hike begins at the trailhead on AL 79 and takes you past deep sinkholes, crosses a few turquoise streams, and an old cemetery before heading into the canyon itself.

Pro Tip: The upper waterfall is accessible by climbing up the limestone wall at the northernmost end of the canyon, but it is very slippery, so use caution. Bring plenty of water, snacks, and a lunch for the trek. It’s a good 5-hour minimum hike (and that’s without exploring) and a steep one coming out. 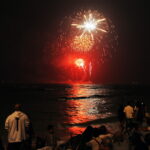 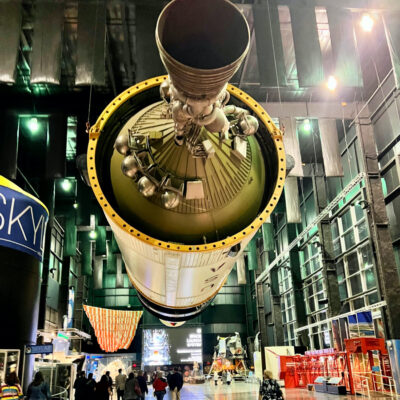 Huntsville15 Amazing Things To Do In Huntsville, Alabama 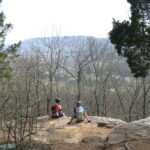 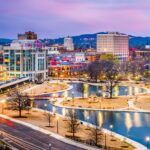 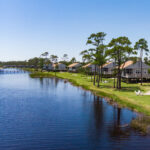