U.S. Space & Rocket Center: 8 Reasons You And Your Grandchildren Will Love It

Dubbed “Rocket City,” the U.S. Space & Rocket Center in Huntsville, Alabama, opened in 1970 to celebrate the nation’s space exploration. The museum is owned by the state of Alabama and is part of the Smithsonian Institution. It is the world’s largest space museum, featuring more than 1,500 space artifacts, and is the perfect place for families to learn about the United States space program.

Here are eight reasons why you and your grandkids will enjoy a visit.

1. It Provides A Fascinating Glimpse Into The Past

The U.S. Space & Rocket Center has two main buildings and two outdoor areas, Rocket Park and Shuttle Park. It’s home to the world’s only full-scale space shuttle, as well as artifacts like the Apollo 16 Command Module and a Shuttle Training Aircraft. A walk around the campus is like a trip back in time. It’s an excellent opportunity for older generations to share stories with their grandchildren about these historic moments.

Each exhibit room covers a different aspect of the U.S. space journey. One is dedicated to the Apollo program and features the spacesuits used on the mission, a lunar lander, and an actual moon rock from the Apollo 12 mission.

One of the highlights is suspended in the air inside the Davidson Center. The Saturn V moon rocket, a National Historic Landmark, was used to launch astronauts to the moon and back. NASA used the rocket first during the Apollo 8 mission. This type of rocket was also used during the infamous Apollo 13 mission. Keep wandering around the exhibit hall to learn more about the Saturn program.

Rocket Park is located outside behind the building. It features old NASA rockets as well as U.S. Army missiles. Be sure to check out the PGM-19 Jupiter — it launched the first creatures into space, two monkeys named Able and Baker. Their mission paved the way for human space exploration. After retiring, Baker lived out her years at the U.S. Space & Rocket Center. Also in Rocket Park is a mock-up of the lunar lander, complete with an American flag planted on the moon’s surface.

Wander over to Shuttle Park, also outside on the grounds. There, you’ll find the Space Shuttle Orbiter Pathfinder, the first orbiter ever built, and a shuttle training aircraft that pilots used to learn how to land the orbiter.

2. You Can Touch (Almost) Everything

At the U.S. Space & Rocket Center, you can touch (almost) everything! Each exhibit room has interactive elements. You can walk into a space station to see where astronauts store their food and clothes and how they communicate. Or you can lie down in a spacecraft to push all the buttons and flip all the switches. You can even sit on one of the rovers and turn its steering wheel, or make footprints on the moon’s surface while learning about the nation’s moon landing.

3. A Variety Of Shows Are Available

The U.S. Space & Rocket Center is home to several theaters that screen shows throughout the year. The National Geographic Theater inside the Davidson Center has a 52-foot screen, and many movies are shown in 3-D. The Intuitive Planetarium is a full-dome theater with 8K digital capability. Be sure to grab some food and drinks in the space-themed lobby before heading in to the show.

The movies do cost extra. You can buy a combo ticket that includes one movie, but you can add on more movies for a discounted price. Senior discounts are available for the combo tickets.

You can experience what astronauts feel on the many simulators and rides at the U.S. Space & Rocket Center. All of these are included in regular admission.

Inside the main museum building, go inside the HyperShip, a motion-based simulator that will take you on a 5-minute virtual ride. Outside, there’s the G-Force Accelerator that simulates 3 Gs of force. Try to push against it — it’s hard! Step it up a notch with 4 Gs of force on the Moon Shot. This ride will launch you 140 feet into the air in under 3 seconds. There’s a smaller (and tamer!) version for kids inside the Kids Cosmos Energy Depletion Zone. It also has areas where the grandkids can climb and play.

Check the rules of each simulator; some are not good for those with certain medical conditions.

5. You Can Try Freeze-Dried Ice Cream

Don’t leave the U.S. Space & Rocket Center without trying the freeze-dried ice cream! It’s what the astronauts eat in space, and you can get it on Earth at any of the stores on the museum’s campus.

If you need something of more substance, the Mars Grill is a great place to refuel. Everything is made in-house, and there are a wide range of options, from hamburgers to soups to an all-you-can-eat salad bar. Try the Fried Martian (chicken tenders), Mars Taco Bowl, Rocket City Burrito, or Universe Fries (fries topped with chili, cheese, sour cream, and bacon). There are Mini Astronaut Meals for the little ones and beer and wine for the adults. And while you sit and eat, the grandkids can run around the play area inside the dining room.

The Biergarten allows visitors to eat and drink under the Saturn V moon rocket. It is open every Thursday evening from spring through fall. The Biergarten is family friendly and features authentic German food as well as German wines, and, of course, beer! There’s even live music, making it the perfect spot to unwind after a day of exploring. The Biergarten is free to enter, but you’ll need to bring money for food and drinks.

7. You Can Participate In Space Camp

At Space Camp, kids between 9 and 18 can learn about space and life as an astronaut. The campers spend the night in a replica of the International Space Station and experience simulators, engineering projects, and other hands-on activities.

The program is wildly popular and has grown to include Family Space Camp, a three-day, two-night adventure for the whole family. The camp’s simulators will make you feel like you’re launching to the International Space Station. You will also experience what it’s like without gravity and build and launch your own rocket. And if you arrive early for camp, you might be able to eat lunch with an astronaut!

8. You Can Take A Bus Tour Of The Marshall Space Flight Center

The Marshall Space Flight Center is a propulsion research center located next to the U.S. Space & Rocket Center. The center is one of NASA’s largest field offices, and its engineers conduct research and testing to make U.S. space travel possible.

You can add on a tour of the center to your U.S. Space & Rocket Center admission. The bus tour costs $20 and departs every day at 12:30 p.m. from the U.S. Space & Rocket Center’s main entrance. The tour lasts 2 hours and 30 minutes and is narrated by a professional guide. A highlight of the trip is the Redstone Test Stand. This National Historic Landmark is where NASA did static tests in the 1950s and, according to the National Park Service, it was the first test stand in the nation able to accommodate the entire launch vehicle for tests. Please note that you must be a U.S. citizen to take this tour.

Plan to spend most of the day at the U.S. Space & Rocket Center. You can buy tickets online, but if you want to cash in on one of the discounts, you’ll need to do that in person. Also, if anyone if your group is a member at any other museum, check in about discounts. We got free admission due to our membership at a science center back home!

Planning a trip to Huntsville? Here are eight great reasons to visit. 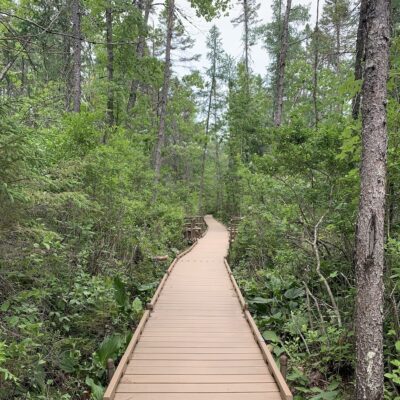 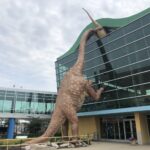 Family VacationsOur Writers’ 8 Favorite Places To Travel With Their Grandkids In The U.S. 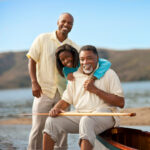 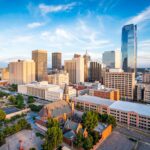