The Queen Is Opening Up Buckingham Palace To Picnickers, Here’s What You Need To Know

The Queen (or at least a staffer) has tweeted, “For the first time this summer, members of the public are invited to picnic on the Buckingham Palace lawn and enjoy the garden in all its splendour.”

This tweet is as good as a royal decree offering an unheard-of privilege. Never before has the general public been invited to picnic in Buckingham Palace Gardens!

Why Are The Gardens Open?

Under normal circumstances, three annual garden parties occur at Buckingham Palace for the Queen to honor and recognize public service. These are highly anticipated events on the social calendar as the invited guests mingle with the royals. Men wear lounge suits and women day dresses with matching hats or fascinators.

Buckingham Palace canceled the parties, which generally host 8,000 people, due to pandemic restrictions.

In lieu of these parties, the Queen decided to open up the garden to the public. Fresh air and a beautiful garden are wonderful restoratives. Buckingham Palace has the largest private garden in London, covering 39 acres from Pall Mall to Hyde Park Corner, an area the size of 30 American football fields.

When Are The Gardens Open?

The Buckingham Palace Gardens are open this summer, July 9 to September 19, 2021, with the opportunity to picnic on the Palace lawns. Tickets are available via the Royal Collection Trust website. Those wishing to picnic must book a specific date and time to allow officials to manage guest numbers. Tickets cost about $23 for an adult and $21 for over 60s.

If the RCT tickets are unavailable for your preferred dates, a combination ticket that includes garden entry and one of the open top bus hop-on-hop-off services may be available through Tourist England.

Guests can freely wander around the winding paths at their own pace, experiencing the beauty and calm of this walled oasis. The route encompasses Horse Chestnut Avenue, the lake, and the Herbaceous Border — a massive wave of plantings 512 feet long by 16 feet deep.

Additionally, visitors can take guided tours at a nominal cost to see the Rose Garden, summer house, and wildflower meadow.

After exploring the gardens, the public can enjoy a picnic on one of the sweeping lawns overlooking the Palace.

What To Eat & What Not To Drink

Visitors can purchase food from outlets around the garden or bring their own. Take inspiration from the Queen’s garden party menu by packing items such as cucumber sandwiches with fresh mint, Dundee cake, Victoria sponge cake, strawberry cream Battenberg cake, and fruit scones (here’s the royal recipe) with clotted cream. According to former royal chef Darren McGrady, the Queen is partial to jam pennies — small rounds of bread with raspberry jam, an easy one to make!

Or order a picnic from one of London’s famous department stores such as Fortnum & Mason or Harrods. Cheaper options include Waitrose, Marks & Spencer, or buying supplies at the Borough Market.

While a picnic on the lawns of Buckingham Palace seems the perfect setting for a Pimm’s or a QM (gin and Dubonnet, the Queen Mother’s favorite tipple), alcohol is not permitted, nor are glassware, barbecues, radios, or ball games.

Described as “a walled oasis in the middle of London,” Buckingham Gardens features 325 wild plant species, 30 species of breeding birds, and over 1,000 trees. The 98 plane trees were planted and named after Queen Victoria and Prince Albert. Some of the English oaks grew from acorns the Queen planted when each of her children were born. Look out for plaques for Prince Charles (1948), Princess Anne (1950), Prince Andrew (1960), and Prince Edward (1964).

The garden holds a national collection of mulberry trees with over 40 varieties. Mulberry leaves are one of the botanicals used in the palace gin alongside lemon verbena, hawthorn berries, and bay leaves.

Summer planting at the gardens requires approximately 22,500 plants, including spider plants, salvias, and weeping figs. The scarlet geraniums match the tunics of The Queen’s Guard at Buckingham Palace. In wintertime, the beds feature 50,000 yellow wallflowers and red tulips. A weekly vase of fresh flowers is placed on the Queen’s writing table when she’s in residence. In winter, there is a mix of evergreen leaves and colorful berries.

There are 25 beds of roses, each with a different type of rose. Many boast a royal connection, such as the Alex Cocker’s Rosa “Silver Jubilee,” and the red Prince William introduced in 1982 when the Queen’s grandson, Prince William, was born.

Gardeners choose roses for their beautiful scent, although occasionally the roses “are on the nose.” The Queen prefers not to use pesticides, so gardeners spray roses with water infused with garlic powder. The pungent smell lasts a day or so but keeps the aphids at bay for much longer.

The central garden feature is the 3.5-acre lake, created in the 19th century. The lake has a waterfall and is surrounded by the wildest area in the gardens: a refuge for nesting birds. An island houses five beehives that produce around 160 jars of honey for the royal kitchen each year.

Victoria depicts the incident where Prince Albert fell through the ice while skating on this lake, and Victoria saved his life. Allegedly, Elizabeth also fell in as a child when looking for duck nests and emerged dripping with slime.

How Popular Will The Event Be?

When the Queen announced the opening of the gardens in April, there was overwhelming demand on the RCT website. Writing this article in mid-June 2021, there are a few slots available, but I’m unsure of how long these will last. Unlike the traditional garden parties, there will be little chance of spotting royalty. The Queen will spend the summer at Balmoral Castle.

A New Book About The Royal Garden

Another way to experience the gardens is through A Royal Garden by Claire Masse with stunning photography by John Campbell. This publication coincides with the opening up to the general public for picnics and depicts the changes in the garden over a year. Keen gardeners may enjoy the insights and tips from Head Gardener Mark Lane. 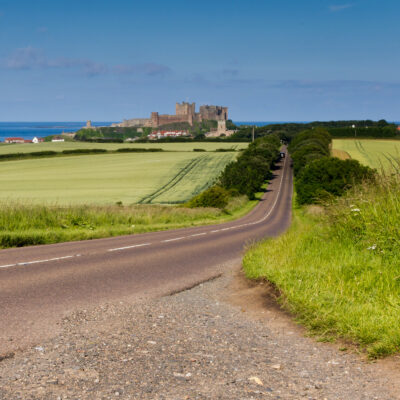