7 Famous Volcanoes That You Can Visit

Climbing a volcano doesn’t exactly sound like something that would make for a tranquil vacation. If anything, it sounds like a scene from a blockbuster movie, the kind of thing the good guys might do to thwart the villains. But visiting volcanoes is a surprisingly peaceful activity. These unique ecosystems offer visitors the chance to enjoy rare geological phenomena and delicate plant life. They also loom large in more ways than one, shaping the culture and growth of the communities that surround them. They’re even spiritual centers in a way, their mighty power promoting folklore, legends, and theological reflections. If you’ll forgive the pun, visiting volcanoes is a hot travel activity, one that you’re likely never to forget.

Here are seven of the world’s most famous volcanoes that you can visit.

For most people keen on checking out a volcano, being there for an active eruption isn’t exactly part of their plan. But at Mount Stromboli in Sicily, watching the eruption up close is an essential part of the experience. Nicknamed “the Lighthouse of the Mediterranean,” Stromboli has been erupting on a fairly consistent schedule since 1932. With local guides leading the way, visitors tackle a steep hike that takes several hours. By the time they reach the summit, it’s dark outside, and the guides know exactly where to position everyone to safely enjoy the bursts of orange lava that illuminate the sky

Mount Vesuvius has the distinction of being one of the world’s most dangerous volcanoes, a well-earned title considering its A.D. 79 eruption destroyed the city of Pompeii, killing an estimated 1,000 people. Should it erupt today, the repercussions would be nothing short of catastrophic, since 600,000 people live directly in the danger zone in the city of Naples. Still, visitors stream in to visit every day. Part of the appeal is its accessibility. You can drive up about 4,000 feet before parking to walk the final 650 feet to the top.

If you don’t mind waking up very early (or going to bed very late, depending on your point of view), visiting Indonesia’s Mount Batur is an unforgettable travel experience. The majority of guided treks to the top of this volcano leave early. We’re talking 3 a.m. early! But pulling an all-nighter or getting up while it’s still pitch black outside is worth it. Not only will you experience sunrise from the volcano’s point of view, but you’ll avoid the hazy clouds that normally ruin the views in the afternoon and be rewarded with unspoiled views of Bali.

Villarrica is also known as Rucapillán, a Mapuche word meaning “House of the Devil.” With that foreboding of a name, you might think twice before visiting. But Villarrica is a dreamy destination for nature lovers (and anyone keen on a challenging hike!). One of the most active volcanoes in the country, it is usually covered with snow, making for great photos. Villarrica National Park is a fantastic place for hiking, and there’s excellent skiing, horseback riding, and river rafting nearby.

In Costa Rica, the name Arenal elicits mixed reactions. In 1968, the volcano unexpectedly erupted, causing widespread devastation. But some good has come from the destruction. A national park was established, and visitors can enjoy hiking across the former lava fields. Guided tours of the destination, which is about 3 hours from San José, include a history of the eruption, plus luxurious moments like visiting hot springs and relaxing by waterfalls.

Mount Rainier is one of the most accessible volcanoes on this list, owing to its location in the family-friendly Mount Rainier National Park. Well, it’s accessible to look at, but not so much to climb! Hiking Mount Rainier isn’t an excursion to undertake lightly. This volcano is notorious for its harsh weather, including year-round blizzards. The climb requires serious technical skills, and only those experienced in high-altitude treks should attempt it. But observing the volcano from the ground is tremendously rewarding, too, and you can enjoy the views via hiking, cycling, or camping.

Kīlauea looms larger than life for the residents of Hawaii’s Big Island. The volcano’s regular eruptions have destroyed roads, homes, and even some of the facilities at Volcanoes National Park. The cycle of destruction and subsequent rebirth is honored in the nearby community of Pahoa at the Lava Zone Museum, which chronicles the hardships and joys of living next to a powerful volcano. Visitors to the area can explore past lava flows on hikes and scenic drives through the national park — and enjoy seeing rare lava trees at a nearby state park.

Should you set out to visit a famous volcano, consider investing in the services of a guide. (In some locations, a guide is mandatory.) Few famous volcanoes have visitor centers or restroom facilities, so plan accordingly. And, as with all kinds of travel, take pains to respect the ecosystem. Keep on the designated trails, be prepared to carry your garbage with you, and respect the spiritual practices of the surrounding communities. 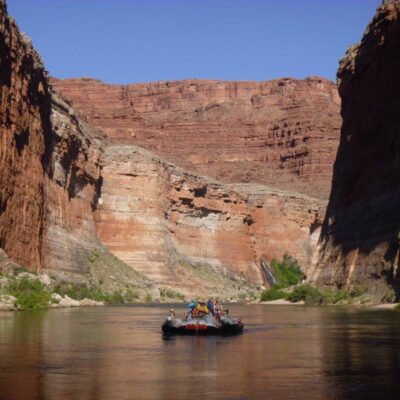 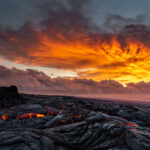