My mom was a huge fan of short track speed skating, and I am a huge fan of traveling. We explored the world together at the intersection of skating and travel one international competition at a time. We decided to attend one in Torino and extend the trip to explore Italy. I asked my mom where else she’d like to visit. I knew she’d say Florence or Venice. I was wrong.

Our foursome — my Italian-speaking best friend, her sister, my 85-year-old mom, and me — was bound for Sicily.

To linger where we wanted and explore places that tour groups might bypass, we decided a week-long road trip was the way to go. Online forums about renting a car said things like “Never drive through Palermo” and “Whatever you do, don’t rent a car in Sicily.” But that’s just what we did.

Our authentic experience ranged from the common — tangy, lemon cannoli from mom-and-pop bakeries and directions from expressive locals whenever we lost our way, to the unique — being caught up in a religious parade with the relics of St. John Bosco, a 19th-century Italian priest. As we visited these amazing places, we learned about Sicily’s history, culture, and cuisine.

1. The Cathedral Of Monreale

The Cathedral of Monreale is on the outskirts of Palermo and is a UNESCO World Heritage Site. All of the “never drive through Palermo” comments that flooded my brain as we did precisely that disappeared when I entered this magnificent church.

Built in 1174 by Norman King William II, the church’s Byzantine mosaics rival the finest examples in the world (Malta’s St. John Co-Cathedral, Istanbul’s Chora Church, Moscow’s Church of the Savior on Spilled Blood, to name a few). More than 130 mosaics represent stories in the Old and New Testaments of the Bible and the lives of saints. Artists used an abundance of gold tiles. I can only imagine the beauty of thousands of gold tiles reflecting the candlelight in the days before electricity.

Pro Tip: Tickets to the cathedral and adjacent Benedictine Abbey are under 20 euros. Both are closed for tours on Sunday. Allow about two hours for a visit.

A museum with original props and photographs from filming is on the square. The museum’s caretaker, an extra in the film, is beyond excited to share both the museum and places where filming occurred. Her hometown pride is obvious even if you don’t understand Italian.

The museum’s address is Via Skanderbeg. It’s a nod to the town’s Albanian roots and Albanian national hero Gjergj Skanderbeg, a 15th-century nobleman who fought against the Ottoman Empire. Because of the town’s background, both Eastern Orthodox and Roman Catholic churches are found in the town square.

3. Valley Of The Temples

Valley of the Temples, between Agrigento and the Mediterranean Sea, is the second UNESCO World Heritage Site we visited. Greek ruins date back to the fifth and sixth centuries B.C. Eight temples remain, with the Temple of Concordia amazingly well-preserved. The other temples aren’t complete. You can also see tombs, remnants of the marketplace, and a massive statue of Atlas that fell after the weight of the heavens got to be too much for him.

Two kilometers (1.2 miles) of walking trails connect the ruins with the entrances at each end of the park. Most of the trail isn’t paved but is smooth enough to be wheelchair accessible. If you prefer, you can tour the park on an e-scooter with reservations.

There isn’t much shade in the park, so be prepared with a hat and water. You may want to plan your visit in the morning, allowing three hours for a visit. If you don’t feel like backtracking to the parking lot, a paid shuttle service (3 euros) will take you back to your starting point.

Between the park and Agrigento, the archeology museum, Pietro Griffo houses Greek antiquities excavated from the Valley of the Temples.

Pro Tip: For tickets, opening hours, and information about guided tours, visit the park’s website. Buying a combined ticket to both the Valley of the Temples and the archeology museum saves time and money.

A detour to the Scala dei Turchi — Stair of the Turks — is a great way to get a little beach time. It’s a 20-minute drive from Agrigento. The steps are marlstone — a mixture of calcium and clay that is white and bleached by the sun. Wind and water erosion have made them into a dazzling staircase that juts into the Mediterranean Sea.

Legend has it, Turkish pirates docked their boats in the calm water and climbed the steps to the cliffside villages they robbed and plundered.

Near the town of Piazza Armerina, Villa Romana del Casale is yet another UNESCO World Heritage Site because of its intricate mosaics. The mosaics are part of a fourth-century A.D. Roman hunting lodge, but the subject matter goes beyond hunting. If you’ve ever wondered what a bathing suit looked like 1,600 years ago, you’ll find out at the so-called bikini girls mosaic.

The sprawling palace, complete with courtyards, a church, a dining room, a gymnasium, and indoor baths, belonged to a Roman aristocrat. The corridor with the Great Hunt mosaic features animals and scenes from around the world. The villa also has a fine collection of frescoes. Of note, rather than a mosaic floor, the church’s floor is marble — a material once felt to be more precious than mosaics.

Pro Tip: Reservations are required. You can buy tickets online. Allow two or three hours for a self-guided tour.

Rather than climbing Mount Etna, we appreciated Europe’s largest active volcano by viewing it from the highway between Catania and Taormina. You’ll have ample opportunity to see it and the byproduct of its eruptions: rich volcanic soil that nourishes citrus trees, almond and pistachio trees, tomatoes, and grapes.

I can vouch for the delicious food prepared from local ingredients at La Dispensa Dell’Etna restaurant in Castiglione di Sicilia. This non-touristy town is perched on Mount Etna’s northern slope and is home to winding streets, lava cobblestones, old churches, and farm-to-fork food.

Stopping in this locals-only town gives you a sense of Sicilian life and cuisine.

If you’re interested in climbing Mount Etna, several tour groups tackle it with half and full-day tours. For self-guided hikes, the preferred starting point is on the south side of the mountain at Rifugio Sapienza in Mount Etna National Park. Hiking trails or cable cars take visitors from Rifugio Sapienza to the main crater.

Pro Tip: Mount Etna continues to erupt, so these trails may close for safety reasons.

Taormina clings to a hillside overlooking the Ionian Sea. The town has a quaint pedestrian-only street, Corso Umberto, lined with shops, galleries, and outdoor cafes. The town invites you to linger over a lemon cannoli or gelato and people watch.

Taormina’s best-known attraction is a third-century B.C. Greek amphitheater, with Mount Etna and the sea providing a dramatic backdrop. For a different view of the sea, make your way to Isola Bella, a nature reserve in Taormina’s bay.

Pro Tip: Look for a hotel with a terrace facing the water, where you can enjoy a glass of local wine and watch the sunset. We stayed at Hotel Villa Nettuno — a small, family-run place with simple rooms but fantastic views.

Syracuse is loaded with UNESCO sites that span the centuries. A fifth- or sixth-century B.C. Greek theater and a third-century A.D. Roman amphitheater are found in the Neapolis Archeological Park, as is a cave with unique acoustic properties called the Ear of Dionysius. It was named after a tyrannical Greek ruler rumored to eavesdrop on prisoners. Nearby, the Regional Archeology Museum of Paolo Orsi is often listed as the best archeology museum in Europe and is open every day but Monday.

Strolling the cobblestone streets in Ortigia, the old quarter, you’ll find the Temple of Apollo and the Cathedral of Syracuse that began as a Greek temple 2,500 years ago. The seafood market is a feast for the senses, as is dining al fresco on the catch of the day.

Pro Tip: We spent a week in Sicily and felt that was the right amount of time. Driving in Sicily is doable. Having GPS and a co-pilot helps. Accessible Italian Holiday and Sicily Accessible Tours open up possibilities to visitors of all abilities.

For more Italy inspiration, below are a few of our recommendations! 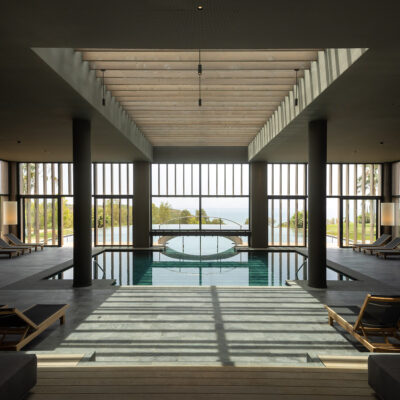