If you want to buy a 1-euro house in Italy but feel like you missed out, don’t worry — the houses are still available.

For instance, the historic Sicilian town of Troina has plenty of 1-euro houses for sale. To sweeten the deal, new homeowners are eligible for a “restyle bonus” of up to 15,000 euros, as well as another 10,000-euro rebate for energy-efficient upgrades once the house has been fully renovated, Mayor Sebastiano Fabio Venezia told CNN Travel.

Troina is a town and municipality in the province of Enna, Sicily, with a population of 9,544. The ancient city, located in the heart of Sicily, sits inside Nebrodi National Park. It’s also near Lake Sartori (or Lake of Ancipa), the highest artificial lake in Sicily, Visit Sicily explains.

“The city origins refer to the prehistoric era but it is under the Byzantines, Arabs, and Normans that it experienced its flourishing period,” according to Visit Sicily. “The Great Count Roger I of Sicily, a member of the House of Hauteville, chose it as an outpost to conquer the whole island. Thanks to the help of some Basilian monks, he took over the Saracens Castle and built new churches and convents, making Troina the first capital of the County of Sicily.”

As is often the case with villages offering 1-euro houses, the population of Troina has been declining for years. In the case of Troina, residents have either been moving to more modern houses near Troina or leaving town altogether, Venezia told CNN Travel.

“I want to save our old district from the grave and recover its lost grandeur — when it was the Norman capital of Sicily,” Venezia said in the interview. “The ancient urban setting must be restyled in its entirety, and I intend to do so quickly.”

To speed up sales, and also streamline the process, Venezia created a multilingual task force of housing and legal experts to assist new home buyers. There’s also an online agency, called House Troina, which provides the assistance needed to purchase a house in Troina.

“We don’t want potential buyers to get lost in bureaucracy or scare them away with tedious paperwork,” Venezia told CNN Travel.

Here’s how the process works: First, buyers must pay a deposit guarantee of 5,000 euros — but that amount is returned once the renovations are complete. Next, the buyer must submit a restyle plan, and work must begin within two years. Finally, the renovation must be completed within three years of when the house was purchased.

Let’s face it: The prospect of renovating a neglected house in a foreign country can be daunting.

If you’re thinking it would be nice to move to Troina without undertaking a renovation project, Venezia has another option for you. To entice people to move to Troina, town officials are also willing to offer up to 8,000 euros toward buying a home that does not require upgrading, according to Venezia.

“It often happens that when visitors pop up asking for a one euro deal they settle at the end for renovated houses that start at 10,000 euros,” Venezia told CNN Travel.

International travel, of course, is difficult right now due to restrictions put in place to slow the spread of COVID-19. That’s not a problem if you want to buy a house in Troina.

Instead, interested buyers can view the houses online, and even email their draft restyle project to the team at House Troina. You can see the 1-euro houses and request more information here.

For more on other unbelievable Italian deals, check out: 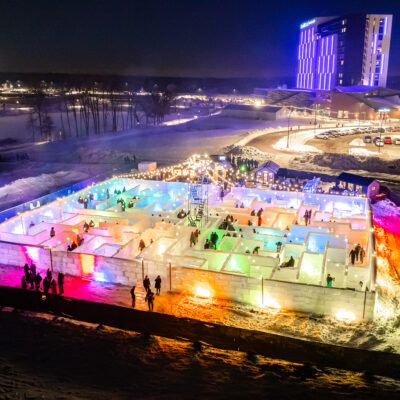