In many ways, Niagara Falls is the gateway to exploring southern Ontario. As a thriving city with lots of amenities and attractions (say, like a certain world-famous waterfall!) there’s plenty to see and do that can keep you busy for days. But the city is also an excellent base for exploring further afield. These beautiful small towns, most of which I first visited several years ago while on press trips, really showcase the diversity of what southern Ontario has to offer. There are spots for foodies, wine enthusiasts, history lovers, artists, and outdoor explorers. All are less than 3 hours away (in fact, most are less than 2 hours), making them perfect for day trips or quick overnight getaways. Once you start exploring this area, you’ll be hard-pressed to stop.

About 2 hours from Niagara Falls, Lake Simcoe is one of southern Ontario’s most popular recreation destinations. However, if you think that this means it’s a summer-only getaway, you’d be wrong! I first discovered the area by visiting the lakeside community of Jackson’s Point, where I tried my hand at ice fishing. Local outfitters mean you’re never entirely on your own — they take care of supply gear, instructions, and set up. The nearby Briars Resort and Spa offers guided photo walks around the historic property (keep an eye out for the 8-sided peacock house) and horse-drawn sleigh rides in addition to comfortable accommodations.

Just over 2 hours west of Niagara Falls, the tiny community of Port Rowan is cherished by nature-lovers. It’s a fantastic destination for bird watching (more than 300 species call the area home) and kayaking. Often nicknamed the “Canadian Everglades” or the “Canadian Amazon,” multiple outfitters offer fishing and boating excursions, which is how I found myself trying out angler kayaking (a kayak powered by pedaling with your feet so your paddle doesn’t disturb the fish). Port Rowan is also home to Long Beach Provincial Park, one of the most popular camping spots in the area and home to spectacular soft sand beaches perfect for day-trippers.

Ingersoll may just be southern Ontario’s biggest foodie secret. The farm-to-table scene in this small community, just over 90 minutes from Niagara Falls, is home to the province’s only cheese trail. Ingersoll also has a superb farmers market, a good selection of pubs, cafes, coffee shops, and even a chocolate and tea vendor. On my very first weekend in the area, I tried gourmet goodies like hot apple cider spiked with cajeta (a carmelized goat’s milk similar to dulce de leche,) a grilled local cheese sandwich made with “apple pie” bread, s’mores with gourmet raspberry marshmallows, old fashioned meatloaf, and the best cup of chai I’ve ever tried. For the full foodie experience, the community’s Cheese and Agriculture Museum is a must-see.

Once upon a time, the-now tiny village of Otterville was a thriving center with a mill, a blacksmith shop, and a rail station — but the community distinguished itself by serving a different kind of rail network. The area, less than 2 hours from Niagara Falls, was settled in large part by farmers of the Quaker faith who were actively involved in the abolition movement. As such, Otterville became an important stop on the Underground Railroad. In addition to helping those flee enslavement, the Quakers encouraged free Black families to settle in the area to take advantage of the fertile farmland. Today, while the African Methodist Episcopal Church they founded in 1856 no longer stands, the church’s cemetery does, and it pays tribute to this community.

If you’ve followed Canadian popular music over the years, the name Tillsonburg might ring in as familiar. Canadian folk singer “Stompin” Tom Connors once sang “Tillsonburg, Tillsonburg — my back still aches when I hear that word” in reference to the backbreaking work of picking tobacco in local fields. Today, with the tobacco industry all but gone, farming is much more diverse, and the community is singing a new tune as a thriving space for artists. The Station Arts Centre (in the community’s former railway station) showcases dozens of regional artists’ work. Not far away is an entirely different kind of artistic destination. Annandale House, a national historic site, dates to 1883 and is one of the world’s best-preserved examples of an Aesthetics Arts home.

About 90 minutes from Niagara Falls, the community of Simcoe (not to be confused with Lake Simcoe, which is not nearby) proves the power of reinvention. Once a tobacco mecca much like Tillsonburg, it too has had to embrace farming diversification. And it certainly has. The farms surrounding Simcoe now produce hops (yep, the local craft beer scene is, well, hoppin’), wine, ginseng, peanuts, organic beef, dozens of different fruits and vegetables even lavender. At Bonnieheath Estate, lavender is grown for cosmetics (such as creams, bath salts, and soaps) as well as culinary purposes (with lavender jellies, cocktail syrups, and infused sugars available). Local producers are showcased at The Combine restaurant in the heart of Simcoe, which is a regional leader in utilizing local food producers. It may just be the best restaurant I’ve visited in Ontario.

It’s not just England that can boast of having a Shakespeare-mad destination named Stratford. About 2 hours from Niagara Falls, the Canadian town may not be as large as its namesake, but it does put on one of the world’s best annual Shakespeare festivals. Since 1952, the Stratford Festival launches a lively season that has grown to about 12 plays, a mix of Shakespeare and modern pieces. However, life here isn’t just about theater. Music is an equally important part of the community’s heritage. Notable names like Oscar Petterson, Glenn Gould, The Band, Ron Sexsmith, and Lorenna McKennitt have personal or creative ties to the area. However, the community’s most famous hometown musician is undisputedly Justin Bieber. If you’re a mega-fan, maps are available to help visitors discover some of the superstar’s favorite Stratford restaurants, attractions, and landmarks. If you want to take in a show, the Stratford Concert Choir, the Blyth Festival, and the Kiwanis Festival of the Performing Arts are just some of the musical events eager to welcome visitors.

There’s no possible way a conversation about Niagara Falls cannot include Niagara-on-the-Lake. Just 25 minutes north, Niagara-on-the-Lake is the heartbeat of Ontario’s wine country. Close to 100 wineries surround the town, including the world’s leading ice wine producers. If that isn’t reason enough to visit, the community is also home to the world-renowned Shaw Festival, celebrating the work of playwright George Bernard Shaw and his contemporaries. Once the capital of the Province of Upper Canada in the 1700s, Niagara-on-the-Lake was a pivotal point of defense for Canada during the War of 1812. Today, it’s often described as one of the prettiest towns in Canada. Sweet shops, cute cafes, luxurious bed and breakfasts, art galleries, golf courses, and museums round out the town’s long list of attractions. 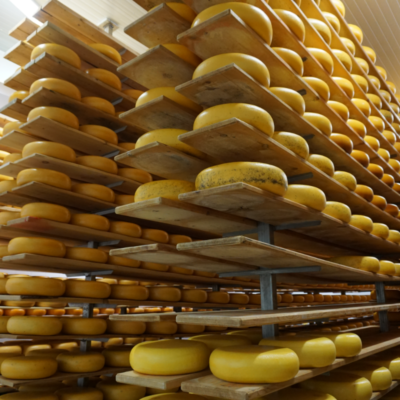 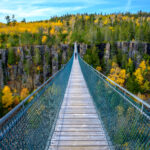 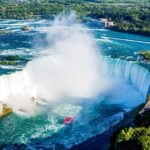