Often described as one of the prettiest towns in Canada, Niagara-on-the-Lake is well known for wine, theater, and being next door to the world-famous Niagara Falls. However, there’s more to this small town of 18,000 people than meets the eye. Beautiful inns and boutique hotels abound, and the town has a lively, diverse food scene that ranges from small cafes and world-class dining rooms to taking advantage of the area’s prime produce.

Once the Province of Upper Canada’s capital in the 1700s, Niagara-on-the-Lake was a pivotal point of defense for Canada during the War of 1812. Thankfully, things are much less political and much more genteel today. The town is a popular destination for daytrippers from Toronto and Niagara Falls as well as those looking for a long weekend escape.

Niagara-on-the-Lake is located on the southeast tip of Ontario on the shores of Lake Ontario. Separated from New York state by the Niagara River, the town is just a short drive from Niagara Falls. It’s a year-round destination but some activities may be limited to warmer months, and some restaurants may have reduced hours in winter.

Most people visit Niagara-on-the-Lake either from Niagara Falls or Toronto. Public transportation is limited and having your own car is the easiest way to get around and to explore the region’s famous wineries. While there is a small airport outside Niagara Falls (Canada), most visitors fly into Niagara Falls (United States) or Toronto.

Things To Do In Niagara-On-The-Lake

Wine and theater dominate life in Niagara-on-the-Lake, but there’s so much more to explore, including rich historical sites that date back to the War of 1812. If you happen to love history and golf, there’s a must-see course that should be at the top of your list of things to do!

Niagara-on-the-Lake is one of the most popular wine destinations in Canada. The mild climate moderated by Lake Ontario creates an extended growing season. Combined with sandy loam and red shale with a high silt and clay content, you have a unique mix that produces superb wines. There are 39 wineries and 21 winery restaurants in Niagara-on-the-Lake, including some of Canada’s best-known vineyards such as nearby Peller Estates, Henry of Pelhams, Creekside Estate, Inniskillin, and Peninsula Ridge Estates. The area is also the world’s leading icewine destination.

Visiting wineries is as easy as driving up and enjoying tours and samples (which might ring in at a dollar or so each, but you generally get this back if you purchase a bottle). Experience Niagara Wine and Culinary Tours and Grape Escape Wine Tours are two good options for visitors who want to explore the area’s wineries but leave the driving and navigating to someone else.

Niagara-on-the-Lake is a leading destination for theater in Canada. It’s home to the Shaw Festival, which pays tribute to the plays of George Bernard Shaw, those he inspired, and his contemporaries. A visit to the Shaw Festival, which generally runs from April to December, is much more than a chance to take in a play or two. Backstage tours, special lectures, and workshops are all part of the experience.

This art gallery and studio is located in a restored home dating back to 1891. The building used to be the town’s pumping station. It now offers exhibitions, educational programming, and special events, like making pumpkin lanterns, drop-in studio time, and video lessons.

During the War of 1812, Fort George faced some serious responsibility. It was in charge of defending what was then known as Upper Canada from an American invasion. Today, it’s a living history site — which happily welcomes American visitors — and costumed guides take you back in time to demonstrate what life was like for soldiers more than 200 years ago. Musical performances and military demonstrations are highlights of any visit — as are candlelight ghost tours in the warmer months and October.

This brick defensive tower is surrounded by golfing greens. It was built to replace the heavily damaged Fort George, which didn’t fare too well in the War of 1812. While the tower itself is usually closed to the public, admission to the grounds is free and open for exploring year-round. And that golf course? It’s only the oldest surviving golf course in North America, dating back to 1875. The Niagara-on-the-Lake Golf Club also features beautiful views and a popular clubhouse dining room.

McFarland House is a 220-year-old property that pays tribute to gracious living and Georgian style via costumed guides who give in-depth tours of the historic home.

Run by the Niagara Historical Society, this is the first purpose-built museum in Ontario, and it dates to 1907. Exhibits change twice a year, and the museum maintains a database about life in Niagara-on-the-Lake prior to the War of 1812.

This pretty beach a few miles from the town center is perfect for families and travelers eager to relax in nature.

Menus in and around Niagara-on-the-Lake are dominated by fresh local produce and the area’s amazing wine scene.

The Market At The Village

Every Saturday morning from mid-May to early October, farmers and producers come together at the town’s farmers market to sell everything from local peaches to homemade salsa.

This Niagara area deluxe gelato shop also has a location in Florence, Italy, so you can be assured you’re getting the highest quality gelato possible. It’s the perfect treat for exploring the lakeshore!

If you prefer old-fashioned, hand-scooped ice cream, you’ll appreciate Cows Inc. This ice cream shop features flavors with whimsical names like Moonicorn and is rarely found outside eastern Canada, so finding it here is a treat.

Tide and Vine does seafood better than anyone else in town. Oysters and lobster from eastern Canada are served up alongside Albacore Tuna Salad, Atlantic Scallop and Shrimp Tagliatelle, and House Hot Smoked Salmon with fennel and maple.

This gastropub offers classic pub food like burgers, shepherd’s pie, and fried fish, plus some upscale dishes that would feel right at home in a fancy bistro. The Butternut Squash Fritters with maple Dijon aioli, Vietnamese Fried Brussels sprouts, and local Flat Iron Steak are all worth checking out.

Best Places To Stay In Niagara-On-The-Lake

Romantic bed and breakfasts, inns, and boutique hotels rich in historic details are in ample supply in Niagara-on-the-Lake. Some properties worth adding to your shortlist include the following.

This boutique hotel is close to the Shaw Festival and features a spa, restaurant, and swimming pool. Many rooms feature views of Lake Ontario, fireplaces, and soaker tubs.

The Porch And Pillow

This laid-back bed and breakfast appeals to travelers who enjoy the homey experience of being in a family-style home with homemade breakfast.

In Elegance Bed And Breakfast

This five-star boutique hotel is set in a 19th-century building and has plush rooms, a spa, on-site dining, and a poolside patio and bar.

This country-style bed and breakfast offers two carriage house-style guest suites with fireplaces and skylights. Breakfast eggs are compliments of the on-site hens!

The old-fashioned rooms here are named after different kinds of wine grapes and feature their own private entrances to ensure privacy from the main house.

If you’ve ever visited a Canadian shopping mall, you likely noticed a Laura Secord chocolate shop. Laura Secord was a Canadian heroine in the War of 1812, walking 20 miles through enemy territory to warn British troops of an imminent attack. At the Laura Secord Homestead just outside Niagara-on-the-Lake, you can visit her residence and learn about her life and the role women played during the war. Secord herself was never associated with chocolate during her lifetime, and the company which bears her name was established to capitalize on patriotic feelings. Still, it’s a delicious way to commemorate a hometown hero! 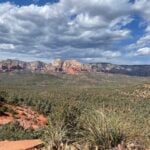 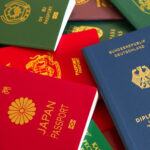 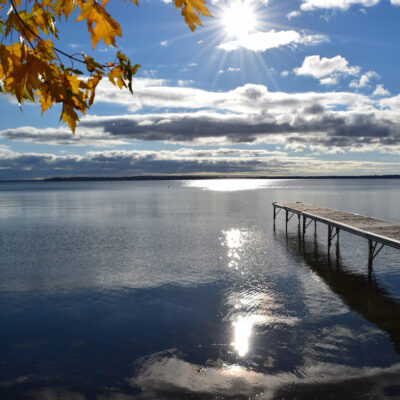 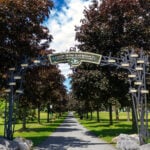 OntarioThe Historic Canadian Town You Need To Visit This Fall 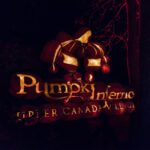 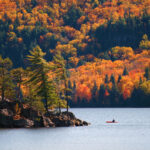