The Best European Cities To Visit In February

February in Europe is one of the coldest months of the year, but it is also one of the few without too many crowds — apart from Valentine’s Day, of course, which is popular throughout Europe and draws crowds to some of Europe’s favorite romantic hot spots.

But it is also skiing season, and many countries, or regions of them, also celebrate Carnival with parades and festivals. So, overall, February is a mixed bunch and a good month to be visiting Europe, if just for the variety it offers the visitors.

The following selection of European cities to visit in February proposes something for everybody, be it love and romance, winter magic, or traditional festival fun. You just have to decide…

Yes, Paris was already part of my January selection, but how can I not include Paris in the February mix, it being the city of love and romance? If you are thinking of a romantic get-away, and especially if this is your first trip to Europe, Paris is simply a must. All you have to do is walk along the Seine, cross one of the many bridges, and look out over to the Eiffel Tower, and you’ve got pure romance. Whether you are there for a proposal, anniversary, or just to celebrate the day, walk around and look out for marriage proposals happening around you, and newlyweds posing near the Eiffel Tower and Pont Neuf come snow or shine. And don’t forget to visit the Le Mur de je T’aime, the “I Love You Wall” in Montmartre.

Pro Tip: Flowers are romantic, right? So, how about catching the orchid exhibition A Thousand and One Orchids running between February 10 and March 5 in the fabulous greenhouses of the Jardin des Plantes?

The principality of Monaco is known for its glamour and luxury, forever linked with Grace Kelly and the Grand Prix, with high-society posing on terraces, and grand yachts moored in its marina. Despite Monte Carlo being in one of Europe’s smallest countries, it has managed to squeeze in a lot to see and do on its mountainous perch overlooking the Mediterranean. You can marvel at the royal palace, visit the amazing aquarium, spend hours people-watching even in winter, and, of course, dress up and gamble away some money in the stunning casino, following in James Bond’s footsteps. With so much to see and do, this little country becomes swamped very quickly, so visiting outside the main season makes a lot of sense. Just don a (fake) fur and join high-society.

Pro Tip: Monte Carlo not only hosts the F1 Grand Prix, but also the Classic Car Monte Carlo Rally, which runs from January 30 to February 3 in 2021, and the vintage vehicles offer a great spectacle.

Verona is where Shakespeare placed his ill-fated lovers Romeo and Juliet, and is a very pretty and historic city to boot. In February, the opera season is not yet on, but romance is in the air. Add to that the close proximity to the Italian lakes, which are stunning set against the snow-covered Alps, and Venice, where carnival will be happening and might just be worth a daytrip, and you are onto a winner. Base yourself in Verona, enjoy the atmosphere, but have a look around nearby, as these northern Italian landscapes are gorgeous in winter, and much less visited.

Pro Tip: Don’t just come for Valentine’s Day itself, as Verona celebrates an entire week of love, with the city center decorated with hearts and plenty of special events going on.

In February, the skiing season is in full swing in and around chic St. Moritz, but you don’t have to ski to enjoy this lovely high-alpine resort. Nearly 6,000 feet high, St. Moritz has for decades, if not centuries, been frequented by royalty and high-society. It is simply stunning all year round, but in winter St. Moritz has that special something which makes you appreciate why people keep coming back. With snow everywhere, you can really enjoy the magical setting and the views across the valley. Enjoy horse-drawn carriage rides, slurp warming hot chocolate in the plush and historic Badrutt’s Palace Hotel, and window shop for designer goodies in the luxury shops nearby. If you are feeling up for it, you can join in with all sorts of snow sports, from curling to snowshoe hiking, from being drawn along on snowboards behind a horse to tobogganing, and then some.

Pro Tip: Right at the end of January, you can watch polo being played on the frozen lake. Might be worth coming a day earlier for that unusual spectacle.

Granada in the Sierra Nevada mountain range is one of the most beautiful cities in Spain. Despite its 700-year Muslim rule having been over for centuries, it is the Moorish architecture left behind that still makes Granada so special today. Most notably, the Alhambra is one of the most visited sites in Spain, hosting some 6,000 visitors most days, except for in January and February, when it is relatively quiet. You can wander along the old city, marveling at the intriguing mix of medieval and Moorish architecture, and all without feeling too cold. Despite the snow-capped mountains rising behind the city, the daytime temperatures often reach into the 70s (but with chilly nights), making it perfect weather to explore.

Pro Tip: Granada is famous for its tapas, and if you are not sure what to order, simply order a drink and you usually get a free tapa with your glass, and eventually you will find a favorite.

The former capital of Russia, Saint Petersburg is a stunner, and even more so when covered in snow. The bridges, the churches, those palaces all look straight out of a fairytale book, and the people are out in force, ice-skating and skiing in the parks and snuggling under warm blankets in horse-drawn sleighs. Dress warm, very warm, as temperatures can fall as low as 15 degrees Fahrenheit, and then spend as much time as you can walking along the river and through the parks to get that perfect winter feeling in this magnificent city. And when you finally do need some warmth, pop into the Hermitage Museum for a few hours.

Pro Tip: In the last week of February, the Maslenitsa festival is celebrated. Celebrations take place across the city, and stalls sell pancakes topped with sour cream and salmon, marking the occasion of it (nearly) being the end of winter.

Cologne, the largest city in Germany’s state of North Rhine-Westphalia and fourth most populous city in Germany overall, is full of history, and culture. Dating back to Roman times, it has many great examples of Roman history; the stunning medieval cathedral’s fame reaches well past the country’s borders; and there is much to see and do in this metropolis. But once a year, the good people of Cologne go completely crazy. On November 11 at 11.11 a.m., the official carnival season opens in Cologne, and people dress up, hold festive sessions of singing and dancing, work on their costumes and floats until it all comes to a grand finale. Carnival in Cologne stretches across several days, and in 2021, these fall in mid-February, and peak with the largest carnival parade in Germany. The city is full of costumed revelers, the streets lined with people trying to see the floats and catch candy thrown down into the crowds, and the party is incredible. Note, though, that a visit must be planned well in advance as hotels will be booked out early on.

Pro Tip: Visiting Cologne during carnival is a bit like visiting Disneyland. You will have to relax and go with the flow. It will be crowded, it will be loud, there will be many drunken revelers around, and you will want to scream at times. But as local festivities go, and being allowed insight into a truly Cologne tradition, this is it.

Vilnius is a lovely Baltic State capital that transforms itself into a winter wonderland in February. The old medieval town center, with its many churches, is simply stunning when covered in a snowy blanket. It gets cold, with temperatures that can comes down to -13 degrees Fahrenheit, but if you are kitted out with a warm coat and sturdy non-slip shoes, this is a great time to walk along the river, climb up to the castle, and take on the hike up to the Three Crosses monument, allowing perfect views across the old town and the self-proclaimed “Republic of Uzupis” neighborhood with its pretty little houses.

Pro Tip: In February Lithuania celebrates Uzgavenes, the country’s quite unique version of carnival. More akin to Fastnacht, with traditional costumes, puppet-figures being burnt and pancakes served, it is not as crazy as Cologne, and much more historic.

Positano on Italy’s stunning Amalfi Coast is nicest in late spring and summer, I have to admit, but unfortunately, everybody thinks so, and it does get too busy to be any fun. So when there is a chill in the air, occasional fog over the Mediterranean, and only the locals around, you can actually enjoy the unique position of this hillside town. Because whatever the weather, it cannot take away from the beautiful natural setting, enhanced by the houses clinging onto the mountainsides and overlooking the rocky coastline. In February, the daytime temperatures are a comfortable mid-50s, and simply perfect for a road trip along this amazing coast.

Pro Tip: It is cool enough in February to hike along the Path of the Gods (Sentiero degli Dei), named for its spectacular vistas. A three-hour, just under 5-mile walk, it is easy going and suitable to all, except those suffering from vertigo, as the side of the path goes down very steeply. Get a map and information from the tourism office and organize a transfer up to the starting point. 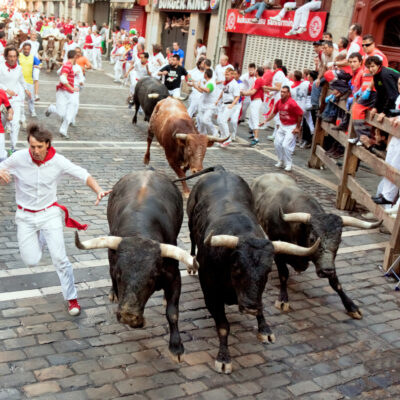 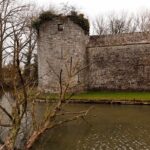 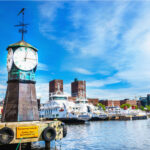