Although more than 5,600 caves twist through the Texas underbelly, the Balcones Fault running between Austin and San Antonio houses most of the immense caverns in Texas, all hidden beneath the rolling Texas Hill Country landscape. Why do we seem to have such a strange fascination with underground caverns and caves? Do they offer a glance into another mysterious underworld? Let’s explore the top 11 otherworldly caverns and caves with unique, centuries-old formations and learn the role caverns play in our ecosystem.

As a kid, the first cavern I explored was Longhorn Caverns, located 1.5 hours northwest of Austin near Burnet. That’s where and when my fascination with caverns began. I was impressed with the hundreds of calcite crystals that sparkled from every wall in the Crystal City, formed by an ancient underground river that receded thousands of years ago.

The history is equally fascinating. Sam Bass used the cave as a hideout, and Comanche Indians used the Indian Council Room as a meeting place. Confederate Soldiers made and stored their gunpowder there. In the 1920s, during prohibition, nearby residents used the cavern as a speakeasy.

Today performing musicians hold concerts and vocal performances there because of the natural acoustics. Enjoy the available tours, a wild cave tour through the less explored areas of the cave, and an evening paranormal expedition exploring the unexplained happenings there.

Halfway between San Antonio and New Braunfels, Natural Bridge Caverns is one of the most commercially recognized family-owned and operated cave systems in the area, initially discovered by college students in 1960. The name originated from the 60-foot natural limestone slab bridge that spans the cavern’s amphitheater entrance.

There are two main walking cave tours, the Hidden Passages and the Discovery Tour, where you see the Castle of the White Giants and the Hall of the Mountain King with 100-feet-high formations covering the ceiling, walls, and floor. Your experienced guide will lead you through dense cave formations that include stalactites, stalagmites, chandeliers, flowstones, and columns that are thousands of years old. Wear comfortable shoes to manage the concrete paths with steps and steep inclines. The Adventure Tour includes crawling through narrow passages with headlamps.

Above ground, you’ll find a 5,000-square-foot maze, and the Twisted Trails zip rails and ropes course, a restaurant, and a gift shop.

Explorers discovered prehistoric remains of Ice Age animals in Inner Space Cavern, one of the oldest, best-preserved caverns less than an hour north of Austin near Georgetown. The Texas Highway Department discovered the cavern in 1963; then, the cavern opened to the public in 1966.

Three tours are available; first, the Adventure Tour through Inner Space Cavern leads along a well-lit pathway. For the more adventurous, the Hidden Passages Tour explores an undeveloped trail of the cave. Flashlights allow you to see delicate columns, flowstone, transparent calcite called drapery and soda straws, thin hollow tubes of slowly dripping calcite. The most challenging tour, the Wild Cave Tour on Saturday and Sunday, features off-trail spelunking through undeveloped areas, requiring no previous caving experience, but guests must be 13 or older. You’ll get dirty on this one.

Pro Tip: Stay at the Ruby Hotel and Bar, nestled along Brushy Creek, less than 10 miles from the Inner Space Cavern.

Find the spectacular Caverns of Sonora, just a few miles west of Sonora, halfway between San Antonio and Big Bend National Park. The Crystal Palace tour, a guided walking tour for 12 people or less, leads you through the Hall of the White Giants, rooms of white speleothems that look like chandeliers and glass-blown figurines in an antique shop. Other formations resemble a cauliflower or melted ice cream.

On the Discovery Challenge tour, adventurists wear helmets, gloves, and kneepads and trek into areas not developed or lighted. You will belly crawl through passageways and repel 50 feet down a rock face into the Devil’s Pit. Book a Photography Tour at the cavern that allows you to bring a tripod. Visitors can camp on the grounds in tents or RVs, with restrooms and showers available.

Three miles south of Boerne, near San Antonio, this cavern operated tours as far back as 1875 when Dr. Benjamin Hester owned the cave property. The Lipan Apache people frequented the cave before 1800. Visit the daily Downunder Tour led by a professional guide traversing lighted passageways atop smooth gravel.

If you dare, the Adventure Tour offers a 3- to 4-hour group tour involving flashlights and protective equipment, including knee pads for crawling and getting muddy. The cave keeps a consistent 64 degrees regardless of the weather outside. When it rains, officials may cancel a tour because of temporary flooding, so call to confirm. The Cascade Caverns campground offers RV and tent spaces for camping, including nature trails.

Pro Tip: Stay at The William, a collection of boutique luxury hotel rooms above Main Street in Boerne (pronounced: bur-nee).

6. Cave Without A Name

Near Boerne, an hour’s drive from San Antonio or New Braunfels, this untitled cavern is only accessible via a guided tour. Named because no title described the beauty, this Cave Without a Name features large rooms and living, hanging formations. Begin your exploration by descending 126 concrete steps, walking past unique cave features through several large rooms. Lights capture the stunning soda straws, stalagmites, and stalactites. Enjoy the natural acoustics with concerts in the cave monthly. Camping available.

Visit the Balcones Fault Line Cave, known as Wonder World Cave and Adventure Park in San Marcos, halfway between Austin and San Antonio. For over 105 years, visitors can first see how the devastation of a significant earthquake created the cave. Exit via the “Stratavator” and ride high up to see the Tejas Observatory Tower. Have fun in the Topsy-Turvy Anti-Gravity House, where water flows uphill. Ride the train through the waterfalls of Mystery Mountain to the Texas Wildlife Petting Park. One ticket gets you all the experiences. Bring a picnic lunch.

See one of the best waterfalls in Texas, Gorman Falls, as you make your required reservations for a guided wild cave tour of the underground treasures at Colorado Bend, near Bend, west of Lampasas, southeast of San Saba. Visit Gorman Cave, Lemons Ranch Cave, Turtle Shell Cave, Cicurina Cave, or Dynamite Cave primarily on weekends, but throughout the week as well with reservations. Fish or paddle the river, cool off in Spicewood Springs, hike the 35 miles of trails, camp in drive-up sites, walk-in tent sites, or primitive hike-in sites.

Pro Tip: Here is more information about camping in the park.

Two hours west of San Antonio, near Rocksprings, Devil’s Sinkhole is an enormous vertical cavern dropping over 350 feet deep. Home to over 3 million Mexican free-tail bats from May through October, no guided tours of the cave are available. Admission is open to the nature area through guided visits and birdwatching tours. See daily bat flight views at dusk or the bat return flight tours in the early mornings between May and October. A colony of bats can eat over 100 tons of bugs a night, which is important to the local farmers. Reservations are required.

Pro Tip: Stay at Foxfire Log Cabins along the Sabinal River, but keep in mind, it’s an hour from the cavern.

Near Del Rio, at Brackettville, the largest of over 20 known caves, Kickapoo Cavern reveals impressive formations in its approximate quarter-mile length. Reservations are required for wild cave tours on Saturday only. Be ready for undeveloped conditions with a moderately strenuous hiking experience. The excursion is 3 hours and limited to 10 people. Wear closed shoes with traction and bring a headlamp and flashlight per person.

Stuart Bat Cave is home to thousands of Mexican free-tailed bats, roosting in the cave from spring to fall. At dusk, the bats erupt from the cave putting on a dramatic exit show. These bats eat tons of insects in one evening. In the state park, camping, hiking the trails, and record-setting migratory bird watching are available. You must pack out your trash; no trash service is available.

The fragile cave and surrounding uplands focus on nature and conservation as a family learning experience, founded in 1976. The guided tours at this preserve, about 45 minutes from Austin, lead you from arid grasslands through a limestone crevice into another world, a sheltered canyon of lush plant life, and Westcave, with a 40-foot waterfall into an emerald pool below. Advanced reservations are required.

Pro Tip: Stay at Omni Barton Creek Resort and Spa in the rolling hills near Austin.

To participate in the Texas Cave Trail Program, pick up your passport at any of these four caves: Natural Bridge Caverns, Caverns of Sonora, Cave Without A Name, or Inner Space Cavern. Within one year, get your cave passport stamp at each location, then at the last cave, turn in your completed passport for your free T-shirt. 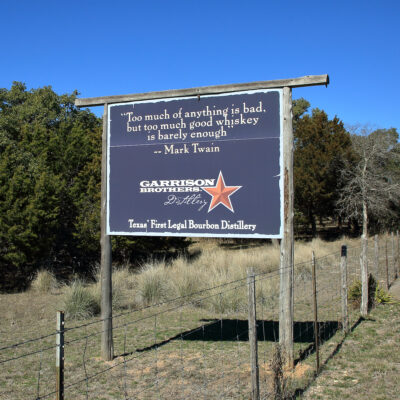 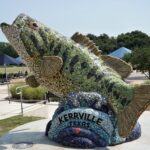 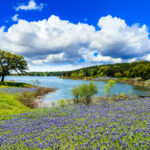 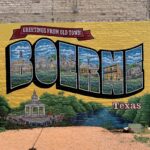