California produces about 80 percent of America’s wine, so it’s no surprise that it’s a popular destination for wine lovers who want to swirl interesting reds and savor dessert wines. But sprinkled throughout the 45 contiguous states east of the West Coast are many other phenomenal wineries.

Before you set out for your next wine getaway, check out one of these truly underrated U.S. wineries outside the Golden State.

Located about 15 minutes south of Cedar Rapids, Cedar Ridge in Swisher, Iowa, was the first licensed distillery to open in the Hawkeye State after the repeal of Prohibition. In addition to expertly converting Iowa corn into award-winning bourbon, Cedar Ridge was named the best winery in Iowa by Taste of Home in 2018.

Pair your wine with a gourmet wood-fired pizza like the Margherita, with sliced tomatoes, fresh mozzarella, and torn basil piled onto a housemade vodka marinara sauce. Or try the Three Little Pigs (because it is Iowa, after all), featuring pulled pork, diced ham, and smoked bacon bits.

Just across the Delaware River from Trenton, New Jersey, Crossing Vineyards and Winery is named for the historic point where George Washington famously crossed the Delaware during the Revolutionary War. But more recently, the winery has been making history by bringing home Best of Bucks County awards for nearly a decade.

Crossing is led by Pennsylvania’s youngest vintner, Tom Carroll Jr., who dreamed of turning his family’s property into a winery since he was a 10-year-old boy. From a dozen varietals grown on-site, Crossing produces white, red, and specialty wines that have won medals at wine competitions from coast to coast.

From humble beginnings in his basement in Kansas City, Bob Landon has parlayed his family’s German winemaking traditions into one of the largest wineries in Texas. Most recently, Landon Winery was recognized with several best-in-category awards at the 2019 Lone Star International Wine Competition.

Born and raised in Italy’s Friuli region, Paolo D’Andrea is a fourth-generation wine grower with a degree in viticulture. After proving that the New Mexico desert could produce quality wine grapes, he and his wife established Luna Rossa Winery in 2001.

Enjoy a variety of white, red, and dessert wines made from grapes grown in the family’s vineyards at one of two Luna Rossa tasting rooms, one in Deming and one in Las Cruces. At the Las Cruces tasting room just north of historic Mesilla, Luna Rossa wines are paired with authentic Italian dishes like antipasti platters, wood-fired pizzas, and saucy pasta dishes.

In the rolling foothills of the Yadkin Valley about an hour north of Charlotte, North Carolina, Raffaldini Vineyards & Winery focuses exclusively on dry Italian wines, earning it the nickname “the Chianti of the Carolinas.”

Long before California wines stunned the world by winning the Judgment of Paris, Kansas led the nation in wine production. But state-specific restrictions against alcohol consumption followed by the 18th Amendment all but ended Kansas’s wine production for more than a century.

Today, winemakers like Stone Pillar Vineyard & Winery in the Kansas City suburb of Olathe are once again planting grapes and producing quality wines across the Sunflower State. With an emphasis on semisweet wines like Hofftoberfest, Redneck Rose, and moscato, this family-owned winery makes its vineyard a summer destination with Friday-night concerts and food trucks.

Using grapes grown in small family-owned vineyards in Washington’s Yakima Valley, Montana winemaker Clint Peck produces a selection of about 3,700 cases of French oak barrel-aged wines in Billings with Montana-inspired names like 406 (the local area code) and Rimrock Red (the sandstone formations that rise up from the farmland in parts of Billings). Yellowstone Cellars was recently recognized as the best winery in Montana by House Beautiful.

While California’s delicious dominance of American wine production is well earned, don’t overlook a chance to swirl, sniff, and sip wines from one of these underrated wineries elsewhere in the nation. 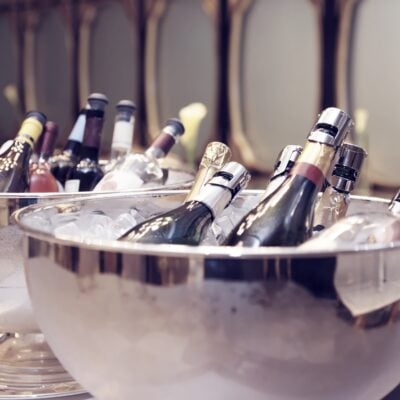 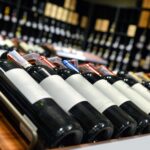 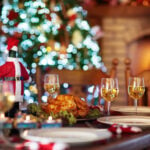