13 Things I Wish I Knew Before Visiting Seoul

As a full-time international house sitter, I’ve house sat in some far-flung places, but I’d never been to South Korea. So, when I learned of a month-long house sitting assignment in Incheon for December 2019, I jumped at the opportunity. As a full-time traveler whose life is pretty logistics heavy, I seldom have time to research much about the culture in my upcoming destinations. I was unprepared for some of South Korea’s mores. Here’s what I wish I’d learned earlier:

1. Dining Alone In Seoul Is Tricky

Eating out is a meaningful event for Koreans. Social rules abound — from who takes the first bite to the pace of eating. This wasn’t always the case: Ancient Confucian rules required women to serve men and to eat separately. But, the introduction of capitalism, the increase of gender equality, and an emerging restaurant culture that served family-style meals during the post-WWII Japanese occupation created a more communal eating culture.

This makes dining out a challenge for solo travelers. Walking into a Korean barbecue restaurant, sitting alone at a large-group table, and asking for a “doggy-bag” for limitless side dishes just isn’t done! Most food is served in family-style portions and grilled or cooked in hotpots in the middle of the table. So, dining alone is tricky.

But, this is changing. As the number of single-person households has increased, a new trend is taking hold. Honbap culture welcomes single diners by offering smaller tables, single-person portions, and decreased stigma.

For me, a single 50-something American woman house sitting alone in Incheon for a month, I dealt with this cultural eating conundrum by ordering take-away meals (at a surcharge) and eating at the apartment I was watching. I learned that the ubiquitous Korean coffee shops serve interesting small plates and sandwiches on fabulous bread. I took a couple of walking tours and cooking classes to cultivate dinner dates. And, of course, the markets offering a plethora of street food kept my tummy happy!

While we’re on the subject of restaurants, tipping isn’t necessary, expected, or even appreciated, as it may be considered rude. No need to tip porters or taxi drivers, either.

Don’t ask for the bill at the table, unless the server automatically brings it. Pay at the cash register on your way out. I learned this the hard way from the angry looks a server shot me after I had politely gestured for the bill.

3. Incheon Is NOT Seoul

Contrary to the name of Seoul’s international airport (Incheon International), Incheon is not Seoul. In fact, it’s not even Seoul-adjacent. It’s a good 14 miles away, and it will take up to two hours by Metro to get into Seoul’s tourist attractions from Incheon. I was house sitting in Incheon, and adding four hours onto a sightseeing day was wearying. Next time, I’d stay in Seoul’s neighborhoods around Gyeongbokgung Palace or along the Han River.

4. Once Tamed, The Metro Rocks

Seoul is a lot bigger than it appears on a map! Even for a short visit, it’s worth learning the Metro system to ease getting around. Many tour guides offer directions based on Metro lines and the specific exit number. Be sure to take the right exit or consult the interactive touch-screen maps at the larger Metro stations — or risk being several confusing blocks away from your destination. Stations are designated by name, number, and line.

Although signs are in English, tackling the Metro map is a learning curve. Free maps are available from information kiosks, but the English-language map is small and difficult to read. I used my cell phone to shine a little light and magnification on the map. I also used Rome2Rio to plan my journeys between stations.

Buy a T-Money card at a 7-11 or CU convenience store before you get to the Metro, as cards are not available at all station booths. These plastic cards can be used on all Metro and buses and with some taxi companies throughout South Korea. Since they offer small discounts on each ride, they often pay for themselves — and certainly are more convenient than buying single-ticket cards for each ride. Replenish the cards at Metro stations or the convenience stores.

Remember to both tap in and tap out on Metro and buses — or the system will charge you for a longer ride.

Transferring between train lines can involve walking underground for ridiculously long distances. Wear comfortable shoes and dress warmly in the winter, as the station tunnels are quite drafty. Some of the larger stations have tempting food kiosks.

Be sure to check the travel time to your final destination. From Incheon into Seoul, I often rode through 30 or more subway stops, which sometimes took a full two hours! Again, Rome2Rio helped me gauge my travel time.

Good manners fly out the window, however, when it comes to jostling on and off trains or escalators or rushing for an empty seat, when even the most genteel Korean seems to become an offensive running back for the Buffalo Bills.

If you tire of the Metro, taxis are everywhere, but avoid the pricier “black” or deluxe taxis. Uber is new and becoming more common throughout Seoul.

5. Basic English Is Widely Spoken … Or At Least Understood

Even when my barista shyly said she didn’t speak English, she understood me if I delivered my request slowly and with a smile and a slight bow. Some Koreans are self-conscious about their pronunciation of English but understand it well!

I’ve traveled to pretty remote parts of the world, and my USAA debit card has never failed to deliver local cash. Madagascar, Senegal, Malawi, Reunion — local banks accepted my card without a problem. But in Seoul? I found only one bank (Woori) that accepted my card. An American traveling with a Charles Schwab ATM card had the same dilemma, as did another traveling with a Wells Fargo card. Look for ATMs marked “Global,” and your chances will increase, but, even then, there’s the possibility that not all “Global” machines will accept your card.

During my first cashless day, I used my Capital One credit card, which was widely accepted. You’ll still need cash, however, for local restaurants that don’t accept foreign credit cards.

South Korea is the only country in the world where Google Maps is not allowed. It has to do with international laws enacted following the Korean War that prevent data from being exported out of the country and falling into enemy hands. Google stores its data in foreign servers, which violates these laws. (Although, in a quirk, Google Maps is allowed in North Korea!)

I used Rome2Rio and heard great things about KakaoMap, which has free navigating maps in English, plus apps for navigating the subway and bus systems. Go to “Settings” to switch to English.

It really is true that you’ll be required to remove your shoes at many people’s homes, at some restaurants, and even at some museums. You might be provided with slippers, but don’t count on it: Wear socks, preferably without holes! It’s easier and faster if you wear shoes that slip on and off. You’ll notice many Koreans shuffle along in sneakers with untied laces.

Traditionally, Koreans sit and sleep on their floors, so keeping floors clean is a mindful necessity. Also, they have a special history with their underfloor heating, an ancient system called ondol that dates back to 5000 B.C. Koreans are proud of ondol, and you are likely to hear about its origin and mechanics during your tours.

You’ll quickly notice that Koreans present and accept money, food, and anything of value with both hands and a slight bow. It’s a custom that honors the transaction.

Koreans also don’t touch acquaintances. Hugging and patting someone’s shoulder are unwelcome familiarities. I learned this when I attempted to hug my female university student walking tour guide good-bye. She was kind and accepted the hug, but it clearly made her uncomfortable.

Speaking of walking tours, there are dozens offered online that range from $20 to $70 USD. But several organizations, including the Seoul Tourism Bureau, offer free walking tours — in English — of significant tourist attractions and off-the-beaten-path neighborhoods. Some tours are guided by professionally trained volunteers, others by university students who want to practice their English.

11. Museums Are Closed On Mondays

Bummer. Plan instead to visit one of Seoul’s fabulous animal cafes — a true cultural treat! Yes, there are Starbucks galore, but there’s also Thanks Nature Cafe, where live sheep visit the tables, Blind Alley, where sleepy raccoons lounge in the rafters, and Table A Cafe, which hosts cuddly meerkats with your macchiato.

12. Don’t Brag About Your Recent Trip To Japan

Since Japan’s occupation of Korea from 1910 to 1945, Koreans are understandably touchy about how their history is described. Case in point: The lack of full recognition of the estimated 200,000 “comfort women” — as Japan euphemistically called Korean teenagers who were kidnapped and held for years as sex slaves — continues to cast a pall over relations between the two countries.

13. Drinking In Public Is Legal

Everyone mentions the rice wine, soju, which I found pretty tasteless. You can buy it for $1 USD in 7-11s. You can also get bagged drinks to go in hookah bars or other take-out bars.

Also important to know: Vet your hotel or vacation rental so it caters to your late-night needs, whether you prefer quiet or carousing.

My other tip? Nurse a hangover with haejang-guk soup. Everyone swears by it. I plead the Fifth. 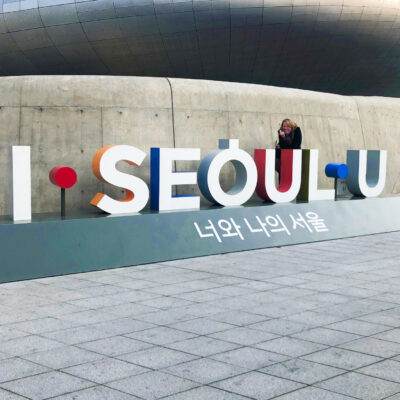 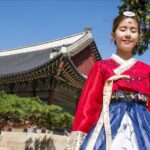