St. Patrick’s Day is celebrated around the world with massive parades, parties, and plenty of great food. People love celebrating their Irish heritage — even if they don’t have any Irish heritage.

In its country of origin, Saint Paddy’s Day isn’t just a day for partying and, ahem, over-imbibing. It’s an important holiday with a rich history, and should you find yourself in Dublin, Belfast, or any other Irish city, you should know what to expect.

Here are a few fast facts about Ireland’s most famous cultural export.

1. In Ireland, St. Patrick’s Day Is A National Holiday

March 17 is a bank holiday in both Ireland and Northern Ireland. Schools are closed, as are some (but not all) businesses. Restaurants and bars may change their hours, but they generally remain open. In major Irish cities, businesses catering to tourists (pubs for example) may actually extend their hours to accommodate the influx of tourists.

2. Saint Patrick Wasn’t Actually Irish, But He Was An Important Part Of Irish History

Born in Britain, Patrick was taken by Irish raiders and enslaved in Ireland when he was 16 years old. He escaped from slavery 6 years later, sailing back to Britain and reuniting with his family. Around the second half of the 5th century, he returned to Ireland as a missionary.

Numerous apocryphal legends popped up around Saint Patrick over the next few centuries. The most popular held that he drove the snakes out of the country and taught the theology of the Holy Trinity by using a three-leaved shamrock.

Unfortunately, there’s not much historical evidence to support those tales. In any case, the saint’s efforts were extraordinarily successful: Today, 80 percent of Irish people identify as Roman Catholic.

3. You Can Visit The Places Saint Patrick Visited

Throughout Ireland, you’ll find a number of historic and religious sites where visitors can pay homage to Saint Patrick. Croagh Patrick (Patrick’s Mountain), or “The Reek“, as it is known locally, is perhaps the most famous example. Saint Patrick was said to have fasted at the top of the mountain for 40 days. In 1905, a tiny chapel was established nearby. Travelers from far and wide hike the 4.3-mile path to the summit to follow in Patrick’s footsteps (while getting fantastic views of the Atlantic Coast).

Saint Patrick built his first churches in Armagh, a city that is now the seat of both Catholic and Anglican archbishops in Ireland. Dublin also has a Saint Patrick’s Cathedral, constructed on the site of an ancient well that was supposedly used by Saint Patrick himself.

While the Irish have observed St. Patrick’s Day for more than 1,000 years, they didn’t always do so with parades. That tradition started in New York City, which held the first official Saint Paddy’s Day parade in 1762.

St. Patrick’s Day occurs during the Catholic season of Lent, a time of prayer, fasting, and repentance. While Irish families would dance, drink, and feast during the holiday, the modern tradition of holding massive parties came from Irish-born settlers in the United States. Gradually, Ireland adopted the American attitude toward its national holiday, and today, Dublin holds a 4-day festival, which is similar in tone to the celebrations that Americans know.

On St. Patrick’s Day, Irish folk traditionally spend time with family, the same way that Americans do at barbecues on the Fourth of July. They eat hearty meals, but not corned beef; the true national dish is bacon and cabbage, which you can find at restaurants like Stag’s Head in Dublin.

Depending on where you’re traveling, you might have access to other Irish favorites like lamb stew, boxty (a type of potato cake), and smoked haddock. You can find corned beef in many restaurants since it’s becoming popular with younger Irish folk, but it’s not exactly a traditional comfort food.

6. People Wear Green, But Not Due To Superstition

Green is unquestionably the national color of Ireland, but that wasn’t always the case. Back in Saint Patrick’s time, the country’s flag was blue. That likely changed during the Great Irish Rebellion of 1641, when commander Owen Roe O’Neill led his men in a war against the English while flying a green flag with a harp. Centuries later, Irish immigrants brought their country’s flag to the U.S., and wearing green gradually became shorthand for Irish pride.

Travel in Ireland during St. Patrick’s Day, and you’ll see plenty of green, and quite a few shamrocks symbolizing both national pride and Patrick’s religious devotion. However, you won’t find bars serving green drinks (unless those bars cater to American tourists). In fact, prior to the 1960s, Irish law prohibited bars from opening their doors on March 17, owing to the religious nature of the holiday.

Ireland is a stunning destination at any time of year, but St. Patrick’s Day is an especially great time to immerse yourself in Irish culture. If you’re hoping to party in the streets, you can certainly do so, but if you’re more interested in history, tradition, and culture, you can build a great itinerary to satisfy your curiosity.

Just remember to book your tickets early, since hotels fill up quickly during the first few weeks of March — oh, and wear something green. Hey, it never hurts. 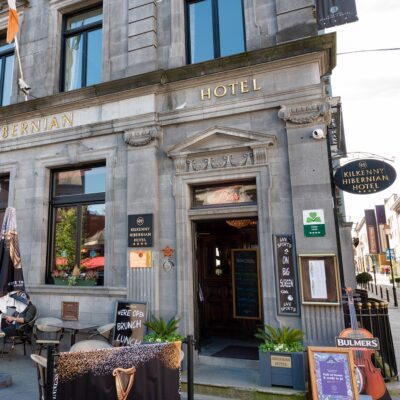 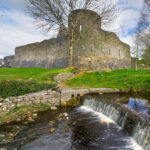 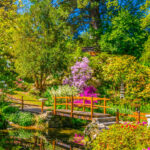 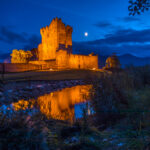