10 Fantastic U.S. Cities For A Weekend Getaway In September

Elizabeth Chorney-Booth
All products featured on TravelAwaits are independently selected by our writers and editors. We may earn commission when you click on or make a purchase via our links.

Even though the summer months are what many of us typically see as “vacation season,” September is a prime time to explore many of America’s greatest cities. Kids are back in school, meaning most destinations are far less busy than they were in July and August, but the weather is still warm enough to enjoy parks, public markets, and other outdoor attractions. Plus, many cities’ theater and sports seasons have kicked off by early fall, giving visitors a chance to take in a show or a game while they’re in town. There’s so much to see across the country in September, but these 10 cities are particularly good destinations for a fun weekend getaway.

Nashville is definitely experiencing a moment right now as people of all ages and interests flock to the city for its party atmosphere, rich musical history, and growing collection of world-class restaurants.

Smaller September crowds mean easier and more comfortable access to key venues like the Grand Ole Opry, the Country Music Hall of Fame and the infamous Honky Tonk Row string of bars and music clubs. As for time-sensitive events, the Tennessee State Fair is in full effect from September 6 to 15 and music lovers can take in the Americanafest music festival featuring performances by acts like Rosanne Cash, k.d. lang, and The Milk Carton Kids from September 10 to 15.

Boston is a bucket list destination for lovers of American history and given the cold weather that Massachusetts can experience in the winter, September is the perfect time to drink in the city’s multiple historical sites. Places like Boston Common, which dates back to 1634 (it’s America’s oldest park), and the Bunker Hill Monument just drip with history. It’s easy to imagine early Americans walking through the city’s streets.

Those who don’t mind a walk should take a guided tour of Freedom Trail to maximize their understanding of the city’s historic impact, or travel directly to spots like the Boston Tea Party Ships and Museum, the historic neighborhood of Beacon Hill, and the Paul Revere House. For something different, sports lovers will want to catch a fall Red Sox game at Fenway Park. Built in 1912, the ballpark is a historical destination itself!

The Rose City has built a reputation for being one of the top foodie destinations in America, and there’s no better time to visit than September. Feast Portland, one of the country’s best food festivals, runs September 12 to 15, offering opportunities to indulge in the city’s best food and drinks.

But Portland in fall isn’t all about food. September is also a lovely time to visit the city’s renowned Japanese Garden or explore the historical Pittock Mansion. Don’t forget to indulge in some of Portland’s more quirky elements as well — as the world’s largest bookstore, Powell’s City of Books deserves at least a couple of hours of attention and fans of the TV show Portlandia can take a guided tour of the eccentric program’s more recognizable sites.

You may be thinking that September is too hot for a weekend in Palm Springs, but if you’re looking for an excuse to sip drinks by the pool, September is actually a strategic time to drop into town. From October to April, Palm Springs is overrun by warm weather-seekers escaping cooler destinations, but the desert city is still relatively quiet in September. The pool hangouts really are the main draw, but the city’s famed mid-century architecture, celebrated art museum and the historic Sunnylands estate in nearby Rancho Mirage are all worth changing out of your bathing suit for.

Plus, if the temperatures get too hot to handle, you can take a scenic drive up to iconic Joshua Tree National Park which is always notably cooler than Palm Springs.

Have you dreamed of seeing a game in the University of Michigan’s “Big House,” famed for being the largest football stadium in the United States? Well, the Michigan Wolverines have a couple of home games in September, when it’s still nice and warm in Ann Arbor. Even if college football isn’t your passion, it’s worth making the trip to this mid-sized city just outside Detroit to experience the fanfare and sheer size of the crowd.

While you’re in Ann Arbor, explore the surprisingly cosmopolitan college town, which is also home to the famed Zingerman’s Deli, the Kerrytown Market, and the Gerald R. Ford Presidential Library.

If you’re looking for a busy, big-city September getaway, Chicago is ready to deliver. The Windy City is infamously sweltering in the summer and bitterly cold in the winter months, but September is Chicago’s sweet spot.

The month is also rife with Chicago festivals of all kinds: The Hyde Park Jazz Festival, a free fest with two outdoor stages, takes place September 28 and 29, and the Oktoberfest Chicago celebration of German culture takes place the same weekend, running from September 28 to 30. For those more interested in a culinary getaway, Chicago Gourmet, a food festival hosted by Bon Appetit featuring a line-up of celebrity chefs, is also scheduled for late September.

September is sports season in San Fran! Both the Dodgers’ and the 49ers’ seasons are in full swing, which means you can fit a game into a visit whether you’re a football or baseball fan (you can also zip across the Bay to watch the Oakland A’s play, depending on where your fandom lies). September is temperate enough to comfortably get out on the water — a nice Bay cruise is a must for first- (or even second- or third-) time visitors to San Francisco. Over the course of an hour you can take off from Fisherman’s Wharf (grabbing a seafood lunch while you’re there) and see both the Golden Gate Bridge and Alcatraz from the water.

Food is also an essential part of any trip to the Bay area and San Francisco really does offer some of the country’s best seafood experiences. If you’re not sure where to start, there are a number of foodie walking tours available, with guides leading guests through Chinatown, the Ferry Building, Little Italy, and a number of other areas. Edible Excursions even ties an eating tour into a trip to Alcatraz.

Often considered Texas’s hippest city from a cultural point of view, Austin is all about the festivals and events. It’s at its very busiest in March during the SXSW festival, but there’s also a lot going on in September, which means visitors can expect fewer crowds, but just as much fun. As Texas’s music hub, visitors to Austin will want to catch at least a bit of live music. Think outside of popular music clubs — September offers festivals like the jam band-themed Waterloo Music Festival from September 7 to 9, the Music in the Park concert series in Pflugerville on Friday nights, and the Pecan Street Festival, one of America’s longest-running arts and music festivals, on September 21 and 22.

Austin is not all music, though. As the state capital, Austin is chock-full of museums, many of which can be explored to the fullest on September 22, which is Austin Museum Day. Food and drink is also a key part of the culture — stops at Texas barbecue favorites like Franklin and Stubb’s are a must, and September also offers the Texas Craft Brewers Festival on September 28.

Like other destinations in the South, the weather in NOLA is still hot in September, but not nearly as oppressive as it is in July and August, which makes early fall a better time to take on obligatory tourist activities like a walk through the French Quarter or a plantation tour. Perhaps more importantly, September is the very best time for foodies to hit the city, as food and drink festivals are taking place all month long. New Orleans Restaurant Week runs from September 9 to 15, with restaurants all over the city offering deals on some of their best dishes. Other September-specific food and drink events include the Martini Madness cocktail event on September 20 and the National Fried Chicken Festival running September 20 to 22.

If you’d rather feast on live music, there is always someone on stage somewhere in New Orleans, and September is as good a time as any to hit the city’s legendary music clubs. Don’t miss our favorite places to hear great jazz in NOLA, or these 10 things to do in New Orleans besides visiting Bourbon Street.

Average temperatures in the nation’s capital drop from the muggy high 80s into the much more pleasant 60s and 70s in September, making it prime time to explore the city. In addition to outdoor activities that require tolerable weather, the national museums that are on many Americans’ to-do lists — think the Smithsonian the National Gallery of Art and the United States Holocaust Memorial Museum — are far less busy than during the summer months when families with children are in town for educational vacations.

D.C. residents also like their special events, and there’s plenty going on throughout September. Plan your trip around a community event like the annual Adams Morgan Day street festival on September 8, Fiesta DC on September 21, or the DC “State” Fair (the date is still TBA, but the event typically happens in late September). 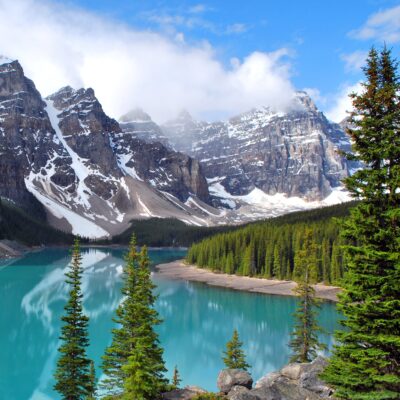 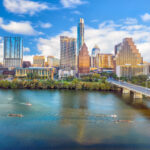 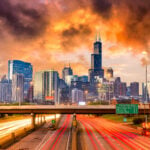 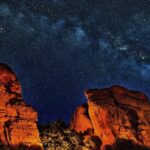