The 11 Most Affordable Countries To Visit In 2019

You want to travel in 2019, oh yes. But if you’re anything like us here at Travel Awaits, you also want to make your hard-earned money go as far as possible while you do it. Good news! There are plenty of amazing countries you can visit this year for a fraction of what you’d pay back home.

For this list, we’ve tried to choose countries that offer both affordability and quality to ensure you get value for your money. Here are 11 of the cheapest destinations in 2019, plus how much it will cost you per person per day (on average) to visit.

Average daily cost: $28 US per person

Colombia has an unfortunate reputation for being the site of never ending cocaine wars. But as a matter of fact, things have really turned around here in recent years, and the country has become an idyllic getaway for travlers who yearn for the perfect balance between urban and rural charm. With its biodiversity, its historic, culturally rich cities, and its beaches, Colombia seems destined to emerge as a top-tier destination in the coming decade. So 2019 could be the perfect opportunity to go while the going is good!

The city of Medellin, the former haunt of the infamous drug lord Pablo Escobar, is a particular point of interest. Despite its former association with one of the most brutal cartels of all time, the city has reinvented itself. Famous for its flowers and the system of cable cars that carry locals hither and yon across the valley, Medellin is also blessed with near-perfect temperatures year-round — a balmy 72°F.

If you want to see the traditional South American celebration of Lent known as Barranquilla or Carnaval, Colombia is a great place to do so. It hosts the second-largest observance of Barranquilla (Brazil being number one).

Colombia is also the second most biodiverse country in the world, so it’s a paradise for nature lovers.

Want to learn more? Read Why You Should Book A Trip To Colombia In 2019.

Average daily cost: $34 US per person

“Cambodia has a lot to offer,” says Sandy Papas of the travel site Tray Tables Away. “Incredible monuments and world heritage sites (Angkor!), great food, beautiful, gentle people, and it’s incredibly affordable and not yet crawling with tourists.”

In the past decade, tourism has emerged as a major part of Cambodia’s (ailing) economy, but this gorgeous Southeast Asian country is still obscure enough to be tranquil and authentic. As Sandy alluded to, the ancient temples of the fallen Angkor Empire near Siem Reap are unmissable and look particularly majestic as seen from a hot air balloon in the early morning mist.

But if you like outdoor trekking in a jungle environment, you can take a motorcycle tour of the countryside to escape from more well-worn paths. The islands off Koh Kong are also remarkable and less crowded than those of Thailand if you’re an aspiring beach bum.

Finally, Cambodia borders Thailand to the west, Laos to the north, and Vietnam to the east, so you can easily get some extra stamps in your passport while you’re here.

Interested in Cambodia? Learn Why Angkor Wat Is A Top Spot To Visit In Cambodia.

Average daily cost: $47 US per person

Here’s one that probably isn’t on your bucket list. But if you’d like to take a trip that will be a conversation starter when you return home, maybe you should give Albania a chance in 2019.

“Albania deserves more interest,” say Ellen and Ted Kortan of Earth Vagabonds. “We stayed a few weeks and were so impressed by the formerly closed country. People really liked Americans, and we don’t get that everywhere. Albanians seemed to have an optimistic energy about their future and it was refreshing. Also, the prices were low.”

Albania is a predominantly Muslim but also formerly communist country in the Balkans, with a long Adriatic coastline and a number of UNESCO World Heritage sites. Whether you’re looking for a beach, an alpine view, or a smattering of Ottoman architecture, Albania won’t disappoint.

Average daily cost: $17 US per person

Yes, you read that right: $17 dollars per person per day. Located on the Black Sea, northeast of Turkey, Georgia has a good shot at becoming the next big thing in travel in the coming years. So there’s no better time to beat the rush than 2019!

“This former war-torn Soviet republic is embracing tourism, yet hasn’t been spoiled,” says John Henderson of Dog-Eared Passport. “It has everything: Some of the most beautiful mountain scenery in the world and great hiking, world-renowned wine, great food, friendly people, beautiful women, excellent public transportation and fascinating history. Also, it’s real cheap.”

Average daily cost: $25 US per person

If you love mountains (Everest anyone?), rural life, temples, and the great outdoors, then Nepal will afford you some serious bang for your buck. This Himalayan republic isn’t just home to great mountains for fearless climbers; it’s also perfect for those who simply love to walk from tea house to tea house.

And hey — who knows — you might meet someone really interesting on your travels. That’s what happened to travelers Alan and Jo Gourlay of Travegraphics.

“We met an elderly gentlemen on a trek in Nepal some years ago,” they say. “He was by himself with a porter/guide and was using a walking stick to help himself along. He would stop a chat to anyone willing to spend the time and told us he would walk as far as he could depending on how many people he met along the way. He had no specific goal in mind for the day and just took things as they came. He was the epitome of the adage about the journey being more important than the destination.”

Average daily cost: $27 US per person

Another bargain in South America, Bolivia sits just to the south of Brazil and boasts remarkable geographical (and therefore climatic) diversity. Unlike some other South American destinations, Bolivia remains relatively unexplored. So if going off the trail a little bit is your thing, you will more than get your money’s worth here. Travelers recommend simply exploring Bolivia’s provinces and rural areas.

But if you’re looking for a world-famous and surreally beautiful spot, check out Salar de Uyuni. Covering more than 4,000 square miles, this is the world’s largest salt flat. When wet, it acts as a giant mirror, blurring the lines between mountain, earth, and sky, creating one of the most spectacular vistas on earth.

Average daily cost: $19 US per person

Armenia is a small, landlocked country in the Caucasus, nestled between Turkey and Azerbaijan. It is literally a country of peaks and valleys, its mountainous terrain creating many diverse climatic regions. It is also a land of history — specifically church history, since it was the first officially Christian nation, and it is dotted with ancient monasteries and places of worship.

“More people should visit Armenia,” says travel blogger Fred Zalokar of FredZalokar.com. “The capital, Yerevan, is full of history and culture, as well as lots of great restaurants. There are so many attractions in the capital, particularly the Cascade, a massive outdoor sculpture museum (with more galleries inside), and the Mother Armenia Military Museum. Outside the capital there are lots of beautiful old churches and monasteries to visit. The high point, Mt. Aragats is a challenging climb, but accessible and a great climbing experience. The people are friendly, and very welcoming, and the food is great! It’s also very affordable and easy to get around.”

Average daily cost: $71 US per person

Estonia may seem expensive compared to the other destinations on this list, but if you want to visit a historic European city, its capital, Tallinn, is relatively affordable and eminently beautiful. The old city of Tallinn was actually built by Teutonic knights, and it remains one of the best preserved Medieval quarters in all of Europe. The walls in particular are in magnificent shape, and will make you feel like some sort of time traveler. (Estonia is also dotted with manors from the Medieval and Early Modern periods, many of which you can visit.)

Apart from its wonderfully preserved architecture, Estonia also has wonderful beaches and many islands off its coast in the Baltic — though the summers don’t last forever. Winters are much longer, but they’re mild by Baltic standards.

Unfortunately for us, Estonia’s days of being dirt cheap are behind her. But she is still a bargain compared to Western Europe.

Average daily cost: $67 US per person

Argentina is another destination that may seem pricy compared to some others on this list, but context matters. The truth is that Argentina is experiencing economic turmoil, and its currency’s value has really collapsed. One way to help with the economic recovery (while enjoying savings yourself) is to visit Argentina in 2019.

The capital, Buenos Aires is legendary of course. Learn to tango (or at least watch), rent some bikes and explore the city, or catch a polo game if you can.

But there’s also plenty to enjoy further afield. Argentina has several wine regions, such as Mendoza. If you’re a fan of grown up grape juice, you just might enjoy a visit. And if you like to ski, the Andes mountains dominate the north of the country. In winter, you’ll find no shortage of options if you want to hit the slopes.

Average daily cost: $42 US per person

A nation of scenic islands, rich history, diverse cuisine, and friendly people, the Philippines is one of the more underrated Asian destinations. And it’s more affordable than, say, Thailand, which clocks in at about $67 US per person per day on average.

“The Philippines is Southeast Asia’s best kept secret,” says Michael Taylor of Accidental Travel Writer. “The beaches are beautiful, and water is clean and unpolluted. The service standards are high. Prices are reasonable. I particularly liked Boracay, Palawan, and Cebu. If you have the chance, fly on a small aircraft between islands. I flew on nine-passenger aircraft from Palawan to Boracay. Not only were the views spectacular because of the low altitude, it was cheaper than flying on a conventional airline. Also, I was able to fly non-stop rather than changing planes in Manila!”

You can learn more about this gorgeous country in our article on The Most Beautiful Places In The Philippines.

Average daily cost: $29 US per person

Turkey has always been a crossroads of the world, since the days when Istanbul was still Constantinople. It controls access north-south from the Balkans into the Middle East, and west-east from the Mediterranean into the Black Sea. How, therefore, could Turkey help but be a wonderfully diverse place, full of influences from a dozen different nations and peoples?

There are so many historical ruins and ancient cities to visit — the Graeco-Roman city of Ephesus, or the remains of the legendary Troy. You can even visit an underground city if you like; Derinkuyu, located in Turkey’s Cappadocia region, is the largest such site in the world, stretching down to a depth of 200 meters!

Of course, the jewel of Turkey is Istanbul, the home of so many great buildings. The Hagia Sophia, the Sultanahmet Mosque, the Basilica Cistern — these magnificent structures stand as testaments to the glory and importance of this ancient city. Best of all, it won’t cost an arm or a leg.

“Istanbul in Turkey was incredibly beautiful with its location on the Bosphorus,” says Kathy Marris of 50 Shades of Age, “and everything was cheap… Admission to museums, ferry rides down the river, food, the markets and accommodation.”

Interested in learning more about Turkey? Here are 4 Places In Turkey You’ve Probably Never Heard Of (But Need To Visit).

We hope this list inspires you to get out there and travel this year. Whatever your budget, there’s always something wonderful and new just waiting to be discovered. Happy new year, and happy trails!

(For the previous year’s list, take a look at The 5 Cheapest Countries To Visit In 2018.) 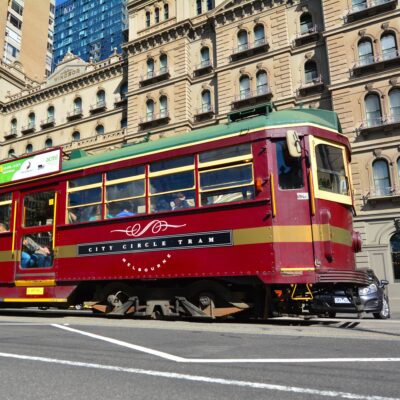 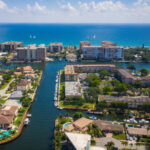 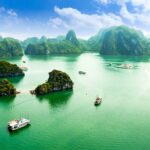