Sarah Kingdom
Show Page Contents Hide Page Contents
All products featured on TravelAwaits are independently selected by our writers and editors. We may earn commission when you click on or make a purchase via our links.

Traveling solo as a woman may be one of the most enlightening and even life-affirming things you’ll ever do. A brief online search for “best travel books” will probably suggest books by Paul Theroux, Bill Bryson, Jack Kerouac, or an array of other male authors. But if you are a woman planning on traveling alone, then what you really need is to read books by women who have gone before you and lived to tell the tale. Their stories are heartfelt, often hilarious, and frequently heartbreaking, but all these women have returned home better and wiser for their travels.

Here are 13 books every solo female traveler needs to read, and all of them will give you wanderlust in the best possible way!

Wild: A Journey From Lost To Found By Cheryl Strayed

Aged 26, Cheryl Strayed thought she’d lost everything. Her mother had died from cancer, her family had disbanded, and her marriage had crumbled. With nothing to lose, she made the impulsive decision to walk 1,100 miles of the west coast of America, and to do it alone. She had no experience of long-distance hiking and the journey was nothing more than an idea and a line on a map. Carrying the weight, both physical and mental, of both her massive backpack and her emotional burden of loss, she hikes from California’s Mojave Desert to the Columbia River Gorge on the Oregon/Washington border, and heals along the way.

There is a film adaptation of the book starring Reese Witherspoon.

A Woman Alone: Travel Tales From Around The Globe, Edited By Faith Conlon, Ingrid Emerick, And Christina Henry De Tessan

This is a collection of stories written by women who have ventured solo across the world. It’s a relatable and inspiring anthology and great for a dose of armchair escapism. Marybeth Bond discovers the “pleasures” of camel-riding in the desert when she decides to follow an ancient Indian trading route. Faith Adiele, a black Buddhist nun, enters a deserted train station at three in the morning in a Thai village controlled by armed bandits. Ena Singh negotiates with the Russian police to visit the blue-domed city of Samarkand.

﻿The book is filled with stories of women who have traveled, on their own, to just about anywhere you can think of. The stories are funny, thrilling, and occasionally terrifying, and will definitely empower you to embark on your own journey.

What I Was Doing While You Were Breeding By Kristin Newman

This is one of the ultimate single-girl travel manifestos. Having spent much of her 20s and 30s attending baby showers and weddings, Kristin Newman is not ready to settle down. Instead, she decides to travel, and falls in love with the world around her. In her day job as a sitcom writer, Newman pens a lot of comedy, so this refreshing and poignant tale of solo travel will have you laughing out loud at times.

﻿Ultimately, Kristin’s adventures led to a better understanding of what she is actually running from and why all life’s challenges seem to put her on a transatlantic flight to the unknown.

A combination of humorous storytelling, thoughtful, candid reflection, and travel inspiring tales, this is a compelling and hilarious book that will have you rushing to renew your passport.

Elsewhere: One Woman, One Rucksack, One Lifetime Of Travel By Rosita Boland

From her first young and solo outing to Australia, Rosita Boland has spent the last 3 decades seeking out new experiences and exciting adventures in every corner of the world, carrying little more than a battered rucksack and a diary. From a death-defying bus journey through Pakistan to witnessing the majestic icescapes of Antarctica, Boland writes about moments of joy and deep personal loss. This is a book that celebrates a life well-traveled, in all its messy and wondrous glory.

A Handful Of Honey By Annie Hawes

Annie Hawes is on a mission to track down a small oasis town deep in the Sahara Desert. Leaving her home in the olive groves of Italy, she sets off along the south coast of the Mediterranean and travels through Morocco and Algeria, where she eats pigeon pie with the family of a cannabis farmer, learns the habits of djinns (spirits able to appear in human or animal form), encounters protesters in Morocco affixing colanders to their television aerials, comes across a still used stone age method of making olive oil, and many more such adventures. Spoiler alert: she ultimately discovers her Saharan oasis, but learns that life in a date-farming oasis is not as simple and uncomplicated as she’d imagined. This is a light-hearted and often hilarious read.

The Nomad: Diaries of Isabelle Eberhardt

Born in 1877 and dying at the tender age of 27, Isabelle Eberhardt had a short, but adventurous life. Moving from her home in Switzerland to Algeria, she spent almost her brief, adult life traveling across North Africa and through the Sahara Desert, alone and dressed as a man. While she may not be the original solo female traveler, her book is one of the earliest written by a woman traveling alone.

The Valleys Of The Assassins: And Other Persian Travels By Freya Stark

In our age of ever-increasing feminism, it’s easy to forget that women have been traveling alone for generations, long before the trend of gap years and joining the Peace Corps. One of her generation’s most intrepid explorers, Freya Stark was a great example of this fact. In the 1930s, she explored places where few single women would dare to venture alone: Syria, Iran, Iraq, Kuwait, and Yemen. She was a trained geographer and cartographer, and her writing is especially vivid and descriptive. The Valleys of the Assassins chronicles her travels into Luristan, the mountainous terrain between Iraq and Iran, often with only a single guide and on a shoestring budget, documenting everything she sees, from the people to the land around her.

Full Tilt: Ireland To India With A Bicycle By Dervla Murphy

It’s pretty hard to imagine now, but in the 1960s and 70s, the Middle East was the “place to be.” The “hippie trail” ran through Europe, parts of the Middle East and Southeast Asia before ending in India or Nepal, and people from all over the western world were traveling the route. In 1963, Dervala Murphy got on her bicycle and headed off on “the trail.” Starting in Ireland she rode across icy Europe, through Afghanistan, over the Himalayas and through Pakistan into India. Luckily for us, she kept a diary, and this is the tale of her travels.

My Journey To Lhasa By Alexandra David-Néel

Originally published in 1927, My Journey to Lhasa is a powerful, entertaining story of danger and achievement, and one that is a remarkable and inspirational tale. Alexandra David-Neel was a French explorer, spiritualist, and anarchist who, disguised as a beggar, became the first western woman to enter the forbidden city of Lhasa and be received by the Dalai Lama. She tackles some of the toughest terrain and climate, suffers primitive travel conditions and frequent outbreaks of disease – lots of treks through chest-deep snow, lots of butter tea, and at one point, a hunger so strong that she ate her own leather boots! This is a story of a truly intrepid female explorer.

Tracks: A Woman’s Solo Trek Across 1,700 Miles Of Australian Outback By Robyn Davidson

Robyn Davidson traveled across Australia’s Red Centre to the Indian Ocean with four camels and a dog in the late 1970s. She endured sweltering heat, fended off poisonous snakes and lecherous men, chased her camels when they get skittish and nursed them when they get injured, and she emerges at the end as an extraordinarily courageous woman driven by a love of Australia’s landscapes, an empathy for its indigenous people, and a willingness to discard the trappings of her former life.

No Hurry To Get Home By Emily Hahn

Emily Hahn was way ahead of her time. Born in 1905, she studied mining engineering, walked across Africa, lived alone in the Belgian Congo (aged 25), became the concubine of a Chinese poet in the 1930s (where she became an opium addict for 2 years), and bore a child with the head of the British Secret Service. The 23 essays in this collection are about the people and places she encountered, and were first published in The New Yorker between 1937 and 1970.

A House In The Sky: A Memoir Of A Kidnapping That Changed Everything By Amanda Lindhout

Amanda Lindhout mentally escaped a violent household as a child by paging through copies of National Geographic and imagining herself in exotic locations. Working as a cocktail waitress, aged 19, she started saving her tips so she could travel the world. She backpacked through Latin America, Laos, Bangladesh, and India, getting braver with each adventure. She went on to travel through Sudan, Syria, and Pakistan – all before starting to work as a reporter in war-torn Afghanistan and Iraq.

On the fourth day of a trip to war-torn Somalia in 2008, she was abducted by a group of masked men and held captive for 15 months. Her gripping memoir documents her conversion to Islam as a survival tactic, learning how to be a “wife,” her dramatic escape, and how through it all, what kept her spirit from breaking was her memories of the places she’d traveled before. This is a story of courage and resilience in the face of unimaginable adversity. A House in the Sky recounts one of the worst things that could happen to a female traveler and depicts the strength that exists deep within all women.

For even more books to inspire travel, check out: 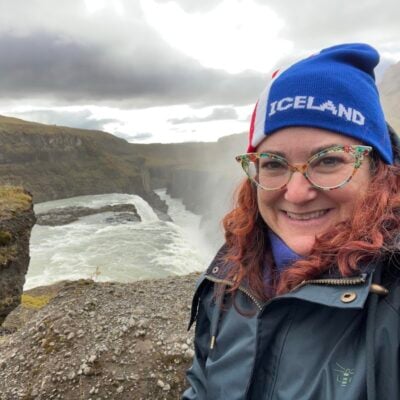 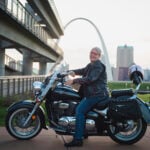 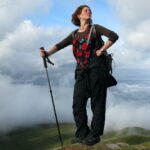 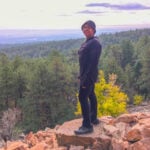