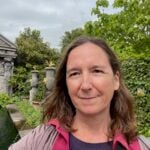 Judy Karnia, DVM, ACC, CPCC
What Are Your 2023 Travel Plans?

London teems with historic and cultural activities. My daughter has loved Shakespeare and all of the English histories that he writes about. She also loves contemporary culture, including musicals, books, movies, and fashion. She chose London for her high school graduation trip due to this combination of history and modern life. The city offered us many opportunities for wonderful shared experiences.

1. Attend A Musical In The West End

The West End rivals Broadway for the number and caliber of musical productions. My daughter has always loved the songs and dancing of musicals. She introduced me to her favorite musical, Come From Away, when a recording was made available. The story focuses on the town of Gander, in Newfoundland, which welcomed 7,000 passengers from planes diverted on September 11th. Each of the 12 actors portrays a resident of the town and one of the stranded passengers. The stage is sparsely set with 12 chairs that are reconfigured to create different settings.

My daughter was very excited to be able to choose a musical to see in the West End. I splurged for seats with a good view. We sang along to the lively tunes and cried during the sad parts. At the end, we joined the crowd in cheering for several minutes and clapped along to the on-stage band. We ran right to the concession stand to buy matching “Me and the Sky” t-shirts. Taking the double-decker bus home enabled us to stay entranced with the night scene of the streets of London. Our ride home in the front seat of the second level was filled with our chatter about the musical. We often found ourselves singing some tidbit of one of the songs during the subsequent days.

One fabulous way to learn about a city is through a walking tour. We signed up with London With A Local for the Harry Potter tour. I read the series when it was first published and my daughter has read all of the books multiple times. We have also watched the movies repeatedly together.

The tour guide led us to the Vue Theater where the first movie premiered and to the streets that were the inspirations for Diagon Alley and Knockturn Alley. She also brought us to the old Scotland Yard and Ministry of Defense, which were used for the filming of the Ministry of Magic. I took a photo of my daughter acting out the scene where Ron is a lookout for their polyjuice potion target. Throughout our walk, the guide asked trivia questions and my daughter and I answered the majority of them.

When you think of London, afternoon tea must be on the list of must-dos. We decided to splurge for the tea service at The Rubens at the Palace. The sumptuous red and gold room looked out at the Royal Mews of Buckingham Palace. We booked for late afternoon so that this could serve as our dinner before we attended a musical.

The server first presented the list of 17 black, green, floral, and herbal teas. I chose Halmari Tea Estate, a black tea with a chocolate tone. My daughter requested Planters’ Mistress but the server told us they had run out. She changed to Inverness Tea Estate, due to its description as “a taste of a bygone era”. Later the server brought her a small plastic container for her to bring home with some of the Planters’ Mistress that he had found.

The loose-leaf tea arrived brewing in a large white china teapot. We placed a gold strainer with wings over our teacups each time we poured more.

A three-tiered plate holder was then brought with my gluten-free meal: four scones on the bottom, four tiny sandwiches in the middle, and four elaborate desserts on the top level. Plates with sandwiches and scones were placed on the table for my daughter and husband. Their desserts rested on a stand next to the table. We made sure to taste each of the desserts, knowing they were too rich to eat all of them.

At the end of our meal, our server brought out a large clear glass teapot with “flowering tea”. Over a few minutes, the clump of tea floating on the water opened and provided an after-dinner digestive treat.

4. Visit The Tower Of London And Crown Jewels

Anyone the least bit interested in English history will want to explore the Tower of London. The 1000-year-old castle still protects the crown jewels and offers a look into some of the grim aspects of royal history.

My daughter wanted to see the jewels first, so we wound through the Disney-esque line learning about the history. We rode a moving sidewalk by spectacular crowns and rods holding 23,000 gemstones and strolled past cases full of gold-plated dishes. Many of these items are still used in ceremonies.

The Yeoman Warder, or “Beefeater”, that led our tour around the grounds was very charismatic and relished in telling the bloody tales of the Tower. The portly Scottish warder, dressed in a black coat with red embroidery, brought us past the dungeons and walls making jokes while talking of murder and execution. We then climbed up onto the walls and made our way around the perimeter taking in great views of the city and Tower Bridge.

Pro Tip: The line to see the crown jewels can take an hour or more when busy. Plan to arrive at the Tower when it first opens and go directly to the line to reduce your wait.

My daughter loves to shop for clothes and souvenirs, so we spent an afternoon in Camden Market. We reached it easily by the subway. It includes over 1,000 shops and cafes spread through a maze of narrow passageways. A crowd of people swarmed the area.

Our first stop was a food stand for cake doughnuts with chocolate frosting. They reminded me of a bakery where I grew up in Chicago. We then perused shops with vintage and gothic clothes and all types of jewelry. One warehouse space teemed with dozens of vendors in a dark, complex warren. Too often, my daughter pointed out some clothing that looked like what I wore in my teens and exclaimed how retro it was. I am not sure if that made me feel cool or old.

6. Learn About Shakespeare And The Globe Theatre

My daughter’s love of Shakespeare prompted our tour of the Globe Theatre. The original Globe Theatre where Shakespeare staged his plays burned down and the site was covered with other buildings. The current theater was created nearby in 1997 to allow visitors to relive what theater-goers experienced in their day. The open-air theater, with oak beams, lime-plaster walls, and a thatch roof, makes you feel like you are in the 1599 original theater.

The tour guide presented the history of Shakespeare and many facts about the plays. We sat on the balcony and watched a rehearsal for that night’s production of King Lear. My daughter later recounted the entire story of King Lear to me in a language I could understand.

Staying in a neighborhood allows you to escape the tourist crowds and explore some interesting parts of London. We stayed in Chelsea, which offered local charm but had many bus and subway options for reaching all of London. The restaurants recommended by our host were delicious and interesting.

On Sunday evening, we joined in the local tradition of Sunday Roast. As we entered The Rose, the host informed us that the quiz was about to start. My daughter, my husband, and I possess fairly diverse knowledge and were eager to try our hand. Many of the questions needed knowledge of English culture that was beyond our reach. Therefore, we felt successful finishing fourth of six teams.

We enjoyed figuring out the bus and subway routes from Chelsea to our adventures each day. As we entered the double-decker bus, my daughter and I would dash up the stairs to try to sit in the front row. We enjoyed catching glimpses of the famous sites and watching cars disappear in front of the bus.

London boasts many world-class museums, which visitors can access without cost. Since we only had a few days in the city, my daughter chose the British Museum and National Gallery. Both museums hold fascinating treasures showcasing the history and art of Britain and the world.

The British Museum holds over 50 galleries filled with artifacts from around the globe. My daughter enjoyed exploring the exhibit of intricate clocks while I delved into the Greek sculptures and vases. We visited a few highlights together, then wandered alone to meet up later with tales of what we discovered.

At the National Gallery, we learned new aspects about our preferred artists. My daughter enjoyed seeing the early works of Botticelli, while I reveled in Caravaggio’s obvious superiority over his contemporaries. The special exhibition, which provides an in-depth look into an artist, by good luck, turned out to highlight my favorite, Raphael. Our visit expanded our knowledge and appreciation of art.

A visit to London provides countless educational and fun experiences. Enjoying the cultural and historical sites delivers many bonding opportunities for families.

For more information on traveling to London, check out these articles: