8 Essential Tips For Driving In Italy

When my husband and I first moved to a small village north of Rome, I was initially frightened to drive the 10 kilometers from our house to the neighboring village down the hill. The windy road was a series of corkscrew turns that the Italians seemed to traverse as if practicing for the Grand Prix. After a while, I stopped looking in my rearview mirror because, with few exceptions, an Alfa Romeo usually filled it with anxious doom. Glued to my tailgate, the car behind would swerve in and out of our mutual lane hoping to pass around any blind curve. I was simply too slow. And worse! I even had the gall to stop at stop signs.

Once braving the descent into the village, I became alert for imminent danger lurking behind any corner. Cars nonchalantly double-parked at the bar so Antonio and Giuseppe could run in and have a quick espresso. Horns honked Ciao as Maria passed the cousin of her husband’s friend’s sister-in-law. Motorbikes roared past me on a single-lane road. And Rosita abruptly stopped (without bothering with her right-turn signal), only to jump out into traffic and run into the bakery to buy fresh pane for pranzo.

The entire car culture in Italy is inescapable. There are more cars per person in Italy than in any other country in the world. (It overtook the United States in the late 1990s.) Cars slalom in and out of slower traffic, leaving little room between themselves and the cars they pass.

Anyone driving in Italy for the first time might think that there seem to be only two basic rules of the road:

But, of course, this is only an illusion. In fact, there are no less than 724 (!) road signs, markers, and rights of way in the Italian driver’s handbook. But don’t worry, you don’t have to conquer them all, just a few of the basics. To help you get started, here are eight tips for driving in Italy:

1. Go With The Flow And Enjoy The Scenery

You will probably notice right away that speed limits don’t seem to matter — except where you see green cylinder speed cameras along the roadside. Then Italians will slow down. It’s always best to drive at a comfortable pace (which might mean at least 20 kmph over the speed limit) and enjoy the beautiful Italian scenery.

But don’t be surprised if the cars behind you are tailgating. You can either choose to pull over and let them pass or ignore them and let them pass. Whatever you do, try not to get upset and always stay focused on the road in front of you!

When I was getting my Italian driver’s license, I had to practice on part of a highway under construction. The speed limit sign said 40 kmph, but my driving instructor was actually horror-stricken when I maintained that speed. “Speed up!” he said. “You’re going too slow!” In fact, the slow lane on the freeway is even called la corsia della vergogna (the lane of shame).

This tip is especially true when parking. Take care backing in and out of any parking space because Italian drivers will not slow down. They often do not use their turn signals, and when you use yours, they seem to take little heed of where you want to go.

You will also probably notice that crossing the street — even on a crosswalk — can be perilous for pedestrians. Of course, while driving, you can extend the courtesy of letting them cross the road, but don’t expect Italians to slow down.

If you’ve driven in Europe before, you know that the road signs are not always equivalent to those in the U.S. or Canada. Some road signs in Italy also have their own particularity — like being in Italian! Before arriving on the peninsula and hitting the road, do some homework and become familiar with the basic road signs.

Be aware that road signs can be misplaced, appear and then disappear, or just not exist. On the road to my house, there was a sign indicating “road works” for five years, but I never saw a man (or woman for that matter) at work. Especially in the countryside, more than once, I have driven down roads that lead to nowhere without any indication of being a dead end.

4. Driving Can Bring Surprises — Even With A GPS

Some Italian roads are only half-finished; others have suffered mudslides and still show up on your GPS as passable. Your GPS might even lead you to a street that ends in stairs! This happened to me once. Before I knew it, I was driving down three steps onto the main road! I was lucky there was no damage to the car — perhaps Italian angels carried me through the ai?!

In the countryside don’t be surprised if you encounter sheep and cowherds crossing mountain passes and even — when driving at dusk — a wild boar or two! Many country roads are steep, gravel slopes, so be prepared to go slowly — even in first gear. If it snows, the country road you’ve parked on for the night might not get plowed in time for you to make it to your next destination. That leads me to…

5. Don’t Get Stuck In The Snow

If you visit Italy in winter and lease a car, you are legally responsible for making sure that the car is carrying snow chains or is equipped with car tires. But there’s a catch — none of the car rental firms in Italy outfit their cars with winter tires! So be sure to rent some snow chains and learn how to put them on and off in a dry warm garage and not on a snowy mountain hilltop.

6. In The City Centers, Watch Out For Areas Marked ‘ZTL’ — Zona A Traffico Limitato

These are areas where only residents have a right to enter freely. I had a friend who wanted to just pop into a shop in Rome, so she had her husband drive around the block a few times while she ran in. Not long afterward, they received an expensive traffic ticket. Every time he drove around the block he was entering and exiting the resident-only zone, so he had to pay the penalty eight times!

In addition, parking in the cities is nearly impossible. Lots of streets are one way, and you’ll need to keep an eye out for speeding Vespas that appear out of nowhere.

7. Travel During A Quiet Hour

If you are uncomfortable with nervous Italian drivers frantically trying to pass you, then try traveling during the more quiet hours. Most government offices and shops are closed between 1 p.m. and 3 p.m., so that’s when the roads can calm down. Also on Sunday, trucks are not permitted to travel on the major freeways.

If you find yourself on the autostrada (highway) in a bit of trouble, make sure you have the number for road assistance at hand, which is 116. This is the number of the Italian Automobile Club (ACI).

You can also seek assistance at the S.O.S. columns installed along the emergency lanes, approximately every 2 kilometers. These S.O.S. columns have a button that you push to send a signal, via GSM technology, to an Information Radio Center Operator, who will ask for information on your situation. They will then send out the help you need. It’s important that you stay close to the column while you wait for assistance.

Not long after I received my Italian driver’s license, a police car sped past me on a solid double line down the windy road to town. But no matter. I have caught myself running stop signs and even double parking for a quick trip into the bakery.

Italians seem to have all these laws, but they also seem to know how to maneuver around them. Their laws are mostly for show, their way of life mastered by the ones who are furbi (cunning) enough to look as if they are obeying but all the time really doing whatever they want. Despite everything, in Italy, if you want to stop, stop; and when you want to go, go. The rules may be complex, but the game…that’s simple. 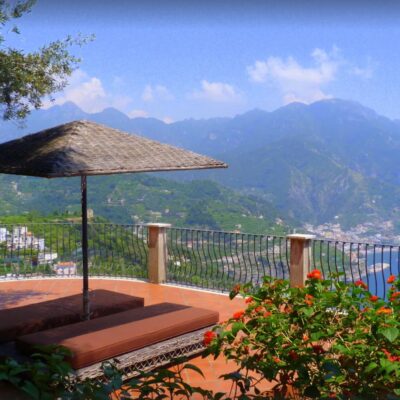 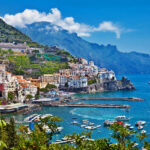 ItalyCinque Terre Vs. Amalfi Coast: 7 Key Differences To Know Before You Go 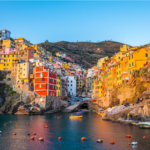 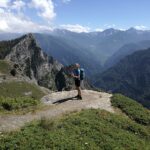