Some people have a celebrity crush. I have a Canadian crush — a Canadian travel crush, that is. I get a flutter in my heart at just the very mention of Labrador. This seldom-visited part of Canada is wildly beautiful and full of wild beauty.

Part of the province of Newfoundland and Labrador, Labrador shares a border with northeastern Quebec. And like many a crush, it’s somewhat elusive. Getting there takes a bit of planning. You can fly in, but it’s a pricey trip. You can drive in through Quebec, but it’s a long haul. You can also drive across the island of Newfoundland and take the ferry to Blanc Sablon, Quebec, which is just a short drive from Labrador itself. But no matter which route you take, once you’re in Labrador you’ll find that getting around is easier than it used to be, thanks to significant improvements made to the Expedition 51 route.

This loop connects northern Quebec with southern Labrador. For those itching to turn their travel crush into a proper love affair, the upper part of the loop is perfect for exploring southern Labrador and this part of Canada has never been so accessible.

Expedition 51 is often called a “new” driving route, reflecting many recent travel-friendly improvements, from fresh pavement to an innovative satellite phone lending programing. However, old names are still in use, including the Trans-Labrador Highway (or TLH) and Route 500. As such, if you’re met with frowns when you chat about Expedition 51, Labradorians aren’t toying with your heart! They’re just using the old familiar terminology.

If you were to start with Labrador City and make your way east, these are some of the wonderful stops you’ll have along the way. But a warning: I have a feeling you’re going to crush on Labrador just as hard as I do!

Lab City is the starting point for Cain’s Quest, which is arguably the world’s toughest snowmobile race and so filled with community spirit that it earned a spot on my list of Canada’s friendliest communities. However, while winter here is spectacular, it’s not exactly ideal for driving Expedition 51 for the first time. Thankfully, summer is a great time to visit and a visit to Gateway Labrador is a must. This stately log cabin houses the Edmund Montague Exhibit Hall, a museum that tells the story of the people, culture, and industry of the area.

Lab City is also a great stock-up stop. This is where you can tune up your vehicle, stock up on supplies, and treat yourself to some indulgences like craft beer from the Iron Rock Brewing Co.

Meghann Gallop O’Neill, who makes the long drive from Ottawa to Labrador City once a year, has some advice for traveling around this area. She recommends bringing ample snacks, lots of preloaded podcasts and playlists, and always stopping at gas stations, regardless of how much you need fuel or washrooms. The next rest stop could just be closed down!

The drive east from Labrador City to Happy Valley-Goose Bay is a big one but, thankfully, there’s beautiful scenery to enjoy along the way and one destination that really demonstrates the power of nature: Churchill Falls and the Churchill Falls Generating Station. If hydroelectricity interests you, it’s well worth making an advanced booking to have a tour of the facility. In and around the town of Churchill Falls, there are opportunities for hiking (including to the Falls themselves), fishing, kayaking, picnicking, geocaching, and swimming at Blueberry Lake.

When I talked with Labradorians, I was overwhelmed by how much love there is for Happy-Valley Goose Bay. Heather Gould, who used to live in the town, is the one who first told me about the amazing Birch Island Boardwalk, sharing with me that it’s one attraction that she now has on her own travel list. Current resident Perry Trimper echoed Heather’s enthusiasm, putting it on his list of recommendations for all visitors. Perry says: “Check out the Military Museum at 5 Wing Goose Bay, go for a walk along the Birch Island Boardwalk, or shop for local crafts at ‘Slippers ‘n Things’.” (I can’t argue with that. Slippers n’ Things has delightful homemade slippers and lovely labradorite jewelry). Christine Wheildon was another vote in favor of the boardwalk, saying: “I agree that Birch Island Boardwalk is a beautiful walking destination. The boardwalk is well maintained and has breathtaking views of the Churchill River. Walking easily amongst the untouched wilderness is a special experience.”

A quick drive north of HV-GB is the community of North West River and is well worth spending a morning or afternoon there. It’s home to the well-regarded Labrador Heritage Museum and Interpretation Centre, which Perry says “provide visitors with insight into the rich Indigenous culture of this land.” Heather also loves the area, especially a waterfall hike known as the North West River Road (also called the Simeon Falls/Peace Rock trail). The community is one of Christine’s favorite spots as well — she did her family photos on the beach!

Some of the prettiest spots in Labrador, the communities of Port Hope Simpson and Mary’s Harbour are the perfect spots for nature walks, maybe a bit of birdwatching, and enjoying picnics. Port Hope Simpson is home to the Campbell’s Place Inn, which boasts an onsite bakery. It’s a great spot to pick up sandwiches to go, as well as homemade donuts, cake pops, cookies, cheesecake cups, gumdrop loaf, and much more.

Mary’s Harbour is often described as the gateway to Battle Harbour — and it is. But it’s well worth checking out for itself! The community is home to dramatic White Water Falls. Carol Burden, owner of the local Great Caribou Studio, recommends that visitors check it out. She says “It has been recently upgraded with a new boardwalk, a gazebo, and picnic benches to rest at and when you reach your destination, a pretty waterfall perfect for photos.” Incidentally, Carol’s Great Caribou Studio is a pretty awesome destination in its own right. In addition to showcasing talented artisans, it also offers workshops so visitors can try their hand at everything from Inuit beadwork to contemporary embroidery. If that wasn’t enough, it’s also home to the Caribou Cafe where visitors can grab treats like turkey cranberry wraps, beef stew, and homemade scones all served up with their own custom coffee blend.

When I first wrote about the nearby settlement of Battle Harbour, I speculated that it may just be the most beautiful spot in all of Newfoundland and Labrador and it’s a position I’ve proudly stood by ever since. Visitors can experience life on this tiny island as it was decades ago, staying in beautifully restored community homes, sleeping under homemade quilts, and exploring the area via fishing boat.

If you want to end your adventures on Expedition 51 with a bang, you can’t choose a better place than Red Bay. This fishing village holds onto some dramatic secrets. It’s home to a priceless underwater archeological site dating back to the early 1500s when Basque whalers took shelter here. This rare history led to Red Bay being declared a UNESCO World Heritage Site in 2013 and, before that in 1979, a National Historic Site of Canada. You can learn more about the area’s history at the local interpretive center or simply meander on foot. It’s hard to find a prettier place to explore.

Before crossing back into Quebec, make a stop at Point Amour Provincial Historic Site. It’s home to a stunning lighthouse and I was fortunate enough to chat with Josclin Kelly, whose grandfather was once the lighthouse keeper. The lighthouse is precious to her for the family memories but I think everyone who visits will feel how special this place is. My conversation with Josclin has really made me appreciate that there’s a lot of beauty in the solitude of remote places, something which I think applies to all of Labrador.

Remote parts of Canada are always fun to experience and explore. Consider: 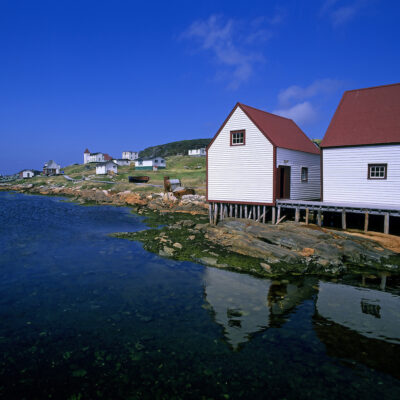 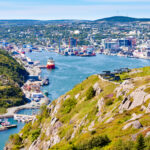 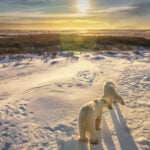