7 Luxury Ski Resorts To Experience Around The World

I came to skiing in a funny way and at an age where others are already old hands. My then boyfriend invited me to a winter trip and he was one of those “old hands” at skiing, whereas I never had even gone on a sleigh ride. Pride prevailed and I decided to give it a try. Ten days and daily lessons with a private instructor later and I was hooked.

We were off to a good start though, as he had brought me to one of the most luxurious and fashionable ski resorts in the world, St. Moritz in Switzerland. Luckily, I didn’t break a leg or twist an ankle and therefore could fully enjoy the fact that a luxurious ski resort is much more than well-kept slopes, powder snow, and lifts that don’t have endless waiting lines. Half of the fun were fabulous spas to rest the tired bones, elegant restaurants to sample the local cuisine, chic boutiques to replenish the winter wardrobe, and a lot of entertainment like horse races on the lake, sled rides, and dancing the night away in fashionable nightclubs — as long as the legs hold out. Or even go helicopter skiing if you dare.

Since then, I have been a regular skier and try to find a new resort every winter. Of course, the snow conditions are essential, but without the other amenities and luxuries, I wouldn’t consider the location. In this list, both elements of skiing have been taken into account, so you can enjoy the same and make your choice. Just one piece of advice that I always follow: 2 weeks before going skiing I attend a special class of skiing workouts and exercise. It considerably lowers the risk of injury, especially when you are no longer 20 (and even then).

Long before Davos, located in eastern Switzerland close to the border of Liechtenstein, became a luxury ski resort, the mountain village welcomed another, equally well-heeled kind of visitor: those who hoped that the crisp, clean mountain air would cure or at least relieve their tuberculosis. German author Thomas Mann’s famous novel, The Magic Mountain is set in Davos. One of the old sanatoriums, the Bellevue, has been converted into a charming hotel. What else brings international flair to Davos is the annual World Economic Forum. Royalty has been spotted on the slopes as have movie stars, all of which entails the sort of luxury one expects from this category of ski resort.

Davos is vast. Apart from the cozy, rather small village itself, there are five resorts with 58 lifts and nearly 200 miles of slopes. They are Jakobshorn, Parsenn (the highest), Madrisa (for families), Rinderhorn, and Pischa.

The best accommodation in Davos, the Intercontinental Alpengold Hotel with its distinctive design and great cuisine and services, matches the luxurious ambiance of the area.

Located in the Berner Oberland, Gstaad with 125 miles of slopes and 64 cable cars, is ideal for mid-level skiers, snowboarders, and cross-country enthusiasts. A special attraction is night skiing at Glacier 3000, the only glacier skiing in the region and one of the few remaining in Switzerland. Like Davos, Gstaad is a favorite playground of the rich and famous and there are, apart from the sports, nearly 1,000 events year-round to entertain them. The promenade, in the middle of town, is a car-free zone, lined with international designer boutiques.

The majestic Gstaad Palace Hotel and Spa was the first to open in this ski resort in 1913. The nearest airport to Gstaad is Saanen and a special attraction in January is balloon flights. Despite all that luxury and the influx of jet setters, Gstaad has maintained its wooden chalets and houses and its Swiss Alp character.

Klosters in the Canton Graubunden is located just 6.2 miles north of Davos and forms part of the same ski area. The resort is easily reached from the airport in Zurich which is only 93 miles away. Thirty-three lifts and 3,590 feet of vertical descent challenge the most avid skiers, but there are also slopes suitable for beginners. Since the 1950s, Klosters has developed a reputation as “Hollywood on the Rocks” due to the huge number of movie stars who flock to this exquisite mountain resort year after year and continue to do so. The British Royal Family, notably Prince Charles, has been coming to Klosters for 3 decades. All these celebrities enjoy the quiet luxury with a distinct lack of ostentation. The chalet-style character of Klosters Platz and Klosters Dorf has been meticulously maintained. Prince Charles walks by on his way to the Gotschnagrat cable car and nobody bats an eyelash. Klosters is also family-friendly. The marvelous Madrisa Land is the largest playground in the Swiss mountains. Instead of huge luxury hotels, there are cozy accommodations (albeit with all the luxuries) and of course the renowned Chesa Grischuna in the piano bar of which many illustrious guests have downed a drink. Parties tend to be held in private chalets rather than in nightclubs. As for shopping, no designer boutiques, just small exclusive shops. Overall, understatement and quiet wealth rule in Klosters.

Home to the yearly Hahnenkamm World Cup Race, the vertical descent of the Streif in Kitzbühel is best left to the professionals. Names like Mausefalle (mousetrap) already indicate the challenge. Located 68 miles east of Innsbruck, Kitzbuehel has 52 lifts and countless well-maintained slopes to suit all levels of skiers, snowboarders, snowshoe walkers, and fans of curling. Apart from the beauty of the Tyrolean Alps, Kitzbuehel is a well-preserved medieval town that combines historic buildings with the typical wooden lodges of the area. Olympic champion Toni Sailer runs a ski school here and has put Kitzbuehel on the map. If you are a movie fan, try to stay at the Hotel Tennerhof. In the 1920s, Ian Fleming came into town and was inspired by the then owner, a former spy. The Fleming Room is still there.

Off the slopes, relax in the Aquarena swimming pool and spa complex. As far as shopping is concerned, Kitzbuehel is famous for its expensive designer boutiques in the picturesque old town.

The ski resort of Baqueira-Beret is located in the Val d’Aran in the Pyrenees of Cataluña. With guaranteed snowfall in the winter, 36 lifts, 100 miles of pistes, and endless off-piste skiing, snowboarding, and, as a special thrill, heli-skiing, it is no surprise that this Spanish winter treasure is the favorite of the Spanish Royal Family and affluent skiers from Spain and France. The nearest airport is in Toulouse, approximately a 2 hours’ drive away. Plenty of luxury hotels cater to the discerning clientele. For instance, the five-star Hotel Val De Neu features a fantastic spa to relax after a vigorous day on the slopes.

Remember that clocks tick differently in Spain. Lunch is often as late as 3 p.m., followed by a siesta, followed by a late afternoon run on the slopes before an even later dinner, leading into the start of nightlife. There is, however, plenty in Baqueira-Beret, like the chic Tiffany’s and the Moet Winter Lounge on the slopes. Then, start all over again the next day and even try free riding.

St. Anton is the largest and best ski area in the Tyrolean Alps of Arlberg. It’s often called the “cradle of alpine skiing” because it was here that the sport was developed. In the 1930s, ski instructors from St. Anton immigrated to the U.S. to make skiing popular there. St. Anton is for die-hard skiers and partygoers. Off-piste skiing with a guide is extremely popular and there are 210 miles of groomed pistes, as well as lifts and gondolas for those who prefer marked trails. The village of St. Anton is rather quiet with shops, cafes, restaurants, and an interesting museum documenting the history of the sport, located in a wooden chalet.

Come 3 p.m., après ski starts with drinks at the popular Mooserwirt or Krazy Kanguruh. A great place to stay with fabulous spa and fitness facilities is the Hotel Himmelhof.

Who wouldn’t want to stay in a hotel that is called Heaven’s Backyard? If après ski is not enough and you want to dance the night away, head for Bar Cuba.

Whistler, just a short distance north of Vancouver, is Canada’s most famous and elegant ski resort. In 2020, it hosted many of the Olympic Winter Games events and the ideal conditions guarantee winter sport adventures for all levels of skiers. About 8,100 snow-covered acres of the Whistler and Blackcomb mountains can keep you occupied for days if not weeks. A special attraction is heli-skiing, but snowboarding and snowmobiling are also offered. There is also a special treat for lovers of wildlife: if you are lucky, you can observe bald eagles fishing for salmon.

There is no better and more luxurious place to stay than the Hilton Whistler Resort & Spa. Movies were shot in Whistler, too, among them The Gray and, if you wish to replay a scene, sip a drink at the Cure Bar of the Nita Lake Lodge.

For more on skiing, check out these articles: 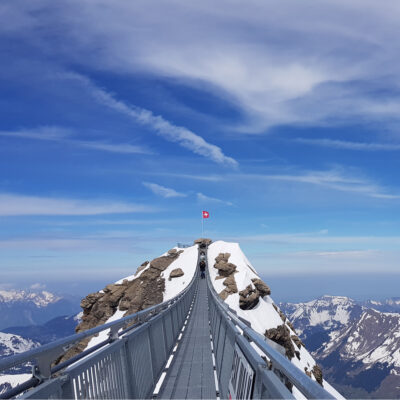 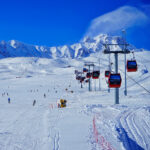 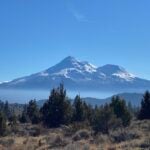 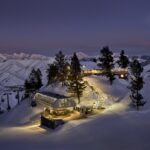