The 6 Most Haunted Sites In Ottawa

I am a wimpy traveler. The list of things I’m afraid of is a long one and includes everything from bungee jumping to stinky cheese and even roosters (believe me, they’re not to be trusted). But ghost stories? I LOVE a good ghost story!

For me, a big part of the attraction is that ghost stories are such a unique way to get to know a destination. They’re a combination of folklore, culture, history, and geography. You can’t help but feel close to a destination after you’ve learned a bit about the local ghosts and ghoulies. Plus, on a practical level, a guided ghost walk is a wonderful after-hours activity, especially if you’re traveling solo. But for all my spooky adventures, I had never gone on a ghost walk in my home city of Ottawa. Could my gorgeous city have spooky spots? This autumn seemed like the perfect time to find out.

I was familiar with some of these Ottawa legends thanks to living here for more than 15 years, but many tales were entirely new to me. I learned of them during a sponsored press experience when I took a tour with The Haunted Walk. The Haunted Walk offers ghostly guided walks in Ottawa, Kingston, and Toronto (as well as virtual experiences), and my guide for the night was Jen, an incredible storyteller who brought humor and sensitivity to the stories she shared. I won’t dare reveal all her spine-tingling tales here, as you’ll want to join a tour to hear them for yourself. But here’s a hint about what you can expect when you explore some of the most haunted sites in Ottawa.

Hosteling International (HI) properties are somewhat famous for their creative reimagining of older, underutilized buildings. For instance, I’ve stayed in former military barracks in San Francisco and a refurbished “Sears kit” house in Hyannis thanks to the creative vision of HI. However, I think that Hosteling International Ottawa might just have the most extraordinary building repurposing of all. The hostel is a former jail!

As you might imagine, given its status as a house of incarceration, this building is filled with remarkable stories and legends — and a generous amount of ghost stories. Most famously, it was here that one Patrick Whalen was executed. Whalen was convicted of the political assassination of Thomas D’Arcy McGee, one of Canada’s “Fathers of Confederation.” However, questions about Whalen’s guilt have long swirled. Was he set up? Did he have foreknowledge of the assassination plan but wasn’t the actual killer? Did he receive a fair trial? And is he one of the ghosts that haunt the hostel?

Guests and staff, along with members of the Haunted Walk team, all report a number of ghostly encounters and unexplained phenomena at the hostel. For instance, footsteps can be heard on empty floors, and doors will refuse to open or close.

If you want to stay at the hostel, which will reopen in 2022, rest assured that it is a bright, beautiful, friendly destination. The warm, welcoming staff are proud of the building’s heritage and sensitive to the past injustices that occurred when it served as a jail. But if you’d like a little extra reassurance, you can also opt for a communal dorm room and know that you’ll have some new friends around when darkness falls.

Just a few minutes’ walk from Hosteling International Ottawa sits a property on the other end of the scale when it comes to accommodations. The Fairmont Chateau Laurier is a spectacular building that’s often compared to a fairytale castle, complete with stately turrets, grand staircases, and elegant finishings. If you’re looking for a luxurious overnight stay, you couldn’t ask for a more sumptuous setting. And, suffice to say, you won’t find any dorm beds here! But the Chateau and the hostel do have one thing in common: spooky spirits. One of the most striking stories from this hotel’s many unexplained experiences is that of a fine, clear baritone voice singing on a staircase. When guests ascend the stairs to see who the supreme singer is… there is no one to be found!

I have my own, completely unsubstantiated theory on who this is. The Chateau Laurier was commissioned by Charles Melville Hays, president of the Grand Trunk Railway. The hotel was due to open on April 26, 1912, but the celebrations were delayed as Hays died just days earlier during the sinking of the Titanic. Historic photos of Hays depict quite a dapper gentleman. It doesn’t take much to imagine that he had a robust singing voice. Perhaps the songbird of the Chateau is the spirit of Hays, unable to leave the beautiful hotel that he never saw while he was alive.

The Rideau Canal is one of my favorite places in Ottawa. In spring, its banks are bursting with jaunty tulips and in winter, it comes alive as the world’s longest skating rink. There’s nothing more cheerful than watching colorfully clad skaters make their way downtown on the bright, sparkling ice. But the Rideau Canal has a dark side as well.

Construction on the canal was one of the great engineering projects of its day. Incredible numbers of laborers, very often poor French Canadian and Irish Canadian immigrants, undertook untold dangers to carve this waterway out of the earth. Injuries (and even death) were commonplace. But the biggest danger of all was malaria. Yes, there was a time when malaria was present in Canada, and it was a savage foe for those working amidst the muggy woodlands. All told, an estimated 500 to 1,000 people died during the Canal’s construction. Given that Ottawa was in its infancy at the time, graveyards and social services were in short supply. And the unrelenting pace of work stopped for no one or nothing. As such, bodies were often interred not far from where they dropped — in this case, right in the banks of the canal.

Today, the building at 150 Elgin Street (one of the oldest on the street) is the home of Beckta Dining and Wine, but the property has had many prior lives and was once Friday’s Roast Beef House. A landmark restaurant that had operated for 37 years, Friday’s was as famous for its resident ghost as it was for its roast beef and steaks. Staff reported feeling like someone was brushing up against them or poking them when they were working alone. Patrons reported hearing a loud, raspy presence breathing just over their shoulder. Perhaps it was the ghost of Dr. James Grant, who built the home in 1875. Grant, a passionate cigar smoker, was known to have asthma and a chronic raspy cough.

In any case, the spirit appears to have settled and is no longer up to its old antics in Beckta. It might be in part because a special effort has been made to appease Grant’s spirit — but you’ll have to ask the staff more about that. I won’t spoil the surprise here!

Museums are keepers of old artifacts and even older stories, so it’s not surprising that folklore and legends abound, but Ottawa’s Bytown Museum seems to be a particularly active destination for ghosts and ghoulies. This small museum, tucked down by the water between the Chateau Laurier and the Canadian Parliament, tells the story of Ottawa’s evolution as a city and the importance of the Rideau Canal.

Set in the former Commissariat building beside the Rideau Canal’s locks, this property was once of critical importance for administering trade and sales of goods in the area. However, from time to time, merry pranksters were known to abscond with some of the provisions — especially if they were of the alcoholic variety. This spirit (if you’ll pardon the pun…) of merry pranksterism seems to have continued on, with an impish ghost playing tricks like starting and stopping video recordings. Perhaps he’s just waiting to be appeased with a barrel or two of illicit rum. Who can say?

Curious to learn more about Ottawa’s haunted sites (and, let’s be honest here, more than a little eager to know if there were any places I should take care to avoid), I asked my Haunted Walk guide, Jen, what was considered the most haunted site in Ottawa. I was half-convinced she was going to say it was the hostel, but to my surprise, she said that it was Laurier House National Historic Site.

This handsome manor in downtown Ottawa served as the residence for two Canadian Prime Ministers, Sir Wilfrid Laurier and the Rt. Hon. William Lyon Mackenzie King. This is where they entertained dignitaries and politicians while often conducting the business of the state. I don’t know any of the ghostly stories myself (which is a polite way of saying that I’m too scared to ask), but I think this historic home is well worth a visit to investigate! Perhaps it’s fitting that The Haunted Walk team also offers a walk of MacKenzie King’s estate just over the water in Gatineau. It seems like wherever he went, ghosts followed!

There’s one witch that every Ottawa visitor will want to meet. The Scone Witch is one of my favorite bakeries and eateries in the city and they made a variety of flavored scones, scone-based sandwiches, and utterly bewitching treats like tiny brownies. They have multiple locations, but one is tucked in just behind Beckta! 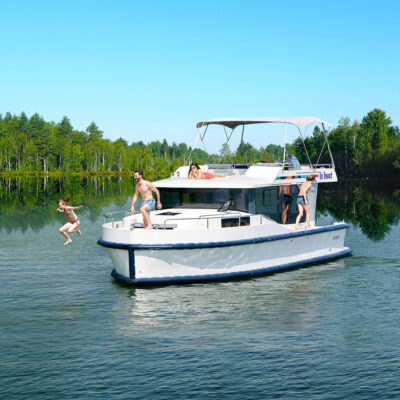 OttawaThe Houseboat Getaway Near Ottawa Perfect For The Whole Family 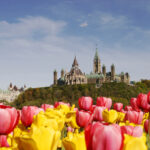 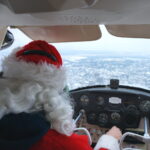 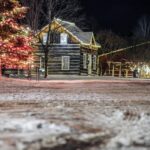