The Best Time To See Fall Foliage In The U.S. No Matter Where You Live (2022)

If you’re planning a leaf-peeping trip, you already know that the timing is challenging. Pick the wrong week, and you either arrive before the leaves have reached peak colors, or you arrive too late and miss them.

Now, there’s good news for anybody planning a trip to see fall landscapes.

SmokyMountains.com, the tourism site for the Smoky Mountain region, has released its annual Fall Foliage Prediction Map. The interactive tool gives users a county-by-county and week-by-week prediction of when autumn colors will peak across the U.S.

“Similar to any meteorological forecast, leaf predictions will never be 100 percent accurate,” David Angotti, SmokyMountains.com’s brand founder and map creator, told TravelAwaits. “However, after publishing our predictive fall foliage map for nearly a decade, we are quite confident in our data sources, process, and algorithm.”

When days start getting shorter, the trees’ leaves stop producing chlorophyll — which appears green from photosynthesis. As leaves lose their green pigment, it allows colors of the other compounds that are present to be seen. Fall leaves get their orange colors from beta-carotene, red colors from anthocyanins (which actually increase in fall), and yellow colors from flavonols.

In case you’re wondering, those data points come from a variety of private and government sources, including National Oceanic and Atmospheric Administration (NOAA) historical temperatures and historical precipitation records, forecast temperatures and forecast precipitation records, the type of tree that is predominant in geographic regions, and user data.

There’s also a way you can help update the map.

“For the first time ever, we are encouraging end-users to fill out a simple form to report the fall foliage they are experiencing in their region,” Angotti said. “With tens of millions of annual users, we expect these reports to educate the mode further and impact the mid-year update. In addition, these reports will help us identify both strengths and weaknesses in the current model so we can refine it over time.”

Here are the best times to see the fall colors in some key U.S. states, according to SmokyMountains.com.

If you will be in northern New Hampshire, you can expect to see peak fall colors around September 28. In the southern part of the state, leaves will hit their peak colors by October 12.

Fall foliage in Vermont is expected to reach its peak later this month. The ultimate peak is expected between October 3 and 7, although, beautiful colors will still be on display in southern Vermont through late October.

Peak colors in northern New York will start around September 30 and should last until about October 7. Leaves will then be past their peak by mid-October.

If you’ll be in the northern part of Maine, you can expect to see peak fall colors around September 28. Foliage in the rest of the state will reach peak color a week later. This peak should last until October 10 in the southernmost east and west portions of the state.

In early October, leaf-peepers in Maryland will see tree leaves change to vibrant yellow colors. The ultimate peak, however, will be from around October 7–14. The leaves will then be past peak color by early November.

Anyone living in or visiting Rhode Island can expect to see fall foliage reach its peak around October 10 and last until October 19. After that, the leaves will be past their peak in late October.

The leaves are expected to begin changing colors in North Carolina around October 7. Trees in most of the state should reach their peak colors around October 19 and last for about a week until October 26.

Other States Known For Fall Colors

There are, of course, numerous other states known for their fall colors and autumn celebrations. Here’s a look at the best time to see fall colors in some of those states.

Most of Michigan will be near peak color the week of October 3. By October 10, most of the state will see its peak color, lasting for about a week.

In Colorado, people around the Denver area can expect to see trees at near-peak color around October 3. Then, they will have reached peak color by around October 10, before reaching past their peaks by October 17.

Many people will use the Fall Foliage Map to plan local trips near their homes. On the other hand, if you want to travel to another state, or simply find the best places to see fall colors close to home, SmokyMountains.com can help.

For more about fall colors, be sure to read our fall travel content, including: 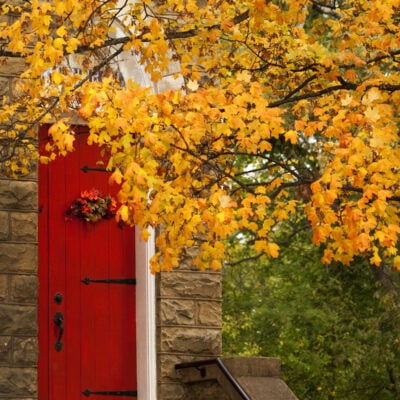 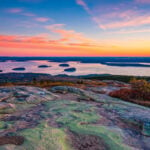 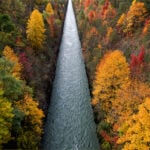 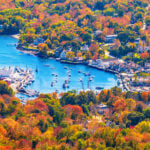 Fall TravelThe Best Time To See Fall Foliage In The U.S. No Matter Where You Live (2022)