Weekend Getaway In Kingston, Ontario: Exploring The City’s Contemporary Side

On New Year’s Eve, 1857, Queen Victoria fell in love — with a postcard. Legend has it that, tasked with selecting a permanent capital city for Canada, she was taken with a charming print of what was then the frontier town of Ottawa. In reality, the decision had already been made for her by the prime minister of Canada, Sir John A. Macdonald, and the executive branch of the government. But whether you prefer the more romantic tale or the pragmatic political one, the story ended the same way for the nearby city of Kingston, Ontario.

Kingston was Canada’s capital city from 1841 to 1844, but some politicians worried about its proximity to the enemy — the United States. After all, New York was located just across the water. As capital status flitted between Quebec City, Montreal, and Toronto for a while before Ottawa ultimately emerged victorious, Kingston held its breath, hoping against hope that the title would one day return, but it was not to be. We can only imagine how such a move would have changed the course of history!

The spirit of the early Canadian Confederation is alive and well in Kingston today, but Kingston is so much more than Canada’s bygone temporary capital. You might argue that it’s more of a contemporary capital these days. It’s a thoroughly modern destination that balances its historic roots with an entire slate of contemporary activities and amenities. Kingston has so much more to offer than limestone buildings, old universities, and a cobblestone waterfront. Here’s what to do on a weekend getaway in this underrated Canadian city.

If you happen to see someone polishing wooden planks in your hotel’s lobby, it’s not part of an on-site renovation. Innovative programs to bring craftspeople and visitors together are happening all over Kingston, and you’ll often see craftspeople set up shop in hotel lobbies to demonstrate their skills. While the hotel visitations only happen on certain weekends, visitors can connect with makers all year round at studios, art fairs, and special events. The Kingston maker community includes everyone from tattoo artists to sailmakers to woodworkers.

Play With Fire At The Kingston Glass Studio & Gallery

The only thing more fun than meeting the makers is becoming one yourself! Kingston offers a number of art, crafting, and painting classes, but my favorite is the glass-blowing workshop at the Kingston Glass Studio & Gallery. While the studio offers customizable private classes, its signature workshop helps participants create their own glass ornament and costs just $40. You’ll get up close and personal with the blazing hot glass-blowing instruments — all while the staff keeps you safe and sound.

By day, Springer Market Square is — you guessed it — home to Kingston’s farmers market, along with other special events like flea markets and art sales. But on summer nights, the square comes to life with festivals, music, and my absolute favorite: movie nights! Every Thursday during the summer is open-air movie night in Kingston. Come dusk (around 9 p.m. in June and July and 8:30 p.m. in August), drop by with your folding chair or cushy blankets (and maybe a snack or two). The movies are absolutely free, and the family-friendly selections are voted on by the public.

Kingston has a strong connection to the world of spirits and brews. Legend has it that, once upon a time, the city smuggled contraband liquor to the U.S. during the Prohibition! Today’s brewers have nothing to fear and proudly show off their products — no underground operations needed. There are plenty of pubs to visit around the city, but the best way to experience the city’s brewery scene is to take the Kingston Beer & Bites tour, which takes guests around downtown to taste seven different microbrewery beers and some tasty snacks. The company also offers a popular food tour, and the guides will proudly tell you that, second only to New Orleans, Kingston is home to the largest number of restaurants per capita in North America.

The Boiler Room is Kingston’s beloved indoor climbing gym. Located in a building that once housed a vintage wool mill, it boasts Canada’s highest indoor climb — all thanks to what was once the mill’s chimney. The Boiler Room offers both top rope and bouldering options and is very beginner-friendly, which I experienced firsthand, since it was the very first place I tried climbing. The gym works with groups and individuals and hosts nonprofits as well. And if you’re an experienced climber (sadly, not me — yet!), scaling the 100-foot-high chimney is a must.

Sing, Dance, And Play At The Grand Theatre

The Grand Theatre has been hosting performances since 1902, but it’s anything but dated. This is the place to go in Kingston to experience modern dance, classical music, intimate concerts, and, occasionally, ABBA tribute bands! Contemporary plays, limited-engagement performances, and small concerts take place on the Baby Grand stage. The Grand Theatre is a tribute to the city’s passion for the arts. Through the community’s efforts, it has avoided closure on more than one occasion. And the venue gives back, offering a long list of discounts to different groups (including 50 percent off for those 30 and under).

Check Out The Original Hockey Hall Of Fame

Most people know that Kingston — the hometown of Don Cherry, Doug Gilmour, and Jayna Hefford — has serious hockey chops. But what’s less well known is that the city hosted the first organized hockey game in the world — between Queen’s University and the Royal Military College of Canada — in 1886. At The Original Hockey Hall of Fame, you can see the puck from that game (and guess what — it’s not round!), Canada’s first Olympic gold medal, and hockey’s oldest jersey. The official Hockey Hall of Fame was later reestablished in Toronto, but the Kingston space is still the oldest sports hall of fame in all of Canada.

For 178 years, Kingston Penitentiary served as the highest-security prison in Canada; it was also one of the oldest prisons in continuous use in the world when it closed in 2013. In 1990, while still in operation, it was designated a Canadian National Historic Site. But a visit to this prison-turned-museum is about so much more than history. The building, with its spectacular dome, is considered an architectural gem. Tours of the building focus on art, indigenous life, and architecture; they are conducted with sensitivity and provide insight into the prison’s role in the community and Canadian life.

Literature lovers will be interested to know that Grace Marks, whose life and (alleged) crimes were made famous by Margaret Atwood’s Alias Grace, was once a prisoner here. Kingston Penitentiary also makes an appearance in Charles Dickens’s American Notes. If you’re a fan of design, literature, or just awesome stories, the building is a must-see. Note that the tour program here is very new — and very popular. It’s best to purchase tickets well in advance. 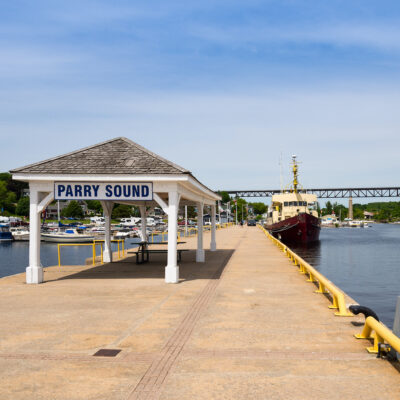 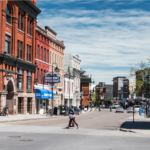 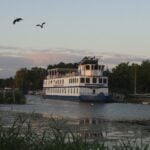 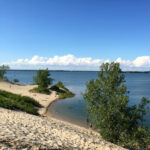