Every time I visit Victoria, British Columbia, I am struck by the beauty of its greenery and blooms. It seems as if everyone in this Canadian city has a green thumb. The year-round mild coastal climate creates a gardener’s paradise. In what has been dubbed the City of Gardens, you’ll find some of Canada’s most admired gardens. Here are six to enjoy.

The Butchart Gardens in Brentwood Bay, 30 minutes from downtown Victoria, is Victoria’s most well-known garden. A spectacular view of the Sunken Garden greets you shortly upon entry. Here, in what was once a limestone quarry, walking paths wind through more than 150 flower beds. A rock mound in the center provides a lookout point. A dancing fountain sits in the quarry pond at one end.

In the early 1900s, Jennie Butchart envisioned a grand garden replacing the dried-up quarry in her backyard after cement production had exhausted the limestone deposits. Today, this beautiful garden haven is still owned by a member of the Butchart family and is designated a National Historic Site of Canada.

In addition to the Sunken Garden, you’ll find a Japanese Garden, a Rose Garden, an Italian Garden, and a Mediterranean Garden. The gardens plant millions of bedding plants in over 900 varieties each year. Colorful displays dazzle in all seasons.

Many of the paths are wheelchair accessible. The Gardens map shows routes to take to avoid stairs.

Tucked away in a residential area of Victoria, the one-acre Abkhazi Garden’s history is as dramatic as its design. Now known as “The Garden that Love Built,” prince and Princess Abkhazi created the garden over a period of 40 years and called it their child.

The princess, orphaned at a young age and adopted by a rich childless couple, met and became friends with the exiled Prince Nicolas Abkhazi in the 1920s. The couple lost touch during World War II, but reunited and married in 1946. They settled on land the princess had purchased in Victoria.

The Abkhazis carefully chose plants to enhance the land’s natural beauty which features glaciated rocky slopes and native Garry oak. The princess likened the heather path separating the undulating lawn from rock outcropping to the Yangtze River in her former home of Shanghai. The garden flows like a river from one “room” to the next.

The couple’s house, built on a terrace with views of the garden, is now a teahouse. The Teahouse is wheelchair accessible, but many of the pathways throughout the garden are gravel or have steps that may be challenging for those with mobility issues.

The peaceful Finnerty Gardens on the southwestern edge of the University of Victoria campus feels like a sanctuary. The woodland garden contains over 4,000 different trees and shrubs.

The gardens were developed in 1974 when Jeanne Buchanan Simpson left her Cowichan Lake estate to the university. She and her husband had built up a notable collection of rhododendron species. The university decided to move many of the rhododendrons to the campus where they became the nucleus of a new garden. The garden now has one of Canada’s best collections of rhododendrons. Although the rhododendrons are at their finest in April and May, the gardens have been carefully planned to offer color and aroma year round.

The gardens are open daily during daylight hours. Entry is free. Paths meander from one garden area to the next. The many separate garden areas nestled among the trees contribute to the feeling of serenity. They also disguise the overall size of the garden. Use a map, such as this one, to make sure you don’t miss parts of it.

Between 1913 and 1914, the Dunsmuir family hired landscape architects to create gardens on their large estate nestled in a forest of Douglas firs. The estate is now part of the Royal Roads University Campus and a National Historic Site. The formal gardens remain largely intact and are open for public viewing.

Hatley Park Gardens contains unique plants and flowers from around the world and offers spectacular views of the Olympic Mountains across the Juan de Fuca Strait. Statues adorn the symmetrical Italian Garden. Roses fan out in a series of concentric rings surrounding a sundial in the Rose Garden. Roses climb up a pergola on the perimeter of that garden. Bordered by a lake and bisected by streams, the calm Upper Japanese Garden features maples, flowering cherries, azaleas, primrose, and stone lanterns. The second part of the Japanese Garden surrounds a lake where an elegant curved bridge takes you to an island pavilion.

Paths connect a series of gardens on the grounds of Government House, the official residence of the lieutenant governor of British Columbia. You’ll find a cottage garden, a rock and alpine garden, a cut flower garden, an English country garden, a herb garden, an iris garden, a Victorian garden, a winter garden, a sunken rose garden, and more. An urban woodland of native Garry oak trees and wildflowers on the southern slope of the grounds gives visitors an idea of what this area looked like before European contact.

Government House Gardens are maintained by a dedicated group of volunteers. Government House grounds are open daily from dawn to dusk and are free to visit. All formal garden areas are wheelchair accessible.

6. The Gardens At HCP

The Gardens at the Horticulture Centre of the Pacific (HCP), created in 1979, present a year-round garden experience.

The many gardens at this site include the largest outdoor Bonsai Garden in Canada and a hands-on Children’s Garden. The Herb Garden incorporates design elements from monastery and cloister gardens of medieval Europe. The Urban Garden demonstrates what can be grown on a small urban lot. The colors and scents of the Cutting Garden delight from spring to autumn.

You’ll also find a farm garden, a bird, bees, and butterfly garden, a Mediterranean Garden, a mixed borders garden, a native plant garden, a Japanese and Zen garden, a winter garden, a vegetable garden, and a drought-resistant garden. Several gardens are dedicated to specific plants.

Most pathways are wheelchair friendly, but there are some sloped areas. A leisurely walk around the gardens takes about an hour.

Other beautiful gardens to visit: 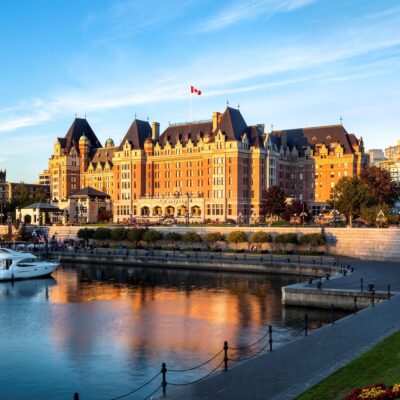 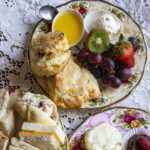 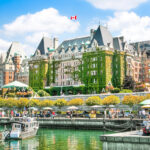 VictoriaThe Best Things To See And Do In Victoria, British Columbia 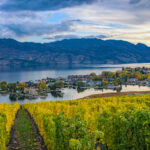